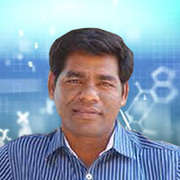 Gopal Nayak had visions of a man he felt held the key to his destiny. When he was just nine years of age, the man he had seen in these visions appeared in Gopal’s life. That man was Mahendra Trivedi. From that point on, Mahendra Trivedi began to train Gopal as a potential master and six years later he succeeded. At the age of fifteen, Gopal became the first person that Mahendra Trivedi led through the process of transformation. He is the independent researcher for a long time with the Mahendra Kumar Trivedi.