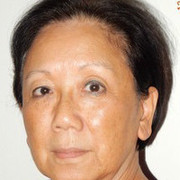 Aileen Carol Lee graduated from San Diego State University with a bachelor’s degree in Home Economics in 1974 and received her paralegal certificate from Santa Clara University in 1992. She has worked in various positions from legal secretary, paralegal and legal clerk in law firms and in a corporate in-house legal department.

Ms. Lee discovered her natural healing ability in 2008. She became interested in spirituality and spiritual practices after having a very profound reading with a spiritual guide. She became fascinated with the subject which led her to learn more about it. She started on her spiritual journey and healing path which led her to travel to John of God in Brazil, studying first degree and second degree Reiki and Spirit Channeling. In practising a Mind and Body healing modality she felt that it was very limited. She also came to the realisation that true transformation cannot be reached utilising various tactics, ritual and dogma practices. One would need to raise their consciousness. Her personal search to find an authentic catalyst for higher consciousness and true transformation continued.

In May 2011, Ms. Lee was introduced to Mahendra Kumar Trivedi and the Trivedi Effect® remotely through a live webcast. She remembers being drawn to the subjects he spoke about and their inherent truth and authenticity resonated with her. The first group biofield energy transmission from Guruji left her with a feeling of overall well-being and happiness. She felt very strong universal consciousness, divine energy flow through her body. She quickly realised this was the right place for her to fully develop her spiritual growth and personal development.

Mahendra Kumar Trivedi has the unique ability to harness the universal energy and transmit it to living organisms or nonliving materials anywhere in the world. The energy performs intelligently and beneficially to the recipient’s unique needs. This optimises the recipient’s potential at the cellular, molecular and atomic level, leading to lasting changes in their behaviours and characteristics. This unique phenomenon has become internationally known as the Trivedi Effect® part of Trivedi Global, Inc.

Ms. Lee was drawn to the Trivedi Effect® to optimise the raising of her consciousness, to further her personal development, to transform and elevate her life experiences. The scientific research and testing documenting the human biofield of Mr. Trivedi’s abilities and published peer-review research papers were enough information and validation to thoroughly convince herself that this is what she had been seeking for true, authentic personal growth and transformation.

Soon after she enrolled in the Trivedi Monthly Enhancement Program. In December 2012 she began the Healer’s Mastery Program and in the summer of 2015, she was chosen as a Trivedi science research participant to test her healing abilities.

Mr. Trivedi has no religious affiliation and does not endorse or advocate any healing modality and recommends everyone follow their own beliefs and inner guidance. However, some report the Trivedi Effect® has deepened their religious practices, faiths and spiritual practices by entering into higher levels of consciousness through his biofield energy transmissions. People assert having experienced spiritual awakenings, more profound experiences during the practice of Yoga, Tai Chi, Qi Gong, meditation and mindfulness, along with greater progress of their spiritual development and spiritual journey. Health care industry workers, holistic medicine practitioners natural healers, Reiki healers, Reiki practitioners, massage therapists, Healing Touch Massage practitioners, Acupressure practitioners, Acupuncture practitioners and holistic medicine practitioners as well as life coaching therapists have reported heightened potential and capabilities in their healing abilities. More than 250,000 individuals have sought Mahendra Kumar Trivedi’s abilities and have affirmed to extraordinary benefits in their physical health, relationships, emotional health, mental potency, sexual satisfaction, business ventures and finances and much more. He was aware of the power of psychological influence and people’s vulnerability to the placebo effect. Mr. Trivedi wanted to assess the authenticity of the human testimonials through the application of the Trivedi Effect® in the discipline of science.

He currently has a database of over 4,000 scientific studies in many life sciences, material sciences, agriculture, livestock, biotechnology, microbiology, genetics, cancer and human health and has nearly 200 publications in leading peer reviewed journals substantiating the dramatic results reported through human testimonials. These publications have been adopted by the National Institutes of Health, approximately 900 U.S. universities including Princeton, MIT, Yale, Columbia, Brown, Harvard, Penn State, Dartmouth, Cornell, Oxford and Cambridge. All studies and publications have revealed results that have astounded scientists worldwide and led to his collaborations with major, leading scientists such as Dr. Rustum Roy, a materials scientist from Penn State University, nominated for Nobel Prize 23 times. In his corroboration with Guruji Mahendra Kumar Trivedi, Dr. Roy predicted that Mr. Trivedi’s science research would trigger the upstart of a new scientific paradigm of understanding. He had this to say about Mr. Trivedi and his abilities, “I see him as the completion of what India has brought to the world in modern scientific terms. ... Science is the religion of the world. It’s going to be very tough for the establishment to hold onto old ideas. I think with Mr. Trivedi's potential, he may become a pioneer in loosening the grasp of old science... I have no doubt Mr. Trivedi will change the face of science and human wellbeing in my lifetime.”

It has become apparent Mr. Trivedi has the unique ability through his thoughts and intentions to transmit universal consciousness. The energy acts from universal consciousness performing intelligently universally as a basis for all living and nonliving things on this planet to transform in great ways to improve the conditions and foundation of existence in this world.

It is clear that the Trivedi Effect® has some type of inherent intelligence capable of distinguishing and treating each recipient uniquely. In a study to assess the Trivedi Effect® biofield energy treatments on a mixture of cancerous and noncancerous cells at California Pacific Medical Research Institute gives undeniable support of this theory: “The results suggest that the biofield treatment administered in the laboratory can induce cell death of brain cancer cells from a distance while at the same time promoting viability of normal brain cells. Such selective efficacy against cancer cells is the sought after ‘holy grail’ for novel experimental anti-cancer agents and makes this work all the more exciting.” Garrett L. Yount, Ph.D.

The Trivedi mission statement is to utilise the Trivedi Effect® to usher in a new era that integrates scientific research with consciousness to vastly improve the human condition and benefit humanity on a global scale.