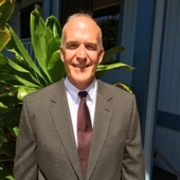 Alan Balmer earned a Bachelor’s degree in business administration from the University of New Orleans in 1980.  He also passed the Uniform Certified Public Accountant examination.

Alan ran a CPA firm for thirty one years.  He was the owner of Balmer Nelson Van Mersbergen, with a client base of over four hundred clients and a staff of four to five accountants.

During that time, Alan served as a financial controller for a twelve million dollar organisation at the same time as operating the accounting firm.  This engagement lasted over twenty five years and thrived by integrating the engagement into the business operation of the CPA firm.

Alan also advised approximately two dozen high net worth clients on a regular basis.  Two clients were part of a family business with a net worth in excess of one trillion dollars.  Two other business owners went on to sell their business for over one hundred and seventy million dollars and another for over one hundred million dollars.  Another client operated a large upscale retail chain located in eight states.  Other clients were nationally known best-selling authors, speakers and television personalities.

Prior to operating his own firm, Alan worked for the international accounting firm of Laventhol Horwath in their Washington DC office.

At the end of 2014, Alan sold his practice and retired from public accounting at the age of 56.  He currently lives with his wife Joy in Maui, Hawaii.

Alan has always had a strong spiritual drawing.  He began practising Transcendental Meditation after high school and moved to Fairfield, Iowa, the home of Maharishi International University when he was 22 years old.  He operated his accounting practice from there.

Fairfield is a spiritual community that offers the opportunity to connect with spiritual teachers that visit from around the world.  It is where Alan heard about and was introduced to Mahendra Kumar Trivedi and the Trivedi Effect.

After being exposed to a vast number of spiritual teachers and programs, it was obvious the level of the spiritual blessings from Guruji Mahendra Trivedi stood apart and was on a different level from everything else.  “After a blessing from Guruji, I came to understand there wasn’t much going on in any other corners of the world.”

When Alan heard about Mahendra Trivedi’s mission to utilise the Trivedi Effect to usher in a new era that integrates scientific research with consciousness to vastly improve the human condition and benefit humanity on a global scale, he jumped at the opportunity to be a part of this cutting edge research.

Mahendra Trivedi is collaborating with an international research organisation to study the impact of the Trivedi Effect on nutraceuticals for overall health, prebiotics, probiotics, antioxidants, anti-aging and in products that can potentially treat cancer, obesity and inflammation.

As a result of these experiments, Alan and a group of Trivedi healers, including Dimitrius Anagnos, Janice Patricia Kinney, Joni Marie Holling, Joy Angevin Balmer, Lauree Ann Duprey-Reed, and Vaibhav Rajan Parulkar have been able to transcend scientific results beyond the frontiers of the current scientific paradigm.  By harnessing the potential and heightened capacity of the human biofield, this group has successfully transformed living organisms and nonliving materials at the atomic, molecular and cellular structures of existence to greatly enhance and alter the characteristics and behaviours of the treated specimen.

The results of experiments relating to the capabilities of the Trivedi Effect have been posted in over 150 international peer-reviewed science publications.  These publications have been adopted by the National Institute of Health, over 900 universities within the U.S. and hundreds more internationally.  The calibre of the universities adopting these publications includes Oxford, Cambridge, Princeton, Harvard, Colombia, Brown, Dartmouth, Penn State, Cornell and Yale.

Parents with children who have Autism Spectrum Disorders have observed visible and dramatic shifts in their children’s mood, social interaction, awareness, environmental integration, behaviour, and mental and emotional wellbeing.

The Trivedi Effect endorses no religious belief nor any healing modality.  It recommends everyone follow their own beliefs and inner guidance. However, some report the Trivedi Effect® has deepened their religious practices (Christianity, Catholicism, Protestant, Baptist, Judaism, Scientology, Hinduism and Buddhism). By entering into higher levels of consciousness through the Energy Transmissions, people have experienced Spiritual Awakenings, more profound experiences during spiritual practices such as yoga, meditation and mindfulness, and greater progress along their Spiritual Journey.

Additionally, many people claim they have discovered their life’s purpose and feel more deeply connected to Nature, Spirit and their souls.  Others find that their capabilities as healers in areas such as Integrative Medicine, Holistic Medicine, Functional Medicine, Acupressure, Acupuncture, Energy Medicine,  Energy Healing, Healing Touch, Tai Chi, Reiki, Qi Gong, Personal Development and other alternative and complementary medicine modalities, has been heightened.

Despite the increasing number of over 250,000 individuals who attest to beneficial results in physical health, sexual satisfaction, relationships, emotional health, mental potency, business ventures, finances and much more, Mr. Trivedi was aware of the possibility of the placebo effect. Thus, he sought to evaluate authenticity of the Trivedi Effect® through rigorous, scientific application.

Mr. Trivedi created an invaluable database on the power of consciousness and human potential, with over 4,000 scientific studies conducted on the Trivedi Effect® in agriculture, livestock, biotechnology, microbiology, genetics, human health, cancer and materials science.  Furthermore, nearly 200 papers have been published in leading international peer reviewed scientific journals documenting measured results of the Trivedi Effect®, thus excluding the possibility of the placebo effect.

Astounding results have led to collaborations with leading scientists such as Dr. Rustom Roy, a materials scientist from Penn State University who was nominated for the Nobel Prize 23 times. Through his corroboration with Guruji Mahendra Trivedi, Dr. Roy predicted that Mr. Trivedi’s science research would trigger the upstart of a new scientific paradigm of understanding.  He had this to say about Mr. Trivedi and his abilities, “I see him as the completion of what India has brought to the world in modern scientific terms. Science is the religion of the world.  It’s going to be very tough for the establishment to hold onto old ideas.  I think with Mr. Trivedi's potential, he may become a pioneer in loosening the grasp of old science. I have no doubt Mr. Trivedi will change the face of science and human well-being in my lifetime.”

“The results suggest that the biofield treatment administered in the laboratory can induce cell death of brain cancer cells from a distance while at the same time promoting viability of normal brain cells.  Such selective efficacy against cancer cells is the sought after ‘holy grail’ for novel experimental anti-cancer agents and makes this work all the more exciting.”  Garrett L. Yount, Ph.D.

Alan’s mission statement is to utilise the Trivedi Effect® to usher in a new era that integrates scientific research with consciousness to vastly improve the human condition and benefit humanity on a global scale.  Currently, Alan is continuing his investigation of the energy that powers the Trivedi Effect® via collaboration with an international, multi-billion-dollar research organization to study the impact of the Trivedi Effect® on revolutionary pharmaceutical and nutraceutical products with great promise for the treatment of immune disorders, inflammatory diseases, cancer and obesity, as well as for anti-aging, antioxidants, probiotics, prebiotics and overall health for the betterment of the world.