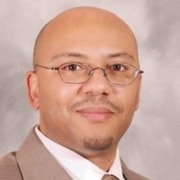 Brian A. Weekes is an entrepreneurial technologist with a deep analytical and business minded background who sets standards and leads teams to deploy them. What sets him apart is his ability to analyze business needs and generate sound, supportable solutions to achieve business goals. For over 16 years he has built and managed infrastructures tailored for specific business processes from the ground up for global enterprises. He has revolutionized these processes with new technologies and systems in the software engineering, e-commerce, health care, bio-pharmaceutical, energy and financial investment industries. His prior technology, management and business experience has allowed him to serve multiple roles in the Information Technology space from Systems Engineer to Enterprise Architect to CIO Consultant where he can make a major impact needed most to align technology and teams with business objectives.

Mr. Weekes has worked with transformational leaders to increase his full capacity for success, higher consciousness, leadership, integrity and overall happiness. He has studied personal development, self-expression and leadership coaching, business and investment management, communication and the art of manifestation. During his pursuit of knowledge and discovering his life purpose, he has built sound relationships and started business ventures in the areas of real estate finance and asset management.

In February of 2011, Mr. Weekes was introduced to Guruji Mahendra Trivedi during a series of three live teleconferences when he first experienced Mr. Trivedi’s unique ability to harness energy from the universe which he can transmit to any living organism across the globe to enhance its potential. This phenomenon is known as the Trivedi Effect® and the energy transmitted has the inherent intelligence to know where to go, what objects to infuse and how to optimize the object’s potential. Shortly after the teleconferences, Mr. Weekes noticed he had an increase of energy throughout the day and a sense of calm despite a high level of stress and insufficient sleep to meet high priority demands in his line of work. Intrigued by these changes, he started participation in the Trivedi Master Wellness programs in March of 2011 and soon discovered he no longer suffered from dizzy spells, fatigue, headaches and numbness in his limbs.

Seeing the drastic improvement in his own physical and mental wellbeing, Brian Weekes progressed to the Master Healing Program with Mr. Trivedi. In January of 2016, he became one of the candidates for the Trivedi Effect® science experiments, demonstrating the human potential required to harness the life force energy from the state of Massachusetts in the United States and transmitting it across the globe to be infused into objects in an undisclosed location in India. Mr. Weekes participated in this experiment with 19 other energy healers, some of whom are also known to use the Trivedi Effect® when they conduct their Biofield energy healing treatments to help people suffering from the following issues: mental potency, sexual satisfaction, sexual impotency, inflammation, joint pain, muscle pain, chronic pain, Insomnia, sever migraines, low libido and low energy. The other healers that participated in the experiment were: Ariadne Esmene Afaganis, Barbara Marie Bader, Daphne Luisa Dumas, Denise Marie Fiedler, Dennille Mellesia Smith, Desi Pano, Donna Felice Falla, Donna Maria Alija, Elaine Barbara Mullins, Elaine M. Scorza, Ellia O’Donnell, Fabio Massimo Paciucci, Frances Goodman Warlick, Haddon Norman Salt, Inthirani Arul, Jacqueline Y. Andrews, James Jay McLeran, James Stephen Burnett, Jean Caroline White. Each participant conducted the experiment remotely from their own separate location around the world to test for the potential use cases of the energy transmissions. The paper for the study on this experiment has been accepted by peer-review for publication in a scientific journal.

Guruji Mahendra Kumar Trivedi is a spiritual master who founded Trivedi Global, Inc. and the Trivedi Effect®, also practiced by Alice Branton, Dahryn Trivedi and Gopal Nayak, his three gifted masters working with him. There are more than 4,000 scientific studies on Mr. Trivedi’s capabilities in life sciences and material sciences that range from cancer, human health, genetics, biotechnology and microbiology to agriculture and livestock. He has hundreds of publications in peer-reviewed scientific journals that have been adopted by the National Institutes of Health and over 800 universities in the United States that exclude the possibility of the placebo effect. These include top universities such as Harvard, MIT, Columbia, Cornell, Princeton, Brown and Penn State. After conducting extensive research and experimentation on Mr. Trivedi’s biofield energy treatments, Dr. Rustum Roy, a leading materials scientist and 23 times Nobel Prize nominee, was quoted as saying,

“I see him as the completion of what India has brought to the world in modern scientific terms. … Science is the religion of the world. It’s going to be very tough for the establishment to hold onto old ideas. I think with Mr. Trivedi’s potential, he may become a pioneer in loosening the grasp of old science” and “ I have no doubt Mr. Trivedi will change the face of science and human well-being in my lifetime.”

As reported by Allice Branton, CEO of Trivedi Global, Inc.,

“Participants often report changes in their mood for the better. Typically greater happiness, love of life, deeper relationships. Some who often felt stressed notice a sense of calmness and those who had negative outlooks on life claim they have a more positive, altered perception now.”

People have also reported a deeper spiritual connection to their faith as one of the results from participation in the Trivedi Master Wellness Programs even though Mr. Trivedi lacks any religious affiliation or conduct religious practices. He has however expressed respect for religion, yoga, meditation and spiritualism.

Trivedi Global, Inc. has conducted extensive studies on a mixed sample of cancerous and noncancerous cells with the California Pacific Medical Center Research Institute to support the theory that the Trivedi Effect is able to distinguish and treat each cell uniquely. According to Garrett L. Yount, Ph.D.,

“The results suggest that the biofield treatment administered in the laboratory can induce cell death of brain cancer cells from a distance while at the same time promoting viability of normal brain cells. Such selective efficacy against cancer cells is the sought after “holy grail” for novel experimental anti-cancer agents and makes this work all the more exciting.”

Brian Weekes is member of a very small group of scientifically validated, Biofield Energy Healers on this planet whose tested and measured abilities have been published in peer-reviewed, international, science journals. The research from this group, developed by Mr. Trivedi and Ms. Branton, shows promise for treatment of autoimmune disorders and inflammatory diseases.