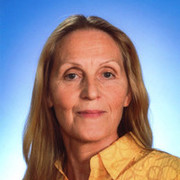 Ms. Sand is a natural healer by birth and has known since a very young age that there was something more, a higher consciousness, a universal consciousness. She has been searching for a way to develop her natural gifts as a healer, to polish her own inner diamond and to understand her purpose in life. Ms. Sand’s longing to enhance the human potential of other people took her around the world, learning personal development, life coaching and mind-set coaching from other transformational leaders, natural healers, energy healers and spiritual leaders. Despite her personal development, Ms. Sand understood that a true transformation and natural healing is not possible through spiritual or religious practices. Mind and body conditioning has its limitations.

In the beginning of 2011 Ms. Sand came in contact with Guruji Mahendra Trivedi and The Trivedi Effect. Since then she has been in several Trivedi Master Wellness programs and regularly received biofield transmissions and biofield energy healing treatments from Mr.Trivedi, that have completely changed her life. Ms. Sand now feels a deep calmness and no longer has sleep disorders or a fear of the future.

There are hundreds of publications and thousands of research experiments have been conducted by Guruji Mahendra Trivedi. His publications have been accepted by national institutes of health and in several universities, such as Harvard, Yale, Penn State, Princeton, MIT, Columbia, Cornell, Brown, Dartmouth, Oxford and Cambridge.

Ms. Sand’s abilities have been scientifically tested, measured and documented in a science experiment. This research has never been conducted before. Carola Sand is an authentic scientifically proven healer. This energy has inherent intelligence. No tricks or techniques are required, it is a gift, the grace of God, to harness this energy.

The Trivedi Effect is intelligent energy, life energy in the universe that manmade machines cannot harness. The forms of energy currently known are electrical, magnetic, solar, wind, thermal, gravitational and optical. They all have limitations and don’t perform universal intelligence. To harness inherent intelligence, human potential is required. The energy performs intelligently and benefits the recipient’s unique needs, optimizing potential at a cellular, molecular and atomic level.

The results of the scientific studies and publications have astounded leading scientists such as Dr. Rustum Roy, a materials scientist from Penn State University. This has led to collaborations between Mr. Trivedi and the 23 time Nobel Prize nominated scientist. Dr. Roy has said the following about Mr Trivedi: ‘’I see him as the completion of what India has brought to the world in modern scientific terms. …Science is the religion of the world. It’s going to be very tough for the establishment to hold onto old ideas. I think with Mr. Trivedi’s potential, he may become a pioneer in loosening the grasp of old science… I have no doubt Mr. Trivedi will change the face of science and human well-being in my lifetime.’’

In a study at California Pacific Medical Center Research Institute Mr. Trivedi’s biofield energy treatments were conducted on a mixed sample of cancerous and noncancerous cells. ‘’ The results suggest that the biofield treatment administered in the laboratory can induce cell death of brain cancer cells from a distance, while at the same time promoting viability of normal brain cells. Such selective efficacy against cancer cells is the sought after “holy grail” for novel experimental anti-cancer agents and makes this work all the more exciting.’’ - Dr. Garrett L. Yount, Ph.D.

Children with Autism Spectrum Disorders who have received biofield treatments have seen dramatic changes in their behaviour, social interaction, mood, and emotional integration with their environment. Some reports have indicated that it has helped during cancer treatment, reducing the recovery period after receiving radiation and chemotherapy.

People also say they have found their soulmates, experienced spiritual awakenings by entering into levels of higher consciousness, some feel deeply connected to their souls, spirit and nature, and have discovered their life purpose. They have seen greater progress in their spiritual journey and have deepened their religious faiths, such as Christianity, Catholicism, Protestant, Baptist, Judaism, Scientology, Hinduism and Buddhism. They also have more profound experiences during spiritual and religious practices, like yoga and meditation, as well as heightening the potential and capabilities of healers and health care industry workers, like Reiki healers and The Journey practitioners. The following practitioners of alternative and complementary medicine have also seen their abilities heightened: Theta healing, Tai Chi, Qi Gong, NPA, massage, acupressure, acupuncture, healing touch, energy healing, energy medicine, integrative medicine, holistic medicine, functional medicine, etc…

Mr. Trivedi has no religious or spiritual affiliation and recommends that everyone follows their own beliefs and inner guidance. Trivedi Global, Inc. wants to integrate scientific research with consciousness, to improve the human condition and benefit humanity on a global scale, and study the impact of the Trivedi Effect on revolutionary pharmaceutical and nutraceutical products, treatment of immune disorders, inflammatory diseases, cancer and obesity; as well as for antiaging, antioxidants, probiotics, prebiotics and overall health for the betterment of the world.