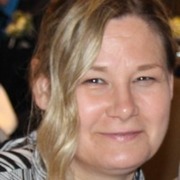 Cathryn Nykvist graduated from high school (Canada) in 1983 and then pursued university studies, travelled and moved to Finland. She studied and worked in Finland until the birth of her first child in 1995. From the age of 12, Cathryn was interested in personal healing and health. While living abroad she became aware of her personal responsibility to heal oneself. She pursued self-study in health and wellness for many years; and also took many courses after her return to Canada. Cathryn learned about Mahendra Kumar Trivedi in 2010 and immediately connected with his work. In June, 2011 she joined the Healing Masters Program. She has been working with this program continuously since this time. Cathryn has, in particular, collaborated in science experiments with 17 other healers using the Trivedi Effect including Celine Lavelle (Ireland), Leonid Soboleff (Russia) and Maire Mayne (England). As well, she has worked with the Canadian participants using the Trivedi Effect: Dianne Vincent, Joanne Starodub and Padmanabha Pillai. She has also had the pleasure to work with many American healers utilizing the Trivedi Effect including Daniel Przybylski, Dorothy Felger, Douglas Konersman, Elizabeth Feeney, Jay Prague, Karan Rasdan, Karen Strassman, Mary Keesee, Pamela Ansley, Ronald Schmitz and Sharyn Sodomora.

Trivedi Global, Inc has guided and taught Cathryn's study in biofield healing energy. She has learned about the Trivedi Effect through her attendance in many seminars and workshops hosted and taught by Mahendra Trivedi (Guruji), Dahryn Trivedi and Alice Branton. She has also benefited from hundreds of blessings from Guruji, Dahryn Trivedi, Alice Branton and Gopal Nayak.

Cathryn had a desire to develop her gifts as a natural healer from an early age. Her studies included nutrition, vitamins and minerals, herbs, essential oils, tree and flower essences, muscle testing, doula training, natural childbirth, yoga, tai chi, yoga for kids, energy healing and energy work and spiritual counseling. Early on her spiritual journey she had the pleasure and honour to become acquainted with Reiki and Qi Gong along with learning about many different religious and spiritual practices. She avidly read about holistic medicine and personal development. Her spiritual journey introduced her to mindfulness, meditation, pranic healing and arhatic yoga. Spiritualism and questions about her life purpose led her to a life of prayer and motivation while cultivating empathy, compassion and intuition. She listened to many transformational leaders and actively pursued studies in energy medicine.

Cathryn has learned through Mahendra Trivedi's lectures more about life sciences and the placebo effect and genetics. Guruji has devoted considerable time teaching about conditions such as cancer, inflammation, chronic pain, sexual disorders, fatigue, low energy, mental well being, psychological disorders, depression, post traumatic stress disorder (PTSD), social anxiety, worry and indecisiveness. Guruji is keen to improve his students intellectuality and intelligence. He is eager to lead them to deeper life relationships and to finding their soul mate. His students often find that they start to experience an indescribable peace and a love of life that they did not have previously.

Cathryn learned that mind/body conditioning has its limitations and that transformation was possible beyond common understanding through the energy transmissions of Guruji, Gopal, Dahryn and Alice. Cathryn received her first energy transmission in November, 2010 from Mahendra Trivedi. She awoke the next day from a deep and refreshing sleep pain-free. She discovered that she was experiencing a new calmness despite the present stressful situation she was dealing with.

Mahendra Trivedi has the ability to harness the energy from the universe and transmit it anywhere on the globe, infusing it into living organisms and non-living materials, optimizing their potential. This unique phenomenon with the ability to benefit recipients according to their unique needs has become world renowned as the Trivedi Effect. Cathryn Nykvist was drawn to the Trivedi Effect's ability to transform, relieve and elevate her own human experience; and the documented scientific experiments on the Trivedi Effect validated its authenticity as a transformational tool to her.

Cathryn has spent time with Guruji, Dahryn Trivedi and Alice Branton in person and in telephone conversation. The time spent with these healers from Trivedi Global, Inc has been transformational and affirming of the power of the Trivedi Effect.

A large and rapidly increasing number of people have experienced the Trivedi Effect and report that their lives have new meaning and they are feeling greater calmness, happiness, compassion, love, affection, indescribable peace, empathy, inspiration, motivation, spirituality, intuition, self-esteem, intelligence, pleasure, deeper relationships, enthusiasm, sexual satisfaction, altered perceptions, and full of love for life. Some have found their soul mate, others have experienced spiritual awakening by entering into levels of higher consciousness. Some feel more connected with the Divine, with their soul and with their higher purpose. Mr Trivedi has no religious affiliation and does not endorse any healing modality. He recommends that everyone follow their own beliefs and inner guidance. Some report the Trivedi Effect has deepened their connection to their religious faith (whether that be Christianity, Judaism, Hinduism, Buddhism, Muslim, etc) or their spiritual journey. Many have also found that they have more profound experiences during their spiritual practices (yoga, meditation, prayer, etc). Others find that their capabilities as healers in areas such as Integrative Medicine, Holistic Medicine, Functional Medicine, Energy Medicine, Energy Healing, Healing Touch, and other alternative and complementary medicine modalities has been heightened.

More than 250,000 individuals have sought that extraordinary benefits of biofield energy treatments administered by Mahendra Trivedi. A vast and continuously growing number of testimonials attest to beneficial results in business ventures, finances, health, relationships, emotional health, intelligence, etc. Guruji's awareness of susceptibility to the placebo effect led him to assess the authenticity of the human testimonials through the application of the Trivedi Effect in the arena of science.

There are over 4,000 scientific studies on the Trivedi Effect in many life and material sciences, including: agriculture, livestock, biotechnology, microbiology, materials science, genetics, cancer and human health. Mr Trivedi has published nearly 200 papers in leading international peer-reviewed scientific journals documenting measured results of the Trivedi Effect, thus excluding the possiblity of the placebo effect.

Astounding results have led to collaborations with leading scientists such as Dr Rustom Roy, a materials scientist from Penn State University who was nominated for the Nobel Prize 23 times. Roy's extensive experimentation on the abilities of Mr Trivedi's biofield treatments led Roy to say, “I see him as the completion of what India has brought to the world in modern scientific terms. Science is the religion of the world. It's going to be very tough for the establishment to hold onto old ideas. I think with Mr Trivedi's potential, he may become a pioneer in loosening the grasp of old science...I have no doubt Mr Trivedi will change the face of science and human well-being in my lifetime.”

Mahendra Trivedi's work within the international scientific community is extensive and ongoing. This research constitutes an invaluable database for scientists attempting to understand the power of consciousness, energy medicine and the human biofield of energy. The Trivedi Effect is continuously being applied in a broad range of scientific fields to transcend the current scientific paradigm. By harnessing the potential of the human biofield, Mr Trivedi has successfully transformed living organisms and non-living materials at the atomic molecular and cellular structures to greatly enhance and alter the characteristics and behaviours of the treated species.

Mr Trivedi's mission is to utilize The Trivedi Effect to usher in a new era that integrates scientific research with consciousness to vastly improve the human condition and benefit humanity on a global scale. Currently, he is collaborating with an international research organization to study the impact of The Trivedi Effect on nutraceuticals for overall health, prebiotics, probiotics, antioxidants and anti-aging; in products that can potentially treat cancer, obesity, inflammation and other conditions; and pharmaceuticals in hopes of creating new, revolutionary products to benefit humanity.

Although it seems clear that the Trivedi Effect has some sort of inherent intelligence that is capable of distinguishing and treating each recipient uniquely, a study conducted to assess the Trivedi Effect biofield energy treatments on a mixed sample of cancerous and non-cancerous cells at the California Pacific Medical Center Research Institute provides undeniable support to this theory: “The results suggest that the biofield treatment administered in the laboratory can induce cell death of brain cells from a distance while at the same time promoting viability of normal brain cells. Such selective efficacy against cancer cells is the sought after 'holy grail' for novel experimental anti-cancer agents and makes this work all the more exciting.”

The Trivedi mission statement is to utilize the Trivedi Effect in a new era that integrates scientific research with consciousness to vastly improve the human condition and benefit humanity on a global scale Mr Trivedi's capabilities are not fully understood by science today but have unquestionably been proven true through scientific assessment. He has the ability to transfer energy through his thoughts, directed by his intention. This energy acts as if it comes from a form of Universal Consciousness, performing intelligently, universally and fundamentally as a basis for all living and non-living forms on this planet to transform in great ways that act to improve the conditions and foundation of existence on this world.

The Trivedi organization does not attempt to explain the nature and origin of this energy as it does not fit into any existing beliefs or paradigms available on this planet. The impacts of the Trivedi Effect are universal and can be applied to both living and non-living substances with seemingly limitless capacity in widereaching applications for the betterment of the world.