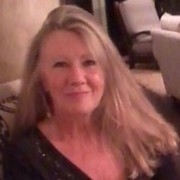 Debra Schnitzer was born in Houston, Texas and from a very early age, had a great affinity for people, animals and nature. From her earliest memories she dreamed of living on a farm where she could provide a safe shelter for animals and live her life in harmony with nature. That dream became a reality in the late 1980’s when Debra began cultivating her farm. Her lifelong love of horses pushed her to achieve the British Horse Society Assistant Instructorship and she would later compete and teach lessons. She went on to accomplish great things with her Arabian horse Rio in Endurance riding, completing 50 miles in just over 4 hours.  She has had a most creative career in a variety of professions from model, actress, film and stage, commercial voice talent and makeup artist and has been able to travel to over 30 countries.  While pursuing her talents, she was still pursuing a much deeper, soul yearning for a deeper spiritual connection to “all that is” the Universal Life force energy.  This Spiritual journey led her down many roads. She became a minister of the Universal Life Church, a student of Yoga, Meditation, Reiki, Healing Touch, Energy Healing, Energy Medicine, Personal Development, Tai Chi, Mindfulness Training and to study a Course in Miracles. She studied with countless Transformational Leaders, and Motivational Speakers, reading hundreds of best selling authors and taking online courses only to come up still dissatisfied. However, the journey was preparing her for something greater yet to come.

To make a living on the farm a reality, Debra needed to reinvent herself so she went to massage school and earned the esteemed designation of National Board Certification in Therapeutic Massage & Bodywork. She went into private practice and has become the most sought after therapist in her area. Always seeking to find ways to help her clients and understand the mystery of life, she explored Shiatsu, Temple style Qi Gong, Acupuncture, Acupressure, Cranial Sacral, Deep Tissue, Swedish, and spent 1000’s of hours on continuing education. This would lay the foundation to provide a livelihood for herself and nurture her love of nature.

Still feeling she could do more to bridge the physical world with the beauty of the spiritual world for herself and her clients she studied with Dr. Fritz Smith and the Zero Balancing Association. Zero Balancing is a type of alternative or manual therapy devised by “Fritz” Frederick Smith (born 1929) in the 1970’s. Smith proposed that a kind of energy field with the human body could be affected with bodily manipulations, so bringing health benefits. Zero balancing is pseudoscientific.According to Fritz Frederick Smith, the founder of zero balancing, "Zero balancing teaches that the deepest currents of energy are in bone, that memory can be held in tissue, that energy fields in the body underlie mind, body and emotions, and that imbalances in the field precede pathology". In 2005 Debra became a certified zero balancing practitioner.

The yearning to understand more of all that is still existed so Debra was guided to a radio talk show call that Mr. Mahendra Kumar Trivedi was a guest speaker.  At the end of the call Mr. Trivedi graciously offered the listeners an “energy transmission”.  After the transmission Debra felt like, for the first time in her life, she was aware of being connected to the Omnipotent, Omnipresent, all powerful, all that is consciousness. What a blessing Mr. Trivedi was giving.  Debra deeply resonated with the wisdom Mr. Trivedi was graciously sharing and the energy transmissions held a real chance to truly bring about transformation in herself and utilising the ripple effect, for her clients. So, in 2011 Debra became a part of the Trivedi Healer’s Mastery Program. This program was designed especially for health care practitioners and Debra has taken every opportunity Mr. Trivedi has offered to receive both in person and remote energy transmissions not only from Guruji Mahendra Trivedi but also Master Alice Branton, Master Dahryn Trivedi and Master Gopal Nayak  An opportunity for her to take the next step towards the “truth”.  Little did she know at the time what a leap she was really taking.

Mr. Trivedi is not only interesting for the phenomenal amount of power he can transmit but he is the only person to date to have taken the time and money to push through the preexisting limits of science. Debra feels the biofield energy transmissions, otherwise known as the Trivedi Effect hold the key to the future of the health care industry. Beyond anything she has ever experienced this energy has the ability to enhance human health and optimise human potential.

Although it seems clear that the Trivedi Effect energy has some sort of intelligence that is capable of distinguishing and treating each recipient uniquely, Mr. Trivedi continues to work within the international scientific community. This research constitutes an invaluable database for scientists attempting to understand energy medicine, the power of consciousness and the human biofield. By harnessing the potential and heightened capacity of the human biofield, Mr. Trivedi has successfully transformed living organisms and nonliving materials at the atomic, molecular and cellular structures of existence. The Trivedi Effect has proven to alter the size of the atom, energy within and between atoms, and convert energy into mass. His mission is to utilise The Trivedi Effect to usher in a new era that integrates scientific research with consciousness to vastly improve the human condition and benefit humanity on a global scale.

There are testimonials from several people reporting that the Trivedi Effect has helped them and their loved ones doing cancer treatments, helping them cope with cancer and increasing their recovery period after receiving bouts of chemotherapy and radiation.

Science today does not fully understand the abilities and things Mr. Trivedi has proven capable of through scientific application and assessment but has unquestionably proven itself to be true.  What is known is that Mr. Trivedi has the ability to transfer an energy through his thoughts, which is directed by his intention. This energy acts as if it comes from a form of Universal Consciousness, performing intelligently, universally and fundamentally as a basis for all living and non living forms or entities on this planet to transform in great ways. Mr. Trivedi has developed more than 100 Biofield Energy Healers of which Debra is one.

Debra wishes to thank Mahendra Kumar Trivedi and all the Masters for their support and dedication.  It is only through the graciousness of Guruji and these Masters that the scientific experiments were made possible. Currently, Mr. Trivedi is collaborating with an international research organization to study the impact of the Trivedi Effect on nutraceuticals for overall health, probiotics, prebiotics, antioxidants, anti-aging, and in products that can potentially treat cancer, obesity and inflammation etc. and in pharmaceuticals in hopes of creating new, revolutionary products for the benefit of all humankind. Debra feels so very fortunate to be a part of something with the ability to transform the world through Divine grace.