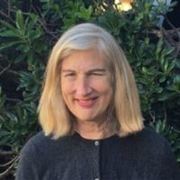 Denise Fiedler received her BA from Michigan State University in 1974 in Interior Design. She has worked as a designer in many forms- residential and commercial interiors, textile, graphic and product design. Today she works as a designer and illustrator for businesses and private clients. She has licensed her illustrations to leading international publishers and a global fashion brand.

Ms. Fiedler is a natural healer by birth. She knew as a child the world had a powerful energy that could be harnessed and knew that connecting with nature offered healing and the expansion of consciousness. In her mid twenties she actively started her spiritual journey to improve the quality of her life, seeking a better understanding of her potential in the world.

She attended seminars of various transformational leaders in America for personal development and awareness. Although motivational for a short while, they did not offer the broader understanding and ongoing outcome she was looking for. She sought healing through massage treatments, cranial sacral therapy, Qi Gong, acupressure ,acupuncture, and meditation. She was also aware of other methods including yoga, Reiki healers, tai chi, healing touch, energy healing, energy medicine and life coaching. Although these techniques and tools were beneficial, she realized they were limited by the fact they did not have long lasting effects and did not facilitate transformation in the true sense of the word.

In October of 2012, she discovered the Trivedi Effect through an online interview with Guruji Mahendra Trivedi. At the time, she was seeking better emotional health and relief from tiredness and lack of energy. She was also looking for increased mental potency, enthusiasm and inspiration. The distinction she found in the Trivedi Effect from all others was that there was scientific documentation to prove the miraculous and life-changing results in the human testimonials resulting from Mr. Trivedi’s biofield treatments. She was inspired and motivated by people’s claims to relief from illnesses and physical and mental disorders, such as arthritis, chronic pain, fibromyalgia, depression, fatigue and sleep disorders. After her first remote blessing from Mahendra Kumar Trivedi through a live webcast, she experienced a deep calmness and indescribable peace. Her sleep that night was very deep and restorative. The ongoing tiredness in the morning had vanished.

This energy has given people more richness and depth to their spiritual practices such as yoga and meditation, deepened their religious faith and strengthened their inner guidance.

Guruji Mahendra Trivedi wanted to authenticate the human testimonials through the arena of science. Well aware of the placebo effect, the Trivedi Effect was tested in over 4,000 scientific studies with world- renowned scientists and research institutes. These studies in the areas of life sciences and material sciences included agriculture, livestock, biotechnology, microbiology, materials science, genetics, cancer and human health. There are now over 200 publications in leading international scientific journals supporting the results reported through the testimonials. The National Institutes of Health have adopted these publications as well as approximately 900 U.S. universities including Harvard, Princeton, Yale, MIT, Columbia, Penn State, Cornell and Dartmouth and hundreds of international universities including Cambridge and Oxford.

A study conducted to access the Trivedi Effect on a mixed sample of cancerous and noncancerous cells at the California Pacific Medical Research Center Institute concluded that “ The results suggest that the biofield treatment administered in the laboratory can induce cell death of brain cancer cells from a distance while at the same time promoting viability normal brain cells. Such selective efficacy against cancer cells is the sought after “holy grail” for novel experimental anticancer agents and makes this work all the more exciting”

Mr. Trivedi’s breakthrough work In the international science community is extensive and ongoing for the betterment of mankind. Dr. Rustum Roy, a leading materials scientist from Penn State University, nominated 23 times for the Nobel Prize, stated “I see him as the completion of what India has brought to the world in modern scientific terms…Science is the religion of the world. It’s going to be very tough for the establishment to hold onto old ideas. I think with Mr. Trivedi’s potential, he may become a pioneer in loosening the grasp of old science” and “I have no doubt Mr. Trivedi will change the face of science and human well-being in my lifetime.”

Since October of 2012, Denise has participated continuously with the Trivedi Master Wellness Programs and workshops and became part of the Healers Mastery Program.

In January 2016 she participated in the Trivedi Science Experiment, remotely sending energy transmissions to the following nutraceuticals; ashwagandha, magnesium, selenium and zinc that were located in a science laboratory in India.