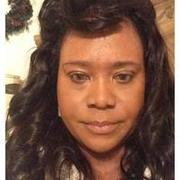 Dennille M. Smith at the early age of three knew she had innate Spiritual and healing Gifts but did not have the forum for enhancement and understanding of this gifts.Ms Smith matriculated and graduated from The University Hospital School of Nursing 1991-1994, then branched out in several areas of Nursing areas not withstanding to psychiatry, Medical surgical,Operating Theatre, Research Nurse and Managerial and Supervisor Position in Nursing.

As years ago healing gifts became more prominent was led to embrace gifts but seek further understanding and higher consciousness on a webcast in 2010 met guruji mahendra trivedi, when he discussed his unique ability to harness the power of the universe and transmit it individuals ,in adjunct to organic and non organic matter and this intellectual energy uniquely provides the needs as it connects to the target biochemistry and genomes at level of blueprint and thus promotes and causes higher functionality which is often multifaceted which is called the trivedi effect. guruji and also demonstrated it effectivity in agriculture. with an experiment he had done with cashew. ms. smith was flabbergasted but still a skeptic, until guruji gave to participants a transmission using bio-field treatment which for ms . smith was momentous as she felt a massive increase in mental acuity and vitality, inner peace , general speaking ,revitalized.in march 2011 ms smith joined the trivedi family and under the tutelage mahendra trivedi and began to experience massive spiritual growth inner peace ,exponential increase in empathy and intuition, heighten spirituality,.this growth was not unique to ms smith alone as other patrons began to experience the same especially ones in close proximity to him and was able to harness this energy as well and became masters such as gopal nayak, dahyrn trivedi, alice branton. in addition ms. smith encountered limitation due to motor vehicle accident and ambulated with a cane in the presence of guruji during a seminar was able to ambulate without cane, which was a  mind blowing experience. mr. trivedi along with these other masters who has unique capabilities and gifts and are responsible changes experienced by members of the trivedi master wellness who have attested by giving testimonies of nothing short of miracles in their lives. as a results of these treatments..some with grave pathologies have experience not short of miracle in areas with illnesses such cancer ,hepatitis,,sleep disorder,neurological disorders, depression, bipolar disorder anxiety, erectile dysfunction ,stress,,post traumatic stress disorder,eating disorder,sleep apnea,chronic pain, menstrual disorders, attention deficit disorder, arthritis, low energy, fibromyalgia, sexual impotency ,irritable bowel syndrome, panic disorder, obsessive compulsive disorder, low self esteem, stress , children with autism just to mention a few..in addition there are testimonies which indicates that individuals also experience marked growth in finances and relationships, greater intellectuality, pleasure and greater love of life.

Although there a multifold of testimonies Guruji sought a platform in science as he values the importance of quantitative analysis for more objectivity in addition with the preponderance contribution to overall growth of humanity..The results left Scientist thunderstruck and led to collaborations in scientific community.One such scientist is Dr. Rustom Roy a material scientist from Penn State University who was nominated for Nobel Prize twenty-three (23) times who is so impressed ‘ I have no doubt Mr. Trivedi will change the face of science and human wellbeing in my lifetime.”So far Mr. Trivedi has over 4000 scientific studies in life and material science, which includes microbiology which has been adopted by the National Institute of Health and national and international universities such as national such as Columbia,Cornell,Harvard,Cambridge Harvard, BrownYale , and Darmouth.

In 2013, Ms Smith along with others Members of the Trivedi family was graciously invited by Guruji to be a part of in house experiment which had astounding results.Then in 2015-2016 he ventured Healers and other members of the Trivedi family into phase of experiments which required outside analysis byScientist using bio-field treatment to which Ms. Smith was also a participant of group 5.Ms Smith by means Trivedi Effect has the ability to harness the inherent “Divine Grace or Active Force and able to transmit it through the world. Participants of Group 5 as seen in table below.

There are Trivedi healers comprises of individuals globally with expertise in various modalities of healing which includes Qi Gong,Tai Chi,Reiki, Massage, acupuncture and all using Trivedi

Effect in treating clients and noticed fundamental improvement in clients wellbeing in addition expressed enhancement of gifts, are a close unit and often fosters support for each other. One Scientist equates The Trivedi Effect to “The Holy Grail.”No. Full Legal Name Gender Age City State Country