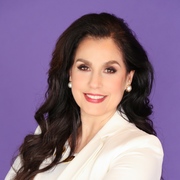 When she was halfway through her law degree she had an epiphany that law was not her calling so she discontinued without failure to pursue a career that embraced increasing human potential, personal development, health & wellness.

She started her own private counseling & consulting practice in Sydney after she completed her degree. She also studied Alternative and Holistic Medicine, which was more universal than the mainstream health care industry (dealing with mind, body & spirit and the governing principles behind them) and combined what she had learned into her consulting. This created life-changing benefits for her clients.

Dezi is a natural healer by birth with an unbounded enthusiasm and love of life. She has always been fascinated by the effect of energy healing on human health, mental well being and happiness and has an eagerness to help others overcome their challenges in order to gain deeper fulfillment in their lives. From an early age she began her quest to seek deeper truth, revealing the power of consciousness and its impact on people and things around her.

She learnt Transcendental Meditation® while still in high school and had her first taste of indescribable peace and knew she wanted more. This began her spiritual journey and a series of spiritual awakenings that would lead to more than she could ever imagine.

She did a Diploma of Shiatsu Therapies and as part of her training she studied massage, Chinese Medicine, Pulse Diagnosis, Acupuncture and Acupressure. During this time she felt more drawn to healing, Energy Medicine, Healing Touch, spiritualism, Reiki, Yoga, Tai Chi, Qi Gong and spiritual practices that were waking up her life purpose.

Still seeking, she pursued studies in Maharishi Ayurveda and graduated with a Diploma of Health. Her Ayurveda training went in depth into areas related to life sciences, Vedic science, consciousness, quantum physics, epigenetics and the Science of Creative Intelligence.

This profound knowledge highlighted the path that gives rise to the development of dis-ease, being “out of ease” with the governing principles that underlie our material world including our very own human physiology, our mind, intellect and emotions.

A whole new perspective was uncovered on what is “perfect health”, how to restore the natural healing properties of our human body and the prevention of illness.

Prevention is vital especially when looking at the crippling cost of diseases such as cancer, heart disease, high blood pressure, diabetes and obesity.

Through Maharishi Ayurveda, she gained further insight into the mechanics of mindfulness, calmness, intellectuality, intuition, pleasure, natural healing, transformation and the difference between religious practices and spirituality.

Dezi moved to California from Australia in 2003. She embarked upon a new career in life coaching and business consulting and is a Certified Personal Trainer. She has worked and trained with the top leaders and business luminaries in the personal growth and development industry.

In 2011 Ms. Koster had an encounter that would change her life forever. She met Guruji Mahendra Kumar Trivedi.

While sitting in front of him prior to receiving her very first in-person energy treatment, she looked directly into his eyes and saw all the stars in the universe appear in his eyes. Immediately she recognized who he was and finally found what she had been searching for her entire life.

Mahendra Trivedi has the unique ability to harness the energy from the universe and be able to transmit it anywhere on earth. He can infuse this energy into both living organisms and non-living materials to optimize their potential. This exceptional phenomenon has become acclaimed internationally as the Trivedi Effect®.

World-renowned scientists and research institutes have tested the Trivedi Effect® in over 4,000 scientific studies in many life sciences and material sciences including biotechnology, agriculture, livestock, material science, cancer, genetics and microbiology. He has nearly 200 publications in leading international peer-reviewed scientific journals, all supporting the extraordinary results reported through testimonials, thus excluding the possibility of the placebo effect.

These publications have been adopted by the National Institute of Health and around 900 universities in the US and hundreds from around the world including Princeton, Yale, MIT, Brown, Columbia, Harvard, Penn State, Dartmouth, Cambridge, Oxford and Cornell.

Through utilizing the potential of the human biofield, Mahendra Trivedi has successfully transformed both living organisms and non-living material at the atomic, molecular and cellular structures of existence to significantly enhance, raise the potency and alter the characteristics and behavior of the subject matter being treated. This groundbreaking research constitutes an invaluable body of knowledge for scientists to understand the power of consciousness.

More than 250,000 people have sought out Guruji’s abilities and have corroborated the astounding benefits from his energy treatments in their finances, health, mental potency, altered perception, emotional health, sexual satisfaction, deeper relationships with their loved ones and soulmate, as well as feeling greater self-esteem, happiness, love, compassion, sexual orgasm, affection, sentiments, empathy, inspiration and feeling more connected to their soul.

Mr. Trivedi is collaborating with an international research organization to study the impact of The Trivedi Effect® on nutraceuticals for overall health, prebiotics, probiotics, antioxidants, anti-aging and in products that can potentially treat cancer, obesity and inflammation etc., and in pharmaceuticals in hopes of creating new, revolutionary products for the benefit of all humankind.

From her first meeting with Guruji, Dezi knew he would play a major role in transforming her life. In mid 2011 he began the “Healers Mastery Program.” She immediately enrolled and took this opportunity to continue receiving his energy treatments, to optimize growth in consciousness as well as developing her abilities to do biofield treatments.

In 2014 Dezi received a priceless invitation to come and work with Guruji so that he could develop and mentor her. She moved to Las Vegas in May 2014 and began working at Trivedi Global Inc. For 5 years she worked as the Client Services Manager and some of the time as Mahendra Trivedi’s Assistant.

She also has the privilege to work directly with the other Trivedi Masters, Alice Branton and Dahryn Trivedi and indirectly with Gopal Nayak.

Ms. Koster participated in a number of science experiments to validate her biofield energy healing treatment abilities in the areas of skin care, bone health, quality of life, overall health & wellness, inflammation related disorders, auto-immune disorders, hormonal balance which correlates directly to the endocrine system, self healing power and improvement in the defense system of the human body.

“The science research that was conducted was designed to validate my natural healing powers and its impact on mice, cells of mice, rats, herbo-mineral products and human cells that have all received this energy treatment remotely from thousands of miles away.

The experiments that I participated in have given me huge confidence that I can help people in need anywhere in the world remotely."