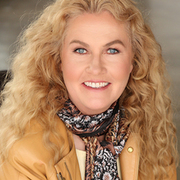 Dianne Heather Vincent earned her Animal Health Technologist Degree in 1981 from the Northern Alberta Institute of Technology in Canada.  Dianne worked 14 years as a research technologist at the University of Alberta for the Department of Anatomy and Cell Biology and the Department of Medicine,  division of Nephrology.  Dianne went on to study nutrition and has been a Professional Member of the International Organization of Nutrition Consultants (IONC) since 1995.  Dianne has owned and operated D&R Health and Business Investments Inc. since 1996 and through her business has studied and taught leadership, personal development, life coaching and nutrition coaching.  With a keen sense for team building, marketing, technology and caring for clients, she has produced a reputation for attaining results.  With her background in science, health, anatomy, animals and nutrition, Dianne has the unique ability of taking complex information and teaching it to her clients in an easy to understand manner to co-create health.  Dianne is a professional speaker with topics including general nutrition, nutrient supplementation, reversing diabetes, anti-aging, glycomics, low glycemic eating and fat loss for a healthy body composition. Dianne also developed and co-authored the Autism Nutrition Program (ANP), which helps children with autism through dietary changes and nutrient supplementation.

Dianne realised she had been a natural healer her entire life and by 2001 she became interested in the newly emerging era of energy medicine, which led her to seek out top energy healers and transformational leaders.  Healing modalities included GeoTran, Rife Frequencies, BodyTalk, EmotionCode, BodyCode, Spring Forest Qigong, Emotional Freedom Technique (EFT) and BioFeedback.  Dianne learned and applied all the techniques with remarkable ease, skill and results. It soon became apparent that for real, life changing transformation on the spiritual level to take place, there must be something far greater required than these mind/body techniques.  A genuine catalyst was required.  With each new modality,  Dianne’s abilities expanded and she became acutely aware of the influence that higher consciousness played on human potential.

In 2011 Dianne was first introduced to Guruji Mahendra Trivedi and his biofield energy healing abilities through a live teleconference.   Dianne knew Mahendra Trivedi was completely different than anything she had experienced or heard before.  Mahendra Trivedi was driven by science and had compiled a database in order for people to understand the power of consciousness and how it related to energy medicine and the human biofield.  Dianne researched the science and articles on Mahendra Trivedi and discovered he had the unique ability to harness and transmit the energy from the universe to living organisms and non-living materials anywhere in the world. Mahendra Trivedi demonstrated this energy to be both intelligent and beneficial when directed at a specific person, by optimising their potential with changes at the cellular, molecular and atomic level that led to lasting change.   This unique phenomenon became known as the Trivedi Effect®.

By 2016, there have been over 200 international peers reviewed science publications on the Trivedi Effect®’s  ability to transform living organisms and non-living materials.  The National Institutes of Health and over 900 Universities including MIT, Oxford, Cambridge, Princeton, Harvard, Colombia, Brown, Dartmouth, Penn State, Cornell and Yale have cited these publications.

The Trivedi Effect® BioField Energy Treatment has intelligence because it is capable of treating not only individuals, but also individual cells.  A study was conducted at the California Pacific Medical Center Research Institute on a mixed sample of cancerous and non-cancerous cells.   Researcher Garrett L. Yount, PhD stated: “The results suggest that the biofield treatment administered in the laboratory can induce cell death of brain cancer cells from a distance while at the same time promoting viability of normal brain cells.  Such selective efficacy against cancer cells is the sought after ‘holy grail’ for novel experimental anticancer agents and makes this work all the more exciting.”

Collaboration with Penn State University Materials Scientist and 23-time Nobel Prize nominee Dr Rustom Roy, revealed the magnitude of the abilities of Guruji Mahendra Trivedi.  Dr. Roy stated,  “I see him as the completion of what India has brought to the world in modern scientific terms. Science is the religion of the world.  It’s going to be very tough for the establishment to hold onto old ideas.  I think with Mr.  Trivedi’s potential, he may become a pioneer in loosening the grasp of old science.  I have no doubt Mr. Trivedi will change the face of science and human well being in my lifetime”

Dianne was impressed with the Trivedi Effect®’s documented scientific results that included studies conducted in agriculture, livestock, biotechnology, microbiology, genetics, human health, cancer and materials science.   The science, documentation and publications gave Dianne the confidence that Mahendra Kumar Trivedi was authentic and she joined the Trivedi Effect® Healing Masters program in May 2011. There were 2 Spiritual Masters in Trivedi Global Inc., Mahendra Kumar Trivedi and Gopal Nayak.  Over the next 2 years, Dianne witnessed the physical and spiritual transformations of both Dahryn Trivedi and Alice Branton as they became Spiritual Masters with fully developed powers to harness and transmit the intelligent universal energy of the Trivedi Effect®.

The 18 renowned Healers from 5 countries in Diannes research group were:

Due to the Trivedi Effect® Energy Transmissions, most healers, including Dianne, experienced a profound higher level of consciousness and a spiritual awakening which led to their ability to harness and transmit the intelligent universal energy of the Trivedi Effect®. Many of the Trivedi Healing Masters have discovered their life purpose and find their abilities have improved in their chosen areas of expertise such as Integrative Medicine, Holistic Medicine, Functional Medicine, Energy Medicine, Energy Healing, Healing Touch, Tai Chi, Reiki, Qigong and Alternative and Complementary Medicine models.

All of Dianne’s previous modalities have been greatly amplified with the addition of her Biofield Energy Treatment on Nutrition, Rife Frequencies, GeoTran, BodyTalk, Emotion Code, Body Code, Spring Forest Qigong, Emotional Freedom Technique (EFT) and BioFeedback. Her clients report results in wellbeing, brain and breast tumours, fibroids, injuries and hormonal issues as well as a multitude of other issues. The Trivedi Effect®, and for those of us able to harness and transmit this intelligent energy, it holds the promise for Individuals, Agriculture, Pharmaceuticals, Nutraceuticals and the overall health of the environment and the world.