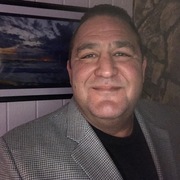 Dimitrius Anagnos received his Associates of Occupational Studies in Culinary Arts from the Culinary Institute of America in Hyde Park, New York in May of 1984. He has worked in the United States in New York, California, Virginia, Wisconsin and the US Virgin Islands, as Well as Athens Greece and New South Wales Australia. He has worked experience in every position in the restaurant Hospitality industry and is currently CEO and President of multi-million dollar company. Dimitrius has a broad knowledge of Human Resource skills, Food and Beverage Development and controls, Marketing, Research and Development, Finance and Accounting. Dimitri has consulted businesses in New Operational Systems & Menu Design and has a reputation as a driving force for innovation and ideas on the cutting edge.

Mr. Anagnos was born into a very religious family of natural healers. Anagnos attended many self-help seminars and workshops including NLP, Omega, spiritual camps, marketing, divine alchemy and personal development. He also sought the help of natural healers, acupuncturists, chiropractors, holistic healers and nutritionists. He continued to seek transformation and now wishes to share his gifts and knowledge to humanity beyond what is currently understood.

Early fall of 2011 Dimitrius Anagnos was introduced to The Trivedi Masters Healing Group. After just one month, Dimitri's skin felt better, he slept more soundly, his hair showed healthier sheen and grew faster, his nails were stronger ... and that was just on the outside! The dramas of everyday life and work seemed to fade. As Dimitri continued the program, he also began using probiotic introduced to him by Mr. Trivedi which helped remarkably with digestion and intestinal health. Dimitri has experienced an exceptional improvement in all aspects of his physical, mental, and emotional well-being and how he views life.

Mahendra Kumar Trivedi (Guruji) is the founder of The Trivedi Effect. He is a well-established Spiritual Master and has developed three Masters: Dahryn Trivedi, Alice Branton and Gopal Nayak. Together they have written hundreds of publications and over four-thousand scientific studies on The Trivedi Effect, Human Health, Cancer, Material Science, Microbiology, Genetics and Biotechnology. This includes more than two-hundred publications that have been accepted into peer journals for Universities such as Harvard, Yale, Princeton, Penn State, Cambridge, Columbia, Brown, Dartmouth, Cornell and the National Institute of Health only to name a few. This excludes the possibility of any placebo effect. Their Biofield Treatments have had a positive impact on numerous people as well as living and non-living organisms, and the positive testimonials continue to rise.

"Guruji" Mahendra Kumar Trivedi and his Master Healers have the unique ability to harness energy from the universe and transmit that energy to anywhere in the world. This is an intelligent energy which is beneficial to the unique needs of the recipient optimizing their potential at the cellular, molecular and atomic level. Transference of this energy leads to lasting changes in the behavior and characteristics of the recipient. This unique phenomenon has become known as The Trivedi Effect.

Having been involved with the Trivedi Family for more than five years, Dimitrius has seen first-hand and testimonials, at Live Weekend Workshops, the life-changing testimony and the miraculous effects these energy transmissions have had on people. (ADHD), Attention Deficit Hyperactivity Disorder (ADHD), Fibromyalgia, Arthritis, Chronic Pain, muscle pain, joint pain (PMS), severe migraines, low energy and more (Cited A. Branton, Science Bio) Also those suffering from cancer and who have had chemotherapy and radiation treatments insist They have better immune systems and ability to self-heal.

Mr. Trivedi has no religious affiliation although he has a high respect for most religion. He does not endorse any one healing modality. The Trivedi Effect has deepened their religious faith (Christianity, Catholicism, Protestant, Baptist, Judaism, Scientology, Hinduism and Buddhism) by allowing them to enter higher levels of consciousness through the Energy transmissions. Many insist on experiencing spiritual awakening and expanded experience during spiritual practices such as yoga and meditation. The Trivedi Effect has a deeper connection to their souls and spirit, a better appreciation toward nature, a deeper sense of feeling and some even claim to have found their life's purpose in natural healing with practices in holistic medicine, Energy healing, Reiki, integrative medicine, Qi Gong, Tai Chi, Acupressure, Alexander Technique, aroma therapy, astrology, Ayurvedic Medicine, Chakra Balancing, Eye Movement Desensitization and Reprocessing (EMDR), Electro-magnetic field shifting, Reflexology, Massage, Magneto -Acousto-Electrical-Tomography (MAET), Neuro-linguistic programming, physical therapy, prayer, vibration and psychic energy; And they feel more connected.

Mr. Trivedi has, in addition to his peer-reviewed publications and scientific studies, collaborated with Dr. Rustom Roy, a Material Scientist from Penn State University who has been nominated for the Nobel Prize twenty-three times. Dr. Roy states this about Mr. Trivedi: "I see him as the completion of what India has brought to the world in modern scientific terms ... science is the religion of the world. It's going to be very tough for the establishment to hold onto old ideas. I think with Mr. Trivedi's potential he may become a pioneer in loosening the grasp of old science. I have no doubt Mr. Trivedi will change the face of science and human well-being in my lifetime. "

Dimitrius Anagnos is associated with a group of over one hundred healers throughout the world who were developed by Mr. Trivedi and his Masters, Gopal Nayak, Alice Branton and Dahryn Trivedi. They are very optimistic that after their abilities have been scientifically tested, measured, documented and published in international peer-reviewed journals, that people suffering from Alopecia, Graves Disease, Hepatitis, Rheumatoid Arthritis (RA), Addison's Disease, Celiac Disease ), Endometriosis, Chrohn's Disease, Intestinal Cystitis (IC), Lupus, Lyme Disease, Ulcerative Colitis (UC), Vitiligo, Psoriasis, Multiple Sclerosis (MS), Guillain Barre Syndrome, Type I Diabetes, Hashimoto's Thyroid Disorders, inflammatory diseases, acid , Alzheimer's, pancreatitis may be relieved from pharmaceuticals or nutritional supplements which are treated with Biotechnology and / or from Trivedi Effect Treatments (Cited A. Branton, Science Bio).

Garrett L. Yount, PhD. The results suggest that the Biofield Treatments administered in this laboratory can induce cell death of brain cancer. Cells from a distance while at the same time promoting viability of normal brain cells. This selective efficiency against cancer cells is the sought after Holy Grail for novel experimental anti-cancer agents and makes the work all the more exciting. "What implies this energy of the Biofield Treatments of the Trivedi Effect has intelligence capable of uniquely treating each subject or Recipient.

Dimitrius Anagnos, Alan Joseph Balmer, Janice Patricia Kinney, Jonie Marie Holling, Joy A. Balmer, Lauree Ann Duprey-Reed, Vaibhav Rajan All collaborated on a multi-billion dollar project FDA approved facility in India to study the impact Of the Trivedi Effect on mice, pharmaceutical and nutraceutical products with amazing results. These results show great promise for the treatment of immune disorders, inflammatory diseases, cancer and obesity as well as anti-aging, antioxidants, probiotics, prebiotics and overall health for the betterment of the world. With the help of Mahendra Trivedi, Alice Branton, Gopal Nayak and Daryn Trivedi, these healers and their one hundred plus associates hope to support The Trivedi Effect in the establishment of a new age of science and consciousness.

Therefore, Dimitrius Anagnos has scientific proof that he can harness the energy of the universe and direct it remotely to any place on the planet to create positive change via the Trivedi Effect, an intelligent energy that improves the human condition, living and non-living substances . It has been Dimitrius' dream in his spiritual journey to find his life's purpose, this is just the beginning.