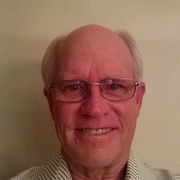 Douglas Jay Konersman earned his Associates Degree in Electronics Engineering Technologies from the University of Nevada, Reno in 1986. Douglas went on to successfully manage the Service Department of a major Computer Retailer. After this success he went on to become the top technician for a Major Medical Testing Equipment Manufacturer performing outside service in International locations at Customer sites.

Douglas went back to the University of Nevada, Reno and earned his Bachelor of Science in Business Administration, graduating in 1992. Douglas has always been interested in and aware of his natural healing abilities. It was a trait that runs in his family. His father had this ability and passed on what he knew to Douglas. Douglas tried every known method to increase his natural healing ability. He studied with internationally known and respected leaders in the Self Improvement industry, self help Gurus and has studied every major religion in great depth. Starting life as a Baptist he went on to study the Catholic Religion, Buddhism, Rastafarianism, Hinduism, Jesus Christ of the Latter Day Saints. And many others. Throughout his search he read all of their Religious texts in search of the “Healing Abilities” that were professed to have been used by all of the Major Religious figures. He tried Scientology and many other alternate methods of Healing, such as Reflexology, Reiko, Access Consciousness, Acupuncture, Biofeedback, Chiropractic, Homeopathy, Aromatherapy, Silva Mind Control and many others. His attempts to recreate these healing methodologies and modalities were un rewarded. Nothing struck a chord with his Natural Healing Abilities until he attended a free online remote live webcast featuring Mahendra Kumar Trivedi.

After listening to Master Trivedi's discourse for about thirty minutes, he gave a free Energy Transmission for five minutes. The Energy was felt very strongly by Douglas and when he woke up, his back pain of many years had diminished greatly. Douglas was very grateful to have finally found a real method that did what the Founder professed it would do. This Energy and the resulting Healing that was manifested is internationally known as the Trivedi Effect®.

Master Trivedi was aware of the skepticism of his “biofield” Energy Treatments, and being an Engineer himself decided to prove the efficacy of what he was doing. You might say that he was his own greatest skeptic. Guruji embarked on a journey of Science. He performed over 4000 scientific experiments in fields as varied as Biotechnology, materials science, microbiology, agriculture, genetics, livestock, human health and cancer research. He has over 200 published papers in over 1200 Universities world wide. He has over 1700 Citations of his works by leading researchers throughout Academia. These dramatic results preclude any possibility of the “Placebo Effect” and are, without a doubt, at the forefront of the Next Evolution in Science. Dr. Rustum Roy, a renowned Materials Scientist from Penn State who was nominated for the Nobel Prize 23 times said,” I see him as the completion of what India has brought to the world in modern scientific terms...Science is the religion of the world. It is going to be very tough for the establishment to hold on to old ideas.” Dr. Roy researched Mr. Trivedi's biofield treatments extensively and conducted many experiments on these abilities.

Douglas entered into the Trivedi Organization as a participant in the monthly Enhancement Program in May of 2011. After participating at this level for 16 months, the decision was made to transfer to the next level in his natural healing journey. In September of 2012 he entered into the Healing Masters Program. A program designed to raise the consciousness and the healing abilities of all who take part. After 24 months of intensive training Douglas graduated the Healing Masters Program with the ability to transmit this DIVINE Energy. He has demonstrated his ability by taking part in scientific experiments that are accepted for publication in leading Scientific Journals. These Journals are in many prestigious Universities through out the world. Places such as Harvard, Yale, MIT, Penn State, Oxford, UCLA, Stanford University, UC, Davis, Cornell and many more through out the United States and the world.

The Founder of this energy healing method, Mahendra “Guruji” Trivedi was gifted in 1995 with the ability to transmit the Energy of the DIVINE. In his native India he had amassed a huge following of people who sought him out to partake of his generosity in dispensing this Energy to those deserving. Through out his many travels in this world, over 250,000 people have experienced the extraordinary benefits of this “ biofield” treatment and have attested to the incredible range of benefits to be found. His “biofield” energy transmissions have resulted in this very small portion of the list of benefits. Everything from general over all health, emotional health, to sexual satisfaction, and relationship issues, to relief from many debilitating medical problems, real and percieved. Included are claims of relief from irritable bowel syndrome (IBS), joint pain, chronic pain, chronic fatigue syndrome, arthritis, fatigue syndrome, sleep apnea, insomnia, sleep disorders, muscle pain, sexual dysfunction, erectile dysfunction, sexual impotency, other sexual disorders, severe migraine headaches, premenstrual syndrome (PMS), attention deficit disorder(ADD), attention deficit hyperactive disorder (ADHD), low energy, low libido, auto immune disorders, joint inflammation, Fibromyalgia, cramping, physical disorders and many mental disorders have also been greatly improved or cured altogether due to Master Trivedi and the Trivedi Effect® Energy Transmissions. Some of the mental disorders that have been helped due to this Energy include, depression, emotional trauma, this one is huge, emotional trauma occurs in almost every human being on this planet. It is due to Emotional Trauma that many of the mental disorders are present in the human condition. Disorders such as, Manic depression, Bipolar disorder, Post-traumatic stress disorder (PTSD) Obsessive compulsive disorder (OCD) anxiety, simple stress, panic attacks, fear, panic disorders, separation anxiety, social anxiety disorder and many other anxiety disorders. Also included are sadness, loneliness, uncertainty, worry, low self esteem, Anorexia bulimia, Anorexia nervosa, feelings of hopelessness, indecisiveness, restlessness, mood swings, boredom, feelings of dissatisfaction, worthlessness, psychosomatic disorders. Many parents report relief from Autism Spectrum Disorders in their affected children.

On the opposite side of this spectrum are the many, and as some claim, miraculous benefits associated with this Energy. People who sought out Guruji for deep problems went away with pure happiness, some went with love, others claimed a sense of compassion, or indescribable peace. Still others had their spirituality renewed and were inspired once more. Many are the claims of increased motivation and intuition, still others had increased enthusiasm and an eagerness to resume their lives. Here are a few more of the benefits that are seen, increased intelligence and intellectuality, more pleasure and sexual satisfaction including sexual orgasm and ejaculation, higher self esteem, more empathy, a renewed love of life, deeper relationships, finding your life purpose, spiritual practices and spiritual awakening, calmness and altered perceptions, increased affection and finding your soul mate, sentiments and good memories. Some have found a renewed sense of religious practices, and spiritualism, people who practice yoga claim better meditation. Natural healers have seen their natural healing powers increase. Health care industry workers have found transformation and personal development through this Energy. It has proven effective with Reiko practitioner and Reiko healers, with Qi Gong practitioners, and massage, Tai chi, life coaching, and Energy healing. Many transformational leaders have come to understand universal consciousness and the healing touch. It is used in holistic medicine and energy medicine by practitioners who are involved with the Trivedi Effect®. It is effective in Acupuncture and Acupressure.

We need to be mindful of our spiritual journey as healers and always looking for ways to increase our natural healing abilities. The Trivedi Effect® is one scientifically proven way. I know of no other way to achieve higher consciousness and increase my connection to the GOD of my understanding.

This DIVINE Energy is not yet fully understood by the science of today. But it is real none the less.