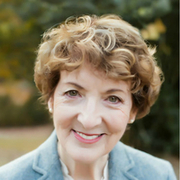 Dr. Eileen Meagher received her PhD in Rhetoric and Communication Theory with First Honors from Rensselaer Polytechnic Institute in 1979. She subsequently served as a University Faculty Member, Administrator, Curriculum Developer, Program Coordinator, and Academic Mentor to Graduate Students seeking entrance to PhD programs nationwide.  Her University officially recognised her twice as an outstanding Teacher, as an Outstanding Advisor, and she received the coveted “Chancellor’s Award for Outstanding Mentoring of Graduate Students.”  She received numerous accolades for her Service. Her work and accomplishments were featured in the local press as well as in statewide University publications.

A natural leader with the heart of a healer, she sought in every aspect of her responsibilities to optimise not only her students’ potential but also that of her colleagues locally and regionally. Her life goal was to use with compassion and inspiration her experience and intellectual energy to help others develop their potential and realise their life purpose.  She sought to transform traditional mindsets around the development of one’s intelligence, the nature of the acquisition of knowledge, and the evolutionary process at work in human growth, specifically in the awareness of the level and nature of consciousness surrounding the scientific and functional paradigms that currently explain, explore, and aim to advance human potential.

Dr. Meagher was always keenly interested in the intersection of science, consciousness, and human growth.  She became familiar with the work of transformational leaders and the work of many energy healers both nationally and internationally, both current and deceased. She is familiar with numerous alternative modalities including Qigong, Tai Chi, Healing Touch, Emotion Code, Yoga, and Meditation.  She focused more on how science informs, transforms, and enlightens the world of energy healing and holistic medicine. She noted that traditional science tended to disregard the “positive” results ascribed to energy healers and to attribute to the placebo effect any such “positive” results.  She trusted that one day she would find that “Holy Grail” which would enable scientists to grant credence to a world of energy healing.

This intellectual passion and curiosity led her in 2011 to the scientific research work of Guruji Mahendra Trivedi.  Impressed by his astounding ability to optimise and transform both living and nonliving materials, an ability proven by his more than 4,000 scientific experiments published in over 200 peer reviewed science journals, she, buoyed with confidence, joined his Healing Masters’ Program with the intention of benefitting her own personal development and that of others.

Five and a half years later, she continues to benefit from Mr. Trivedi’s biofield energy treatments. Her arthritic ailments have disappeared, chronic sciatica pain is no more, occasional restlessness and boredom is replaced with calmness and peace, her emotional life reflects a more mature balance, her physical appearance is increasingly youthful, she enjoys deeper relationships with friends and family members, she exhibits an improved immune system, and there is no fear of the future. In short, because of her altered perceptions and increasing wellbeing, her love of life has grown exponentially.  She and her colleagues in Mr. Trivedi’s Healing Masters’ program have, under his tutelage, participated in science experiments that have been published in peer reviewed journals.  All the foregoing are due to what the world knows now as the Trivedi Effect.

The Trivedi Effect, the name for Guruji Mahendra Trivedi’s ability to harness universal energy and infuse it into living organisms and nonliving materials locally and globally, is a unique phenomenon.   Mr. Trivedi, who earned a Bachelor’s degree in Mechanical Engineering and worked as an Engineer for 10 years, discovered in 1995 that he had this unique ability. For a number of years, he used his newfound ability to help humans enhance their potential in multiple areas: health, relationships, emotional health, mental power, business relationships, - in short in every area of their lives. Over 250,000 people sought out Mr. Trivedi to receive infusions of this energy or biofield energy treatments. Even though these individuals attested to the amazing benefits they received from those treatments, Mr. Trivedi, aware of humans’ susceptibility to the placebo effect, was not content with human testimony. He sought to have the results of his treatments assessed in laboratory science.

He proceeded to have several thousand scientific studies conducted, over 4,000 in all, in life sciences, and material sciences.   Scientists examined the effects of the biofield energy treatments in multiple areas such as livestock, agriculture,  biotechnology, microbiology, materials science, genetics, cancer, and human health. The findings which supported the reports in human testimonials were published in more than 200 international peers reviewed journals. The National Institutes of Health, approximately 900 universities in the U.S., and many hundreds of international universities have included these publications in their collections. Among these prominent universities are MIT, Yale, Harvard, Penn State, Columbia, Brown, Princeton, Dartmouth, Cornell, Cambridge and Oxford. One can read extensive information about the nature of the Trivedi Effect and the science experiments connected with it at Trivediscience.com

Scientists around the world are amazed by the results that Mr. Trivedi’s studies and publications have revealed. Dr. Rustom Roy, a materialist scientist from Penn State and a 23 time nominee for the Nobel Prize collaborated with Mr. Trivedi by conducting extensive research on Mr. Trivedi’s biofield energy treatments.  Dr. Roy’s assessment: “I see him (Mr. Trivedi) as the completion of what India has brought to the world in modern scientific terms. Science is the religion of the world. It’s going to be very tough for the establishment to hold onto old ideas.  I think with Mr. Trivedi’s potential, he may become a pioneer in loosening the grasp of old science.”  He concluded: “I have no doubt Mr. Trivedi will change the face of science and human wellbeing in my lifetime.” To hear Dr. Rustum Roy speak of Mr. Trivedi’s unique work, log ontohttp://www.youtube.com/watch?v=36Lhm2Dgpmw.

Dr. Garrett Yount, Director of a molecular and cellular biology laboratory at California Pacific Medical Center Research Institute tested the impact of Mr. Trivedi’s biofield energy treatments on cancerous and noncancerous cells. The tests showed that the biofield treatments were able to kill the cancerous cells while at the same time strengthening the noncancerous cells.  Dr. Yount reported, “ The results suggest that the biofield treatments administered in the laboratory can induce cell death of brain cancer cells at a distance while at the same time promoting the viability of normal brain cells.  Such selective efficacy against cancer cells is the sought after ‘Holy Grail’ for novel experimental anti-cancer agents and makes this work all the more exciting.”   (https://www.trivedieffect.com/inspiration-blog/study/study-5/.)

Because of the years they have spent in close proximity to Mr. Trivedi and the guidance they received and continue to receive from him, three other individuals have fully developed powers to harness universal energy and transmit biofield energy treatments.  They are Gopal Nayak, Dahryn Trivedi, and Alice Branton who also is CEO of Trivedi Global Inc.  These three Spiritual Masters of the Trivedi Effect collaborate with Mr. Trivedi in raising the consciousness and enhancing every aspect of the lives of the participants in the Healing Masters’ Progam.  There are approximately 100 members in the program and the majority of them have been members for four or more years and have been receiving biofield energy treatments for at least that length of time.

Mr. Trivedi states that his mission is “to utilize the Trivedi Effect to usher in a new era that integrates scientific research with consciousness to vastly improve the human condition and benefit humanity on a global scale.” Master Alice Branton notes that she and Mr. Trivedi are collaborating with an international, multi-billion-dollar research organisation to study the impact of the Trivedi Effect on pharmaceutical and nutraceutical products so as to better treat the major health problems in our world.

“Mr. Trivedi has been identified as a man full of miracles because the abilities and things he has proven capable of through scientific application and assessment are not fully understood by science today but have unquestionably proven themselves to be true.”