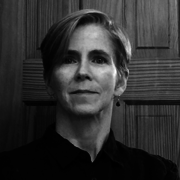 Elizabeth Ann Feeney completed her Bachelor of Arts degree in Sociology from Villanova University in 1986 and her Master of Science in Education degree from the University of Pennsylvania in 1991. While studying at Villanova she discovered a keen interest in the sociology of human consciousness and the ways in which individual human consciousness can be examined through the lens of collective consciousness.

In her graduate program at the University of Pennsylvania, Ms. Feeney began to explore the connection between consciousness and psycho-social factors and processes, and the impact these have on an individual’s intellectual growth and learning. As a natural extension of this area of study, she became interested in the field of human potential, and thus began a path of her own personal transformation.

A natural healer by birth, and possessing a strong desire to help humans and other living beings live at their full potential, Ms. Feeney discovered remote energy healing in 2000. She quickly came to grasp the power of this phenomena, and through it has experienced significant positive changes in herself emotionally, psychologically, and physically. Despite these favourable experiences, however, there existed no valid, widely accepted scientific evidence that substantiated the efficacy of this mode of healing.

In May of 2010 Ms. Feeney found validation for energy healing through Mahendra Kumar Trivedi and the Trivedi Effect®.

At that time, she received an energy transmission from Mr. Trivedi to facilitate healing from a serious bike accident. Again, positive outcomes resulted, but this time the results were backed by scientific evidence. Soon thereafter, Ms. Feeney joined the Trivedi organisation and became a part of the Trivedi Healers Mastery program, which was established to develop in individuals the ability to harness and transmit the Life Force energy of the Trivedi Effect®.

Mahendra Kumar Trivedi is the founder of the Trivedi Effect® and has the ability to understand the behaviour and characteristics of the universe from a new dimension, and can harness energy from a level of higher consciousness and transmit it to living organisms or nonliving materials anywhere in the world. Mr. Trivedi believes that with time, effort and focus, anyone can learn and develop the ability to harness and transmit Life Energy through the Trivedi Effect®.

Elizabeth Ann Feeney is a Trivedi biofield energy healer who has the ability to harness and transmit the Life Force energy to anywhere around the globe using the phenomena of the Trivedi Effect®. Ms. Feeney has publications in peer-reviewed science journals, which provide scientific validation and authentication of the impact of her work with the Trivedi Effect®.

Some people report that the Trivedi Effect® has deepened their religious faith (Christianity, Catholicism, Protestant, Baptist, Judaism, Scientology, Hinduism, and Buddhism), however, Trivedi Global, Inc. has no religious affiliation, and Guruji Mahendra Trivedi does not endorse any healing modality, recommending instead that individuals follow their own beliefs and inner guidance. By realising levels of higher consciousness through biofield energy transmissions, people report having experienced spiritual awakenings, more profound experiences during spiritual practices such as yoga, meditation and mindfulness, and greater progress along their spiritual journey.

In September of 2015, Guruji Mahendra Trivedi provided, for more than 100 Trivedi healers, the unique opportunity to take part in a series of science experiments designed to validate the power of the Trivedi Effect® when transmitted by these energy healers. Ms. Feeney was part of a group of 18 Trivedi healers who took part in one of these experiments. The energy treatment, which was performed by healers who were located in various countries all around the world, was transmitted thousands of miles across the globe, to India.

Since discovering his own ability in 1995, Mahendra Trivedi has nurtured and developed three Trivedi Spiritual Masters: Dahryn Trivedi, Gopal Nayak, and Alice Branton. The abilities of these energy healers have been scientifically tested, measured and documented by a multi-billion dollar, internationally renowned science laboratory. This research has also been published in prominent, international peer-reviewed science journals.

In the field of spiritual enlightenment and self-improvement, there are innumerable practices, tactics and techniques that offer a pathway to improved health and a better life. The Trivedi Effect®—not merely a technique or a practice, but a scientifically proven phenomenon—is the only one of its kind in the realm of energy healing. The Trivedi Effect® represents a major breakthrough in the emerging frontier of Biofield Energy Science. It has the power to transform living organisms (including plants, trees, fungi, animals, bacteria, viruses, cancer cells and human cells) and non-living materials (including metals, ceramics, polymers and chemicals), permanently altering cellular and atomic structures to evolve them into a state of optimal existence.

During a study at the California Pacific Medical Center Research Institute, Guruji Mahendra Trivedi administered his biofield energy transmission to a mixed sample of both cancerous and healthy cells.

The results showed that the Trivedi Effect® was capable of distinguishing between the cancerous cells and healthy cells, killing the cancerous cells while promoting the life and viability of healthy cells. “The results suggest that the biofield treatment administered in the laboratory can induce cell death of brain cancer cells from a distance while at the same time promoting viability of normal brain cells. Such selective efficacy against cancer cells is the sought after ‘holy grail’ for novel experimental anti-cancer agents and makes this work all the more exciting.”—Garrett L. Yount, Ph.D.

The Trivedi Effect® has been applied in various areas of study—including agriculture, genetics, cancer, microbiology, materials science, pharmaceuticals, nutraceuticals and animal husbandry—with astounding results. These studies have been published in nearly 200 peer-reviewed scientific journals adopted by the National Institutes of Health, over 450 universities in the U.S., and hundreds of other universities all over the world, including Harvard, Penn State, MIT, Yale, Princeton, Columbia, Brown, Cornell, Oxford and Cambridge. Today, Mahendra Trivedi is the leader in Biofield Energy Healing Sciences and his research has been cited in more than 1,700 instances.

The mission statement at Trivedi Global, Inc. is to utilise the Trivedi Effect® to usher in a new era that integrates scientific research with consciousness, to vastly improve the human condition and benefit humanity on a global scale. Currently, Trivedi Global, Inc., is continuing its investigation of the energy that powers the Trivedi Effect® via collaboration with an international, multi-billion-dollar research organization to study the impact of the Trivedi Effect® on revolutionary pharmaceutical and nutraceutical products with great promise for the treatment of immune disorders, inflammatory diseases, cancer and obesity; as well as for anti-aging, antioxidants, probiotics, prebiotics and overall health for the betterment of the world.