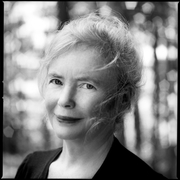 Elizabeth Patric is widely known as a bio-energy practitioner and has been practicing various energetic healing modalities since 1997. Since 2010, she has been studying under the guidance of Mahendra Kumar Trivedi and her Trivedi Effect. She is also sought after for her abilities to evaluate the energetic totality of her clients and suggests flower essence remedies and other holistic medicines that address her client's physical, mental, spiritual healing and transformational challenges. Elizabeth owns Spirit water gardens ( www.spiritwatergardens.com ) where she co-creates flower and gem essence combinations and collects flowers from the wilderness of Northern Wisconsin, from powerful earth sites all over the world and from those grown organically in her gardens.

As a small child, Elizabeth was aware of unseen subtle energies that existed on the non-physical realms. Her parents were both scientists with advanced degrees and although they respected their knowledge base, she was also profoundly aware that their spectrum of information did not include the unseen energies that were an important part of her perceptions.

Elizabeth graduated with a degree in Plant Ecology in 1975 and continued with graduate studies in Landscape Architecture. She worked as an in-house plant Ecologist for a commercial farm for 8 years and then became the herbalist for Canterbury Village, in New Hampshire, which was the last remaining group of authentic Shakers that had formed advanced utopian communities in England and the eastern parts Of the United States. Along with her scientific pursuits, she was immersed in tantric studies from 1978 - 2008, studying with many renowned teachers from all over the world. She completed the highest and most challenging teacher training - the Yoga Alliance 500 teaching level, and started her own Northwood's Yoga School in 1995, certifying many of her students to teach yoga. Elizabeth passed on her Yoga School to one of her top students in 2011.

Elizabeth is the author of both FLOWERSPEAK - The Flower Whisperer's Guide to Health, Happiness and Awakening and the manual on a form of healing energy entitled LaHoChi - High Frequency Hands-on Healing. She has presented and facilitated many workshops and presentations. Elizabeth strives to bring out the beauty of soul and spirit in each of her clients. Through their guidance, they develop great momentum in their spiritual expansion, enthusiasm, intelligence, self-esteem, divine connection and love for life. They gain exceptional abilities to uncover their most authentic qualities and make significant contributions to the planet. Currently, one of the areas of her life that Elizabeth is most passionate about is continued scientific research with Mahendra Trivedi and his incomparable approach and abilities to heal and transform the world with the Trivedi Effect.

Because of her scientific background, Elizabeth wanted to stay connected while she was involved in her tantric studies, to what was going on in science, especially as it related to ongoing research in the areas of consciousness, energy healing and energy medicine. For 13 years in a row, she attended (and occasionally presented at) the International Society for the Study of Energy and Energy Medicine (ISSSEEM) which is a corporate umbrella of Holos University Graduate Seminary as the University's International Research Division.

At these annual meetings, Elizabeth met many illuminated researchers dedicated to bridging science and consciousness. For example, she met and discussed Dr. Rustom Roy's current (at the time) research in subtle energies during several of the meetings. Dr. Roy, who was a researcher at Pennsylvania State University and nominated for the Nobel Prize 23 times enjoyed connecting with intuitive healers who were also interested in science. Through his collaboration with Guruji Mahendra Trivedi, Dr. Roy predicted that Mr. Trivedi's science research would trigger the upstart of a new scientific paradigm of understanding. He had this to say about Mr. Trivedi and his abilities, "I see him as the completion of what India has brought to the world in modern scientific terms ... Science is the religion of the world. It's going to be very tough for the establishment to hold onto old ideas. I think with Mr. Trivedi's potential, I may become a pioneer in loosening the grasp of old science .... I have no doubt Mr. Trivedi will change the face of science and human well-being in my lifetime. "

Another wonderful influence on Elizabeth's life was wisdom gleaned at the ISSSEEM Conferences from Dr. Claude Swanson educated as a physicist at MIT and Princeton University. He had just published a new book, Life Force: The Scientific Basis which was a sequel to his earlier book , The Synchronized Universe . These books provided a scientific and empirical foundation for the science of consciousness and summarized the "best evidence" for a wide range of human abilities and unusual physical phenomena which demonstrated the characteristics of subtle energy. These books outlined the physics theory for how these energies could be integrated into an expanded science of consciousness. Dr. Swanson discusses Mahendra Trivedi in his books and piqued interest in this extraordinary man and his abilities.

In 2010, Elizabeth had the honor of finally meeting Mahendra Kumar Trivedi at Deepak Chopra's first ever Sages and Scientist's Conference. Mahendra Trivedi has the unique ability to harness the energy from the universe and transmit it to living organisms or non-living materials anywhere in the world. The energy performs intelligently and beneficially to the recipient's unique needs, optimizing the recipient's unlimited potential at the cellular, molecular and atomic level, thus leading to lasting changes in their behaviors and characteristics. This unique phenomenon has become world renowned as the Trivedi Effect.

Elizabeth was immediately struck by the over 4000 scientific studies that Mr. Trivedi had undertaken, in the areas of human health, agriculture, livestock, biotechnology, cancer, autoimmune disorders, microbiology, genetics, and material science. There were studies that addressed inflammation, fibromyalgia, irritable bowel syndrome, arthritis, sexual dysfunction, chronic fatigue syndrome and chronic pain. Also, most impressively, Mr. Trivedi had garnered over 250,000 testimonials from individuals attesting to beneficial results in the areas of improved physical health, sexual satisfaction, enhanced relationships, emotional health, intellectual acuity, improved financial situations, , Stress, anxiety, fear, loneliness, sadness, uncertainty and worry. She knew that she wanted to study with Trivedi and immersed herself with every program that the Trivedi Organization offered.

Through her association with Mr. Trivedi, Elizabeth has had the profound privilege to meet the spiritual masters who have chosen to bring her work out into the world. This includes Master Alice Branton, Master Dahryn Trivedi and Master Gopal Nayak. These masters have been an inspiration to Elizabeth in all areas of her life. Barry Wellborn, Deborah Smith, Dezi Koster, Jagdish Singh, Kathleen Vagt, and Krista Callas. She is also a member of the Board of Trustees.

Parents have reported that their children have visible and dramatic shifts in their children's moods, social interactions, awareness, environmental integration, behavior and mental and emotional well-being.

Elizabeth envisions a world where each one of us is more consciously tapped into and harnessing subtle, unseen universal energies and forces that inform and ignite on the atomic level - healing, transformation and expansion of consciousness. Mahendra Trivedi has provided a brilliant and priceless model for our ever expanding abilities to use these powerful energies that will give rise to greater unity and health to all that and will be and bring comprehensive shifts that will shape the Heaven on Earth we all have Dreamed of.