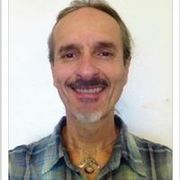 Fabio Massimo Paciucci received his BA in Film & TV Production from Brooklyn College in 2002. Following his interest in media production, Mr. Paciucci was already working in both film and TV production for about a decade before graduating. Mr. Paciucci developed his healing powers early in the 1990s. His main interest was on achieving wellness and well-being through connection with spirit and the release of blockages in the energetic body. He started using breath facilitation, movement and yoga working with groups, and at an individual level in New Hampshire, Massachusetts and New York.

After an hiatus of about 15 years, following the inset of a life-threatening disease, Mr. Paciucci received a clear calling to resume his healing practice. Since 2014, he has integrated Master level Reiki, and principles of ancient Russian shamanic practices, with the use of the body meridian systems to further help his clients release blockages, and move energy through both the physical and the subtle bodies. His work with the body energy channels includes the use of the Emotional Freedom Technique (EFT), Chakra Healing, and Energy Medicine principles. In addition, Mr. Paciucci is a certified Integrative Nutrition Health Coach. Most recently, Mr. Paciucci has been working successfully with cancer and immune disease patients at a healing facility in Budapest, Hungary.

Most importantly, Mr. Paciucci joined the Trivedi Healers program in 2013 and came to the realisation that true transformation requires elevation of consciousness and a methodical change in the understanding of human condition in relation with the Universal energy that supports and makes all life possible.

Thanks to Mr. Trivedi Energy Transmissions on him, Mr. Paciucci was able to witness his own clients reporting a feeling of greater calmness, happiness, compassion, love, affection, and indescribable peace, in addition to better quality of sleep and positive changes in body metabolism.

Mahendra Kumar Trivedi was gifted with the unique ability to harness universal energy and transmit it to living organisms or nonliving matter in any place around the world, and most likely past and beyond earth itself. This has been proven to be intelligent energy with an ability to performs in beneficial ways responding to the recipient’s unique needs, optimising the subject potential at the cellular, molecular and atomic level, while producing lasting changes in their behaviours and characteristics. This has come to be known worldwide as a unique phenomenon, namely the Trivedi Effect®.

In 2014, thanks to the support of daily energy transmissions from Mr. Trivedi, Mr. Paciucci was able to undergo a proving treatment for cancer with chemotherapy and radiation, without reporting any side effects or loss of body functionality. Instead, he reported having improved immune systems functionality and developed greater self-healing abilities

Mr. Paciucci has been drawn to Mr. Trivedi ability to transform his human experience and positively increase his potential as healer and catalyst for change in other individuals. More than anything else, Mr. Paciucci appreciated the amount of scientific research that document Mr. Trivedi ability to transform both living organism and nonliving materials.

Together with other Healers in the Trivedi Master Wellness Program, Mr. Paciucci has performed distant transmission himself, in both documented scientific studies and healing sessions for humans, plants, and animals.

Parents with children who have Autism Spectrum Disorders have observed visible and dramatic shifts in their children’s mood, social interaction, awareness, environmental integration, behavior, and mental and emotional wellbeing.

Mr Paciucci is currently enrolled in a doctorate program of Acupuncture and Oriental Medicine at the Pacific College of Oriental Medicine in San Diego, California. Mr Paciucci attributes his ability to become involved and excel in this highly demanding program of studies to Mr. Trivedi continuous personal support, and to the scientifically proven power of his energy transmissions.