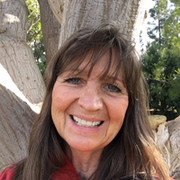 Faith Ann Pyka earned her BA degree in Interior Design in1998 from the Interior Designer’s Institute in Newport Beach, California.   She worked part-time in the design industry and at the same time owns an Independent Service Business and has been a professional in her field of expertise for more than 15 years assisting seniors in their well being.

Ms. Pyka is a natural healer and at a young age, she was aware of the energy field and could see energy.  Faith’s desire to develop her gifts as a natural healer brought her to search for the top American transformational leaders and Energy Healers.  Her studies included Personal Development, Meditation, Tai Chi, Reconnective Healing, Energy Healing, Hands on Healing, Acupressure, EFT, and Nutrition.  Through her efforts she learned that mind/body conditioning has its limitations and that true transformation could not happen by knowledge of techniques, tricks, tactics, practices, ritual and dogma alone.

In June, 2011 Ms. Pyka met Guruji Mahendra Trivedi and the Trivedi Effect through a remote live webcast.  The next day, Ms. Pyka experienced a restorative sleep and a strengthening to a new level of energy at a very stressful time in her life.

Mr. Trivedi began a Healing Masters Program in 2011through Trivedi Global, Inc., so that Healers could develop through consciousness.  Ms. Pyka joined that program and has the ability to harness the life force energy and can transmit this life force anywhere on the planet.  The life-force energy has inherent intelligence and to harness that energy the human potential is required.  The man made machine cannot harness this intelligent energy.  She successfully transmitted energy from California, USA to Mumbai, India which is thousands of miles away.  This energy has inherent intelligence and was travelling and doing what was needed.  This is authenticated and Ms Pyka has the publication in an American peer-reviewed science journal and she is able to use that phenomenon called the Trivedi Effect.

In the area of spiritual enlightenment and self-improvement, there are innumerable practices, techniques and programs that offer approaches toward a better life. But only one is scientifically proven – the Trivedi Effect. The Trivedi Effect represents a major breakthrough in the emerging frontier of Biofield Energy Science. It has the power to transform living organisms (including plants, trees, fungi, animals, bacteria, viruses, cancer cells and human cells) and non-living materials (including metals, ceramics, polymers and chemicals), permanently altering cellular and atomic structures to evolve them into a state of optimal existence.

Ms. Pyka has a high respect for Christianity, Catholicism, Protestant, Baptist, Judaism, Scientology, Hinduism and Buddhism, Reiki, Qi Gong, Yoga, and Meditation but does not practice them or endorse any healing modality.  By entering into higher levels of consciousness through the Energy Transmissions people report having Spiritual Awakenings.

Guruji Mahendra Trivedi is the founder of Trivedi Effect, and he is a Spiritual Master.  He has three more people, Alice Branton, Dahryn Trivedi and Gopal Nayak who are developed Masters and also gifted.

Mahendra Kumar Trivedi received the attention of Dr. Rustom Roy, a materials scientist from Penn State University who was nominated for the Nobel Prize 23 times. His extensive research and experimentation on the abilities of Mr. Trivedi’s Biofield Energy Transmissions led him to say, “I see him as the completion of what India has brought to the world in modern scientific terms. … Science is the religion of the world. It’s going to be very tough for the establishment to hold onto old ideas. I think with Mr. Trivedi’s potential, he may become a pioneer in loosening the grasp of old science. I have no doubt Mr. Trivedi will change the face of science and human well-being in my lifetime.”

Mahendra Kumar Trivedi’s Biofield Transmissions have assisted people with a wide range of varying conditions and problems.  With the support of science research performed at the California Pacific Medical Center Research Institute, it has been concluded that the Biofield Energy Treatments administered by Mr. Trivedi have an inherent intelligence that treats each recipient and specimen uniquely. In one particular study at the California Pacific Medical Center Research Institute, Mr. Trivedi administered his Biofield Energy Treatment to a mixed sample of both cancerous cells and noncancerous cells. The results showed that the Biofield Treatment was able to kill the cancerous cells while at the same time promote the viability of the noncancerous cells:

“The results suggest that the Biofield Treatment administered in the laboratory can induce cell death of brain cancer cells from a distance while at the same time promoting viability of normal brain cells. Such selective efficacy against cancer cells is the sought after ‘holy grail’ for novel experimental anti-cancer agents and makes this work all the more exciting.”  -

All forms of energy currently known to the world, such as electrical, magnetic, solar, wind, thermal, gravitational, optical energy and so on, have their own limitations and do not perform intelligently. No other energy on this planet is capable of controlling whether or not the object receives said energy, or how the object or specimen will react to the energy. Albert Einstein was highly frustrated with the limitations of these known forms of energy. Hence, he wrote the most philosophical statement in the history of science: “I, at any rate, am convinced that He [God] cannot throw dice.”  He began working on a Unified Field Theory, which theorizes that there is a single energy within our Universe that is capable of doing everything.

In answer to Albert Einstein’s quest of a Unified Field of Energy, the science experiments conducted on the Trivedi Effect show that this is the only energy discovered and validated by science that has inherent intelligence.  This energy is not only able to distinguish between cancerous cells and noncancerous cells, but it also is able to treat each recipient uniquely, i.e. the same energy that decided to kill the cancerous cells also made the decision to provide life and greater viability to the noncancerous cells. Further, The Trivedi Effect does not require the specimen’s or object’s permission to “receive” the energy.  This energy decides whether or not the object or specimen will receive it, as well as determines the outcome. This energy has affected every treated living and nonliving specimen uniquely within a controlled laboratory setting, which makes this phenomenon a remarkable discovery that is unique and without comparison.

Guruji Mahendra Kumar Trivedi’s mission is to utilize the Trivedi Effect to usher in a new era that integrates scientific research with consciousness to vastly improve the human condition and benefit humanity on a global scale.  He is collaborating with an international research organization to study the impact of the Trivedi Effect on nutraceuticals, prebiotics, probiotics, antioxidants, anti-aging and in products that can potentially treat cancer, obesity, inflammation and other conditions.

However, by way of scientific verification, we are aware that its impacts are universal and can be applied to both living and non-living substances with seemingly limitless capacity that has exceedingly wide-reaching applications for the betterment of the world.