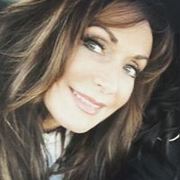 Frances Goodman Warlick studied Liberal Arts and Psychology at North Carolina State University in Raleigh, N. C., where she played on the first NCAA women's basketball team and academically, she earned Athletic Honor Roll. Following studies at NCSU, Frances earned her Registered Nurse Diploma from Cabarrus Memorial Hospital School of Nursing and she practised in the Health and Medical/dental fields as a dental assistant and Oral Surgery and operating room assistant for many of the following years.

Frances was instinctively drawn to Natural Human and Holistic Health areas in the late 1980's and has continued to cultivate those interests to this day. A natural appreciation and value for the diversities in life has supported her calling to be of Love and Service. The body, mind and spirit connection, as it relates to health and quantum mechanics and the link between science and spirituality became the driving force in her fields of focus. With an intense desire to participate in the expansion of human consciousness and awareness beyond current understandings and to elevate her own consciousness, she completed courses in Nia, Matrix Energetics with Richard Bartlett and became certified at The School For the Work with Byron Katie and the Institute for Integrative Nutrition in New York. Reading and awareness of alternative therapies, such as Tai Chi, Qi Gong, Healing Touch, Reiki, massage, acupressure, acupuncture were at the forefront of Frances' choices in healing therapies for herself and her loved ones. Reading the works of other spiritual teachers, such as Wayne Dyer, Deepak Chopra, Eckhart Tolle, Don Miquel Ruiz, Drunvalo Melchizedek, etc. left a huge 'gap' in much of her understanding.

Motivated by the desire to evolve with cutting edge modalities, Francie participated in a live webcast through a Healing With the Masters series in 2011 and was first exposed to the teachings of Guruji Mahendra Trivedi, who was interviewed on the webcast. Frances researched Mahendra Trivedi online and watched all available YouTube videos and read online material. Intrigued with his unique abilities which had been demonstrated and validated through science.

In 1995, Mahendra Kumar Trivedi discovered he had the unique ability to harness the energy from the Universe and transmit it to anywhere on the globe. The infusion of this energy into living organisms and non-living materials optimises their potential. This unique phenomenon resulting from Mr Trivedi's biofield energy treatments "has come to be known as The Trivedi Effect®." This phenomenon has been described as "hard to believe and impossible to deny."

Frances attended retreats with Mahendra Trivedi where she was personally introduced to the Trivedi Effect® and she became one of his client/students, joining a monthly transmission program.

Guruji Mahendra Trivedi has developed 3 others who are gifted in the transmission of The Trivedi Effect®. There are hundreds of publications and 1000s of testimonials from all over the world from those receiving these energy transmissions from Mahendra Trivedi, Dahryn Trivedi, Alice Branton and Gopal Nayak.

Frances Warlick received remote and in-person Energy transmissions from Guruji Mahendra Trivedi, as well as, Trivedi Masters, Dahryn Trivedi, Alice Branton and Gopal Nayak over the course of 4-5 years. The transformation and results have been nothing short of miraculous:

Joy and increase levels of personal well being,

Increased desire for truth and

The Trivedi Effect®, while optimising the potential in living and non-living materials, was the connection between science and spirituality, supported by scientific proof, that filled in the 'gap' of Ms. Warlick's understanding. Finally, a Spiritual Master performing a unique phenomenon that is without religious affiliation or the practice of religious and political dogmas.

Mr. Trivedi's physiology is unique, as well, and has been medically evaluated and extensively studied by professionals from around the world. The results can be found online at www.trivediphysiology.com. His is the only brain on the planet in a constant state of excitement and calmness at the same time... Described as, "A human superconductor able to receive nature's energy and transmit it through brain waves!"

The outcome reports from human testimonials of those receiving these intelligent, beneficial energy transmissions give reason to exclude the possibilities of the Placebo Effect in the documented results.

The scientific publications have been adopted by the National Institutes of Health and hundreds of Universities throughout the world.

Leading scientists, such as Dr. Rustum Roy, a materials scientist from Penn State University, who was nominated 23 times for the Nobel Peace Prize, were astounded by the results from these biofield energy transmissions by Mahendra Trivedi, known as The Trivedi Effect®.

It was Frances' extreme good fortune to be invited to volunteer with Mr. Trivedi and Alice Branton's team in the client Services department at Trivedi Effect in Scottsdale, Arizona in 2013. She moved with the Trivedi Global, Inc. Team to Las Vegas, Nevada in 2014. During her service to the Trivedi Global Inc. and it's team members, she had the opportunity to be in the physical presence of the Trivedi Masters and share in the work environment participating in product fulfillment, client services and listening to 1000's of testimonials. This experience was totally supporting her life's commitment to Love and Service.

Improvements in relationships, emotional health, mental potency, sexual satisfaction and finances have all been reported in client testimonials. Also, according to testimonials, The Trivedi Effect biofield energy transmissions have significantly impacted those experiencing Irritable Bowel Syndrome (IBS), arthritis, joint and muscle pain, anxiety disorders, stress and eating disorders like anorexia nervosa and anorexia bulimia. Living with the stress and demands of today's society can lead to many mental and physical symptoms like Post Traumatic Stress Disorder, Obsessive Compulsive Disorder, social anxiety disorder and panic attacks, and The Trivedi Effect offers hope to everyone for overall health and relief from the worry and the uncertainity that these stresses can cause.

In a frequently sited scientific study at the California Pacific Medical Center Research Institute, Mahendra Kumar Trivedi administered his biofield treatments to a mixed sample of both cancerous cells and noncancerous cells. The results showed that the biofield treatment was able to kill the cancerous cells while at the same time promote the viability of the noncancerous cells: "The results suggest that the biofield treatment administered in the laboratory can induce cell death of brain cancer cells from a distance while at the same time promoting viability of normal brain cells. Such selective efficacy against cancer cells is the sought after 'holy grail' for novel experimental anti-cancer agents and makes this work all the more exciting."

This report provides an irrefutable example of the inherent intelligence of The Trivedi Effect Energy.

Through the collaborative development of Mahendra Trivedi and Alice Branton, over 100 Biofield Energy healers have achieved scientific validation of their ability to harness this inherently intelligent life force energy and to transmit this energy.

Here are some of the names of those with whom Frances has had the opportunity to work:

Frances has benefited from the association and collaboration with each of these individuals!

Frances Goodman Warlick's 'bucket list' includes achieving her greatest human potential and serving her life's purpose of Love and Service. Elevating our consciousness and connecting with the God of our Understanding through The Trivedi Effect® phenomenon is a scientifically proven method to tap into the life force energy and expand the unlimited potential of our lives. Mr. Trivedi and Ms. Branton continue study in The Trivedi Effect® energy and are in collaboration with an international, multi-billion-dollar research organization to continue their study of The Trivedi Effect® on revolutionary pharmaceutical and nutraceutical products. This continued study offers great promise for the treatment of immune disorders, inflammatory diseases , cancer and obesity; as well as for anti-aging, antioxidants, probiotics, prebiotics and overall health for the betterment of the world.