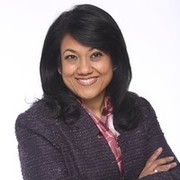 Inthirani Arul was born as a natural healer and with the gift of compassion.  From the age of 9 she was nurtured understanding responsibility and stepped into the role of being a caregiver for her mother who suffered from many medical complications such as Diabetes, high blood pressure, heart disease, progressive loss of eyesight in both eyes until she was blind, mental health issues where she dealt with severe mood swings, depression and suicidal tendencies where through intuition Inthirani was present to deal with the  many medical life threatening emergencies she had to face.  Inthirani was motivated, had deep affection and found pleasure in creating opportunities for her mother’s independence and supported her to be active in her daily activities with the greater intention of increasing her longevity.

From that time on she knew her calling and passion and love for helping people and has cared for countless senior citizens where she volunteered for several years in the Vancouver General Hospital with the greater intention of increasing their longevity including children and Adults with high medical needs. Many had nonverbal communication systems, Cerebral palsy, autism, Down syndrome, prayer willi, psychosis, schizophrenia, Alzheimer’s, cancer, physical and mental disabilities.

Inthirani has empathy and understands what it feels like to struggle with anxiety and low self-esteem. She developed, Kyphosis and as a result of work related injuries and experiencing several motor vehicle accidents she suffered from back injuries and severe pain.  She then sought out various healing modalities in areas of integrative medicine, Natural Healers who used natural healing techniques, life coaching, Holistic Medicine, , Energy Medicine, Energy Healing, Healing Touch, Tai Chi, Reiki practitioners, Reiki Healers, Qi Gong, Massage, Acupressure, Acupuncture, hot yoga and other alternative modalities, and she even learned meditation techniques.

However being one of the healthcare industry workers, Inthirani’s values include bringing quality care into the lives of those she cares for and strives to be the best version of herself by taking courses and trainings on the quest of her own personal growth for the betterment of humanity.  Due to anxiety, shyness and fear of speaking she persevered and was recognized by Dale Carnegie with 2 awards one being the highest award for achievement.    After an arranged marriage and the death of her husband she had a yearning to help humanity in a far greater way. As a widowed mother of a gifted son she knew she always wanted to raise a leader and did everything she could to give him all the educational opportunities because she recognized his passions.  She then started to search her purpose with the intention of finding what it was so she started seeking from highly recognized transformational leaders who are making change on this planet.

Her greatest desire was to be connected with the divine and be fully immersed in her spiritual journey and she met leaders who had spiritual backgrounds and then in May 2013, Inthirani Arul met Guruji Mahendra Trivedi.   Mr. Trivedi has the unique ability to harness the energy from the universe and transmit it to living organisms or nonliving materials anywhere in the world. The energy performs intelligently and beneficially to the recipient’s unique needs, optimising the recipient’s potential thus altering their behaviours and characteristics. This phenomenon is called the Trivedi Effect®.

Inthirani Arul saw him as an inspiration and was impressed with Mr. Trivedi’s extensive testing of the Trivedi Effect in 4,000 scientific studies with world- renowned scientists and research institutes in human health, cancer, microbiology, genetics, livestock, agriculture, biotechnology and materials science and over 250,000 testimonials on the Trivedi Effect®’s power to uplift every aspect of the human condition.

With nearly 200 publications in major international peer-reviewed scientific journals that all corroborate the dramatic results reported through human testimonials, thus eradicating the possibility of any placebo effect.

This research also constitutes an invaluable database for scientists attempting to understand the power of consciousness.

At this time in her life Inthirani Arul was looking for her life purpose and seeking to build on her communication skills, confidence and seeking improved immune systems for her and her son. Inthirani knew life had a greater calling for her to speak to and help the masses.

After receiving her first Biofield Energy Healing Treatment/"Energy Transmission" she felt a calmness and after a few transmissions her and her son’s health improved remarkably and she is also an Ambassador with the Women of Global Change and today she is an International Speaker, two time Author and the CEO and founder of SoulPath Inc.

As a member of the Trivedi Effect she is recognized and has got the publication in the peer reviewed science journals and she is one of the candidates who has the ability to harness the life force/energy with the phenomena of the Trivedi Effect and can transmit it on this globe along with a group of some very good friends who she has a good relationship with. They include  Ariadne Esmene Afaganis, Barbara Marie Bader, Brian A. Weekes, Daphne Luisa Dumas, Denise Marie Fiedler, Dennille Mellesia Smith, Desi Pano,  Donna Felice Galla,  Donna Maria Alija,  Elaine Barbara Mullins, Elaine M. Scorza, Ellia O'Donnell, Fabio Massimo Paciucci,  Frances Goodman Warlick,  Haddon Norman Salt, Jacqueline Y. Andrews, James Jay McLeran, James Stephen Burnett and Jean Caroline White are also using the Trivedi effect to treat and help the people who are suffering from the varying disorders.

As a group they transmitted it from America and some from Canada to India.  Trivedi Effect is the name of that ability.  That energy has inherent intelligence. She is able to use that phenomena which is called the Trivedi Effect.  There is energy in the universe.  The Trivedi effect is the energy in the universe.  Man-made machines cannot harness intelligent energy. Man-made machine can harness the energy like thermal energy, electric energy, magnetic energy, heat energy and optical or light energy.

To harness that inherent intelligent energy the human potential is required and the phenomena or the process to harness or the abilities to harness is called the Trivedi Effect.

There have also been several testimonials from different people reporting that The Trivedi Effect has helped them and their loved ones during cancer treatments, helping them cope with cancer and increasing their recovery period after receiving bouts of Radiation and chemotherapy. In addition to relief from physical disorders and health problems, people also report drastic results in their emotional health, psychological disorders, neurological disorders and overall mental wellbeing, including relief from depression, manic depression, bipolar disorder, post-traumatic stress disorder (PTSD), obsessive compulsive disorder (OCD), stress, anxiety, separation anxiety, social anxiety disorder, panic attacks and panic disorders, anorexia nervosa, anorexia bulimia, loneliness, sadness, uncertainty, worry, indecisiveness, feeling hopeless and worthless, restlessness, emotional trauma, feelings of dissatisfaction and boredom, and a wide range of psychosomatic disorders. There have been testimonials from many parents that have children with varying Autism Spectrum Disorders that, after receiving bio field treatments observed visible and dramatic shifts in several areas including mental and emotional wellbeing.

Guruji Mahendra Trivedi is a spiritual Master, founder of the Trivedi Effect and has the ability to harness the intelligent energy called the Trivedi Effect.  He is guiding 3 people who are Masters and are recognised as highly skilled and powerful healers.  They are Alice Branton the CEO of Trivedi Global Inc., Dahryn Trivedi, and Gopal Nayak.

Guruji Mahendra Trivedi has been recognised in over 150 peers reviewed science publications on the capabilities of the Trivedi Effect to transform living organisms and non-living materials. These publications have been adopted by the National Institutes of Health, over 900 Universities within the U.S. and hundreds more internationally, including Oxford, Cambridge, Princeton, Harvard, Columbia, Brown, Dartmouth, Penn State, Cornell and Yale.

Furthermore Inthirani respects that Mr. Trivedi recommends everyone follow their own beliefs and inner guidance as she has very high respect for the various religious faiths (Christianity, Catholicism, Protestant, Baptist, Judaism, Scientology, Hinduism, and Buddhism).  She is fascinated that through the Energy Transmissions, people have experienced Spiritual Awakenings.

Inthirani believes that every person matters because they have the potential to leave an impact and imprint one that can move touch and affect humanity.