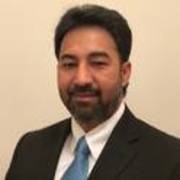 Jagdish Singh earned his Master's degree in Computer Applications in 1991 and has been working in Information Technology for more than 25 years. Mr. Singh is a Project Management Professional (PMP) and a Certified Scrum Master (CSM) and Certified in Cisco-Networking (CCNA) technologies. Throughout his IT career, Mr. Singh has held various positions, ranging from Software Engineer to COO and worked with small, medium and global companies. Although he has a technical background, Mr. Singh has always held a keen interest in spirituality. He is fascinated by the natural healing and various healing modalities. Mr. Singh has studied and received certifications in various healing techniques including Reiki, Reconnective Healing, Matrix and some of the Chinese healing modalities. Mr. Singh has also worked with many top energy healers and transformational leaders, explored meditation techniques like Transcendental Meditation, and studied personal development and leadership programs. Although these techniques and programs had their own merits and effects, Mr. Singh felt these were all limited in nature. I have realized that true transformation needed something beyond the techniques.

Mr. Jagdish Singh's exploration continued for deeper knowledge and his search led him to Guruji (Mr. Mahendra Kumar Trivedi). In May, 2011, Mr. Singh met with Guruji in a retreat, in which along with Divine Discourses he was administering biofield energy transmissions. The very first time Mr. Singh experienced the biofield energy transmissions from Guruji, I felt a deep sense of calm and inner peace.

Mr. Trivedi has the unique ability to harness the energy from the universe and transmit it to living organisms or nonliving materials anywhere in the world. The energy performs intelligently and beneficially to the recipient's unique needs, optimizing the recipient's potential at the cellular, molecular and atomic level, thus leading to lasting changes in their behaviors and characteristics. This unique phenomenon has become world renowned as the Trivedi Effect®.

Mr. Singh felt strongly drawn to the Trivedi Effect®'s ability to transform and elevate his own human experience; And the documented scientific experiments on the gave him confidence that this was the means for transformation that he had been seeking. It is Mr. Singh's strong belief that he has benefited extraordinarily through Mr. Trivedi and his extraordinary gifts, and through the one thing that impacts everything, the phenomenon of Trivedi Effect®.

These results scientifically validated Mr. Jagdish Singh's ability to harness the universal intelligent energy by successfully utilizing the phenomenon of the Trivedi Effect®. Mr. Singh can also transmit this harnessed universal intelligent energy, the Trivedi Effect®, to any part of the globe, creating the desirable impact on the recipient as proven by the outcomes documented through these science experiments.

In 2013, Mr. Jagdish Singh also received the opportunity to work with Guruji and Trivedi Master Alice Branton as COO of Trivedi Global Inc. While working with them and being a participant in Trivedi Master Wellness Programs, Mr. Singh and many others who Also benefited from these programs found these programs to be "life changing" and "miraculous,". "Trivedi Master Wellness" Programs were designed so people could access firsthand the energy that powers Trivedi Effect®. The participants of these programs claim that the Energy Transmissions have brought about relief from debilitating illnesses, diseases and disorders such as sleep disorders, insomnia, sleep apnea, fatigue, chronic fatigue syndrome, irritable bowel syndrome (IBS), attention deficit disorder (ADD) , Attention deficit hyperactivity disorder (ADHD), fibromyalgia, arthritis, chronic pain, muscle pain, joint pain, low libido, sexual impotency, erectile dysfunction, sexual dysfunction, premenstrual syndrome (PMS), severe migraines, low energy and more. Others insist on improving immune systems and greater self-healing abilities, including those suffering from cancer and those who have received chemotherapy and radiation treatments.

Mr. Trivedi has no religious affiliation and does not endorse any healing modality, recommending everyone to follow his own beliefs and inner guidance. However, some report the Trivedi Effect® has deepened their religious faiths (Christianity, Catholicism, Protestant, Baptist, Judaism, Scientology, Hinduism, and Buddhism). By entering higher levels of consciousness through the Energy Transmissions, people insisting upon experiencing Spiritual Awakenings, more profound experiences during spiritual practices such as yoga, meditation and mindfulness, and greater progress along their Spiritual Journey.

Additionally, many people claim they have discovered their life's purpose and feel more deeply connected to Nature, Spirit and their souls. Others find that their capabilities in such areas as Integrative Medicine, Holistic Medicine, Functional Medicine, Energy Medicine, Energy Healing, Healing Touch, Tai Chi, Reiki, Qi Gong and other alternative medicine modalities, have been heightened.

Despite the increasing number of over 250,000 individuals who attest to beneficial results in physical health, sexual satisfaction, relationships, emotional health, mental potency, business ventures, finances and much more, Mr. Trivedi was aware of the possibility of the placebo effect. Thus, I sought to evaluate authenticity of the Trivedi Effect® through rigorous, scientific application. Mr. Trivedi created an invaluable database on the power of consciousness and human potential, with over 4,000 scientific studies conducted on Trivedi Effect® in agriculture, livestock, biotechnology, microbiology, genetics, human health, cancer and materials science. Moreover, nearly 200 papers have been published in leading international peer reviewed scientific journals documenting measured results of the Trivedi Effect®, thus excluding the possibility of the placebo effect. These publications have been adopted by the National Institutes of Health, over 900 universities within the US and hundreds more internationally, including Oxford, Cambridge, Princeton, Harvard, Columbia, Brown, Dartmouth, Penn State, Cornell and Yale. Astounding results have led to collaborations with leading scientists such as Dr. Rustom Roy, a materials scientist from Penn State University who was nominated for the Nobel Prize 23 times. Through his corroboration with Guruji Mahendra Trivedi, Dr. Roy predicted that Mr. Trivedi's science research would trigger the upstart of a new scientific paradigm of understanding. He had this to say about Mr. Trivedi and his abilities, "I see him as the completion of what India has brought to the world in modern scientific terms. ... Science is the religion of the world. It's going to be very tough for the establishment to hold onto old ideas. I think with Mr. Trivedi's potential; He may become a pioneer in loosening the grasp of old science ... I have no doubt Mr. Trivedi will change the face of science and human well-being in my lifetime. "

It seems clear that the Trivedi Effect® energy has some sort of inherent intelligence that is capable of distinguishing and treating each recipient uniquely; A study conducted to assess the Trivedi Effect® biofield energy treatments on a mixed sample of cancerous and noncancerous cells at the California Pacific Medical Center Research Institute provides undeniable support for this theory: "The results suggest that the biofield treatment administered in the laboratory can induce Cell death of brain cells from a distance while at the same time promoting viability of normal brain cells. Such selective efficacy against cancer cells is sought after 'holy grail' for novel experimental anti-cancer agents and makes this work all the more exciting. "Garrett L. Yount, Ph.D.

Mr. Singh feels fortunate to be associated with Mr. Trivedi, whose mission is to use The Trivedi Effect® to usher in a new era that integrates scientific research with consciousness to vastly improve the human condition and benefit humanity on a global scale.