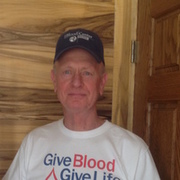 James Jay McLeran was gifted artistically from a young child and was natural athlete. At high school, he excelled in art, football and athletics.

In junior college, he played football for Marshalltown, however he transferred to Iowa State a year later to pursue a degree in Landscape Architecture. Prior to completing his degree, he was up for the draft but by a twist of fate - due to a clerical error and the draft finally being cancelled he was never shipped off to boot camp.

After this reprieve, He moved to Iowa City and began working for an architect.

In 1975 he was introduced by friends to books of a more spiritual nature and he found he had a thirst to know more and began his spiritual journey.

As from 1977 he worked with a contractor and that’s where he began his profession of being a carpenter.

James suffered from severe insomnia from when he was a teenager and searched for a means to alleviate this condition and improve his health. He tried all types of alternative health and healing modalities to treat his insomnia without any success and this began his quest for improving his diet and leading a healthier lifestyle.

He first got to see Guruji Mahendra Kumar Trivedi in person in Chicago at a Retreat in May 2010 and then again for a 1 day Retreat in Iowa in June 2010 and has been partaking in the “Trivedi Master Wellness” programs ever since.

Mahendra Kumar Trivedi has the unique ability to harness the energy from the universe and transmit it to living organisms or nonliving materials anywhere in the world. The energy performs intelligently and beneficially to the recipient’s unique needs, optimising the recipient’s potential at the cellular, molecular and atomic level, thus leading to lasting changes in their behaviours and characteristics. This unique phenomenon has become world renowned as the Trivedi Effect®.

Mr. Trivedi created an invaluable database on the power of consciousness and human potential, with over 4,000 scientific studies conducted on the Trivedi Effect® in agriculture, livestock, biotechnology, microbiology, genetics, human health, cancer and materials science. Furthermore, nearly 200 papers have been published in leading international peer-reviewed scientific journals documenting measured results of the Trivedi Effect®, thus excluding the possibility of the placebo effect. Astounding results have led to collaborations with leading scientists such as Dr. Rustum Roy, a materials scientist from Penn State University who was nominated for the Nobel Prize 23 times. Through his corroboration with Guruji Mahendra Trivedi, Dr. Roy predicted that Mr. Trivedi’s science research would trigger the upstart of a new scientific paradigm of understanding. He had this to say about Mr. Trivedi and his abilities:

“I see him as the completion of what India has brought to the world in modern scientific terms. Science is the religion of the world. It’s going to be very tough for the establishment to hold onto old ideas. I think with Mr. Trivedi's potential, he may become a pioneer in loosening the grasp of old science. I have no doubt Mr. Trivedi will change the face of science and human well-being in my lifetime.”

Mahendra Kumar Trivedi’s biofield treatments have assisted people with a wide range of varying conditions and problems with varying degrees of severity that, with the support of science research performed at the California Pacific Medical Center Research Institute, it has been concluded that the biofield energy treatments administered by Mr. Trivedi have an inherent intelligence that treats each recipient and specimen uniquely. In one particular study at the California Pacific Medical Center Research Institute, Mr. Trivedi administered his biofield energy treatment to a mixed sample of both cancerous cells and noncancerous cells. The results showed that the biofield treatment was able to kill the cancerous cells while at the same time promote the viability of the noncancerous cells:

“The results suggest that the biofield treatment administered in the laboratory can induce cell death of brain cancer cells from a distance while at the same time promoting viability of normal brain cells. Such selective efficacy against cancer cells is the sought after ‘holy grail’ for novel experimental anti-cancer agents and makes this work all the more exciting.” - Dr. Garrett L. Yount, Ph.D.

In January 2016, James participated in a science research study alongside 19 of his other colleagues to authenticate their biofield energy healing treatment abilities.

Since being with Guruji, Mr. McLeran feels more optimistic and more connected to the Divine presence in his life.