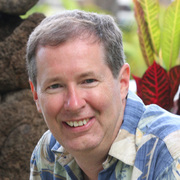 James Joseph Meuer had an aptitude and passion for science and technology from a young age. He completed an Electronics Technology Program at DeVry Institute and Computer Programming at University of Wisconsin while attending high school, graduating a year early to work at a local company designing robotics and home automation, and then continued his education at Milwaukee School of Engineering.

During that time James also started up several business ventures that offered services and products such as custom programming, scientific instrumentation, web design and online stores. He founded a successful video game company with many titles for a popular gaming system, and a search engine optimisation company that provided online stores and websites for companies that didn’t have an online presence. He also designed a number of inventions. Later James also started investing in real estate and renovating homes and then obtained a real estate sales license in the 1990’s.

In 2005, James moved to Honolulu and went into real estate full time, getting his Brokers license in 2010. In addition to being a Real Estate Broker he used his engineering background to create software for the company’s statistics, presentations and websites.

James had a deep interest in personal development, finding his life purpose and developing consciousness, but with a strong background in science, only wanted to consider methods that had proven scientific results. A natural born healer, he studied and practised yoga, meditation, spiritualism and other spiritual and religious practices and tried various natural healers, energy healers, Reiki, acupressure, life coaches and transformational leaders to enhance his healing ability.

In October of 2010, James discovered Guruji Mahendra Trivedi on a webcast and was intrigued with Mr. Trivedi’s knowledge and ability to transform people and plants beneficially. Known as the Trivedi Effect®, this transformational biofield energy can intelligently alter living organisms at the cellular level and materials at fundamental atomic and molecular levels and increase the health and vitality of plant life and biological systems.

Mahendra Kumar Trivedi can harness energy and transmit it remotely to a material or living organism at any location. It is an intelligent energy that benefits the recipient according to their specific needs from the cellular level to the atomic level. This phenomenon is known as the Trivedi Effect®.

Mahendra Trivedi and Alice Branton have written over 150 international peer-reviewed science publications about the Trivedi Effect® to transform both non-living materials and living organisms. The National Institutes of Health have adopted these publications, and over 900 universities within the U.S. and hundreds more internationally, including Harvard, Yale, Colombia, Oxford, Cambridge, Brown, Cornell, Dartmouth, Penn State, and Princeton.

Children who have Autism Spectrum Disorders have been observed to have dramatic shifts in their awareness, mood, behaviour, social interaction, environmental integration, and emotional and mental wellbeing.

Trivedi Global, Inc. and Mr. Trivedi have no religious affiliations and they don’t endorse any specific healing modalities, recommending everyone follow their own beliefs and inner guidance.

Some people have reported the Trivedi Effect® has deepened their religious faiths (Catholicism, Protestant, Christianity, Baptist, Hinduism, Buddhism, Judaism, and Scientology). Entering into higher levels of consciousness through the Energy Transmissions, people report having experienced Spiritual Awakenings, greater progress along their Spiritual Journey and more profound experiences during spiritual practices such as meditation, yoga and mindfulness.

Mr. Trivedi sought to evaluate authenticity of the Trivedi Effect® ® through rigorous, scientific application and eliminate the possibility of a placebo effect. He created an invaluable database on the power of consciousness and human potential, with over 4,000 scientific studies conducted on the Trivedi Effect® in agriculture, livestock, biotechnology, microbiology, genetics, human health, cancer and materials science. Furthermore, nearly 200 papers have been published in leading international peer-reviewed scientific journals documenting measured results of the Trivedi Effect®, thus excluding the chance of a placebo effect.

Mahendra Trivedi collaborated with leading scientists such as Dr. Rustom Roy, a materials scientist from Penn State University who was nominated for the Nobel Prize 23 times. Through his corroboration with Guruji Mahendra Trivedi, Dr. Roy predicted that Mr. Trivedi’s science research would trigger the upstart of a new scientific paradigm of understanding. He had this to say about Mr. Trivedi and his abilities, “I see him as the completion of what India has brought to the world in modern scientific terms. … Science is the religion of the world. It’s going to be very tough for the establishment to hold onto old ideas. I think with Mr. Trivedi's potential, he may become a pioneer in loosening the grasp of old science... I have no doubt Mr. Trivedi will change the face of science and human well-being in my lifetime.”

The Trivedi mission statement is to utilise the Trivedi Effect® to usher in a new era that integrates scientific research with consciousness to vastly improve the human condition and benefit humanity on a global scale. Currently, Ms. Branton and Mr. Trivedi are continuing their investigation of the energy that powers the Trivedi Effect® via collaboration with an international, multi-billion-dollar research organization to study the impact of the Trivedi Effect® on revolutionary pharmaceutical and nutraceutical products with great promise for the treatment of immune disorders, inflammatory diseases, cancer and obesity; as well as for antiaging, antioxidants, probiotics, prebiotics and overall health for the betterment of the world.