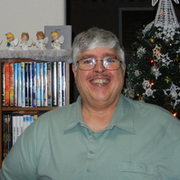 James Burnett completed his BS in Computer Science and Mathematics from Trinity University in 1975.  James’ formal education along with his electronic hobbyist background led to a successful career as a Systems Engineer at Digital Equipment Corporation, Hughes Aircraft Company and Raytheon Company.  James has been the team leader for several successful projects and is know for producing quality software/hardware solutions.

A natural healer by birth, James has trained with Master Stephen Co (Pranic Healing), Dr. Eric Pearl (Reconnective Healing), Dr. Richard Bartlett (Matrix Energetics and Master Energy Dynamics), and John Freedom (Emotional Freedom Technique (Tapping)) among others.  Although each of these healing modalities has augmented James’ natural healing abilities, he felt that there was still something more out there.

In September 2010, James participated in a live webinar with Guruji Mahendra Trivedi.  After receiving his first Biofield Energy Healing Treatment ("Energy Transmission"), James recognised that this was something completely different than his previous training.  This was something that could fundamentally transform him physically, mentally, emotionally and spiritually.  James immediately signed up to receive regular Energy Transmissions.

As James researched Mr. Trivedi, James became even more impressed with Mr. Trivedi’s abilities and dedication to the scientific investigation of the Energy Transmissions.  There were 4,000 scientific studies in human health, cancer, microbiology, genetics, livestock, agriculture, biotechnology and materials science and over 250,000 testimonials.  James noticed that many of Mr. Trivedi’s scientific experiments were purposely done with plants and animals to avoid any possibility of the “placebo effect” sometimes seen in human studies.

James realised that Mr. Trivedi has the unique ability to harness the energy from the universe and transmit it to living organisms or nonliving materials anywhere in the world. And, that this energy performs intelligently and beneficially to the recipient’s unique needs, optimising the recipient’s potential thus altering their behaviours and characteristics. As time went on, this phenomenon became know as the Trivedi Effect®.

On a personal level, the Trivedi Effect® has made some substantial improvements in James’ life.  When James first started receiving the Trivedi Effect® energy, he was fatigued, depressed, angry and ready to give up.  Now, he is much happier.  He is no longer tired, depressed and angry.  He is looking forward to whatever is coming next in his life.  James’ self-esteem, physical health, mental health and emotional health are all much better.  He has also experienced a spiritual awakening that has led to new insights on life and living.

James has observed friends and relatives that have received the Trivedi Effect® energy grow and change in many beneficial ways that are consistent with reports from other Trivedi Healing Masters Program participants.

Many participants claim they have discovered their life’s purpose and feel more deeply connected to Nature, Spirit and their souls.  Others find that their capabilities as healers in areas such as Integrative Medicine, Holistic Medicine, Functional Medicine, Energy Medicine, Energy Healing, Healing Touch, Tai Chi, Reiki, Qi Gong and other alternative and complementary medicine modalities, has been heightened.

For the “at home” plant experiments, each volunteer would choose and purchase seeds for several types of plants.  They would then plant and maintain the seeds, in identical conditions.  For each type of seed, half of the seeds would be infused by the volunteer with the Trivedi Effect® Biofield Energy (the Treated group) and half of the seeds would not (the Control group).  Pictures of both groups of the developing seeds were taken at regular intervals.  The pictures of the experiments were sent to the Trivedi Foundation for evaluation.  For most of the volunteers (including James) and for most of the plant types, the groups of seeds that were infused with the Trivedi Effect® energy germinated at a higher rate and grew faster, with larger root balls, than the control groups.

Building on the success of the previous experiments, Mr. Trivedi and the Trivedi Foundation sponsored another set of experiments that would be fully controlled and monitored by a university in India.  James was in Group 5 for this set of experiments.  Group 5 consisted of 20 volunteers:  Ariadne Esmene Afaganis, Barbara Marie Bader, Brian A. Weekes, Daphne Luisa Dumas, Denise Marie Fiedler, Dennille Mellesia Smith, Desi Pano, Donna Felice Galla, Donna Maria Alija, Elaine Barbara Mullins, Elaine M. Scorza, Ellia O'Donnell, Fabio Massimo Paciucci, Frances Goodman Warlick, Haddon Norman Salt, Inthirani Arul, Jacqueline Y. Andrews, James Jay McLeran, James Stephen Burnett, and, Jean Caroline White.  For Group 5, Mr. Trivedi chose a selection of organic and inorganic substances.  Again, each substance was presented to the members of Group 5 in sequence via webcam from India.  The Group 5 members would transmit the Trivedi Effect® Biofield Energy into each substance for a few minutes.  The results of the experiment were evaluated by scientists in India.  Significant differences in the Treated and Control groups of substances were found.  The scientists in India have written a paper with the results of the experiment that has been accepted for publication in a peer-reviewed science journal.

Mr. Trivedi has created an invaluable database on the power of consciousness and human potential, with over 4,000 scientific studies conducted on the Trivedi Effect® in agriculture, livestock, biotechnology, microbiology, genetics, human health, cancer and materials science. Furthermore, nearly 200 papers have been published in leading international peer-reviewed scientific journals documenting measured results of the Trivedi Effect®, thus excluding the possibility of the placebo effect.