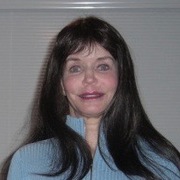 Although Janice had huge successes and had thousands of people, she had always wanted something that could benefit her clients even more. She knew something was lost in the words alone and if her clients could actually experience the universal consciousness the effect would be miraculous. "I want people to be connected to Source. I have always known that that is the answer to any question, no matter what you ask, or what one wants, the Source is the only answer.

In 2012, she started offering biofield energy transmissions remotely to her clients. She has received many testimonials, from her clients, citing extraordinary benefits from the energy transmissions. These include improved physical health, better relationships, great happiness, increased motivation, inspiration, greater intuitive powers, confidence, self esteem, love of life, calmness, awareness of their life purpose, focus, emotional health, mental abilities, sexual satisfaction, financial Increase and new business ventures. Janice's clients say they look and feel younger. Many of their clients find that they have a stronger connection with their spirit and much clearer awareness of their own inner guidance.

Janice was impressed with Mr. Trivedi's extensive 4000 scientific studies in human health, cancer, microbiology, genetics, livestock, agriculture, biotechnology and materials science and over 250,000 testimonials on the Trivedi Effect's power to uplift every aspect of the human condition.

No one has done more than Mahendra Trivedi within the international scientific community. His work is extensive and ongoing. So, when Mr. Trivedi graciously extended an invitation to Janice to participate in a series of science experiments she readily accepted. Janice, to date, has had her abilities scientifically tested, measured, documented and published in multiple peers reviewed science journals. Her studies in cell biology and skin care were conducted with the most sophisticated technologies available on this planet. All of the scientific research and publications give support to the dramatic results reported by human testimonials. All studies and publications have revealed results that have astounded scientists worldwide. Janice has co-authored some of her results with Alan Balmer, Dimitrius Anagnos, Joni Holling, Joy Angevin Balmer, Lauree Duprey-Reed, and Vaibhav Parulkar.

Janice considers herself fortunate to be one of the pioneers in changing the face of science and human well-being. This science research is an invaluable database for scientists attempting to understand the power of consciousness, energy medicine, and the human biofield energy. The Trivedi Effect is continuously applied to a broad range of scientific fields to extend and transcend beyond the frontiers of the current scientific paradigm. By harnessing the potential and heightened capacity of the human biofield, Mr. Trivedi has successfully transformed living organisms and nonliving materials at the atomic, molecular and cellular structures of existence to greatly enhance and alter the characteristics and behaviors of the treated specimen.

The use of the Trivedi Effect will help usher in a new era that integrates scientific research with vastly improving the human condition and benefit humanity on a global scale. Under the tutelage of Mr. Trivedi, Janice and others are collaborating with an international research organization to study the impact of Trivedi Effect on nutraceuticals for overall health, probiotics, prebiotics, antioxidants, anti-aging and in products that can potentially treat cancer, Obesity and inflammation. This pharmaceutical research aims to create new, revolutionary products for the benefit of all humankind.

With the support of scientific research performed at the California Pacific Medical Center Research Institute, it has been concluded that the energy treatments administered by Mr. Trivedi have an inherent intelligence that treats each recipient and specimen uniquely.

All forms of energy currently known to the world, such as electrical, magnetic, solar, wind, thermal, gravitational, optical energy and so on, have their own limitations and do not perform intelligently. No other energy on this planet is capable of controlling whether or not the object receives energy, or how the object or specimen will react to the energy. Albert Einstein was highly frustrated with the limitations of these known forms of energy. Hence, I began working on a Unified Field Theory, which theorises that there is a single energy within our Universe that is capable of doing everything.

In answer to Albert Einstein's quest for a Unified Field of Energy, the science experiments conducted on the Trivedi Effect show that this is the only energy discovered and validated by science that has inherent intelligence. This energy is not only able to distinguish between cancerous and non cancerous cells, but it also is able to treat each recipient uniquely, ie the same energy that decided to kill the cancerous cells also made the decision to provide life and greater viability to the noncancerous Cells. Further, The Trivedi Effect does not require the specimen's permission to "receive" the energy. This energy. This energy has affected every living and non living specimen uniquely within a controlled laboratory setting, which makes this phenomenon a remarkable discovery that is unique and without comparison.

A large and rapidly increasing number of people have experienced the Trivedi Effect and insist that their lives have new meaning and are greater levels of love, compassion, indescribable peace, spirituality, enthusiasm, intelligence, intellectuality, affection, pleasure, sexual orgasm And ejaculation, empathy, deeper relationships, eagerness, as well as altered perceptions. Although Mr. Trivedi has no religious or spiritual affiliation and recommends his own beliefs and inner guidance, people have found that biofield energy treatments have created more profound experiences during spiritual and religious practices, like yoga and meditation, as well as heightened the Healing Touch, Healing Touch, Energy Healing, Energy Medicine, and so on.

Mr. Trivedi has been able to impart this unique ability to transfer an energy through thought, which is directed by intention. Janice has been able to demonstrate this ability as well. This energy performs intelligently, universally and fundamentally as a basis for all living and nonliving forms or entities on this planet to transform, in great ways, in order to improve the conditions and foundation of their existence in this world.

Mr. Trivedi has met many major and world-renowned scientists who are identified as "experts" in the areas of consciousness and biofield energy, each with their own interpretation or assessment of the nature or origin of the Trivedi Effect through the lens Of their personal knowledge and expertise. Currently, he is not attempting to explain the nature and origin of this energy as he finds it does not fit into any existing beliefs or paradigms available on this planet.

However, by way of scientific verification, it is aware that its impacts are universal and can be applied to both living and non-living substances with seemingly limited capacity that has exceedingly wide-reaching applications for the betterment of the world.

Janice is immensely grateful to Mahendra Kumar Trivedi and the Trivedi Masters-Gopal Nayak, Dahryn Trivedi, and Alice Branton for everything they have done for her. All of the energy transmissions she has received from them made it possible for Janice to transmit this powerful, life enhancing energy, thus fulfilling her dream of connecting others to the universal consciousness.