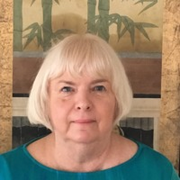 Jean White graduated in 1974 with honours from California State University Los Angeles with a dual Bachelor’s Degree in Physiological Psychology and Philosophy.  The following year the Philosophy Department of Claremont Graduate School offered Jean a full fellowship toward a PhD.

However, she passed on an academic career and decided to pursue other business and self-development opportunities. She returned to academic studies in 1978 to undertake a master’s degree program in Business Communications at California State University Fullerton to help advisory professionals adopt more creative approaches in their marketing and client communication efforts.

Her business and marketing career spanned editorial projects for a highly reputed industrial psychological testing firm, editing textbooks and writing student guides for a community college, and Internet marketing development for a leading international firm in natural health products. She has established relationships with influential members and celebrities in many athlete communities as well as the beauty industry.

Concurrently, Jean actively maintains a strong interest in the fields of growth of consciousness and alternative healing. She has been fortunate to meet and gratefully work closely with luminaries in these fields. While a student Jean conducted experiments in conjunction with a professor on the effect of meditation on brain wave patterns.  This sparked a lifetime interest in how thought and intention can change function.

In October 2010, Jean met Guruji Mahendra Trivedi and experienced his unique abilities to project transformational healing energy from a distance.  Immediately after she discovered people relating to her very positively in business and social contexts and generally felt much more energy and happiness. Accelerated success in her professional pursuits followed quickly.

Guruji's ability to harness and transmit energy from the universe to living organisms anywhere in the world is called The Trivedi Effect. The beneficial results are widely documented in over 4,000 scientific experiments. In group meetings, anecdotal testimony from people receiving The Trivedi Effect shows bodily and emotional benefits as diverse as loneliness, fibromyalgia, and even cancer. Remarkably, it is not necessary to be at the same location, the energy will find the intended recipient wherever they are in the world.  The energy is intelligent and will give the recipient what is needed, whether they are aware of the need or not.

Guruji Trivedi is extraordinary in many regards. He has not only cultured his clients to effortlessly transform financially, emotionally, sexually, and in many other facets of their lives, but he has the ability to raise others to offer similar energy transfers.  Guruji has nurtured three Masters, Gopal B. Nanuk, Alice Branton, and Dahryn Trivedi, each offering the Trivedi Effect benefits.  As the energy passes from them, their particular nervous systems flavour the energy and the results.  For example, its reported that business woman Alice Branton's energy can increase business success.

Jean, along with many clients of Mr. Trivedi was invited to participate in two plant experiments as a way to measure their abilities.  The clients chose seeds from local stores, then transferred energy to one group and not to another.  Then the seeds were planted, placed in the same location and watered.  As the plants grew the difference was notable.  The plants that received energy grew taller, with more leaves.  When they were pulled up at the end, the roots were deeper and more fully formed in the plants receiving the Trivedi Effect.

Jean enjoyed showing the plants to family and friends and nothing they easily picked out the ones she had transferred energy to.  In group discussions during Guruji's webcasts, many clients reported they saw their family members flourish in similar fashion, just by association:  family members found love, employment, friendship, better health as the clients received more and more Trivedi Effect.

Trivedi Effect does not have a religious affiliation, requires no dogma or ritual.  However, some report the Trivedi Effect® has deepened their religious faiths (Christianity, Catholicism, Protestant, Baptist, Judaism, Scientology, Hinduism and Buddhism). By entering into higher levels of consciousness through the Energy Transmissions, people insist having experienced Spiritual Awakenings, more profound experiences during spiritual practices such as yoga, meditation and mindfulness, and greater progress along their Spiritual Journey. Many people claim they have discovered their life’s purpose and feel more deeply connected to Nature, Spirit and their souls.  Others find that their capabilities as healers in areas such as Integrative Medicine, Holistic Medicine, Functional Medicine, Energy Medicine, Energy Healing, Healing Touch, Tai Chi, Reiki, Qi Gong and other alternative and complementary medicine modalities, has been heightened.

Despite the increasing number of over 250,000 individuals who attest to beneficial results in physical health, sexual satisfaction, relationships, emotional health, mental potency, business ventures, finances and much more, Mr. Trivedi was aware of the possibility of the placebo effect.  He sought to evaluate authenticity of the Trivedi Effect® through rigorous, scientific application. Mr. Trivedi created an invaluable database on the power of consciousness and human potential, with over 4,000 scientific studies conducted on the Trivedi Effect® in agriculture, livestock, biotechnology, microbiology, genetics, human health, cancer and materials science.  Furthermore, nearly 200 papers have been published in leading international peer-reviewed scientific journals documenting measured results of the Trivedi Effect®, excluding the possibility of the placebo effect.

Extraordinary results have led to collaborations with leading scientists such as Dr. Rustom Roy, a materials scientist from Penn State University who was nominated for the Nobel Prize 23 times.  Through his corroboration with Guruji Mahendra Trivedi, Dr. Roy predicted that Mr. Trivedi’s science research would trigger the upstart of a new scientific paradigm of understanding.

The Trivedi mission statement is to utilise the Trivedi Effect® to usher in a new era that integrates scientific research with consciousness to vastly improve the human condition and benefit humanity on a global scale. Currently, Mr. Trivedi continues his investigation of the energy that powers the Trivedi Effect® via collaboration with an international, multi-billion-dollar research organization to study the impact of the Trivedi  Effect® on revolutionary pharmaceutical and nutraceutical products with great promise for the  treatment of immune disorders, inflammatory diseases, cancer and obesity; as well as for anti- aging, antioxidants, probiotics, prebiotics and overall health for the betterment of the world.