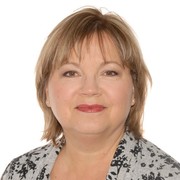 Johanne Dodon received her Bachelor of Commerce with a Major in MIS (Management Information Systems) from Concordia University in 1988, and has since accomplished a successful career as a consultant providing business analysis and advice and guidance in the area of Information Management and Records Management to clients in both the private and public sectors.

Most of her life, Ms. Dodon was searching for ways to cultivate her natural abilities and knowledge about consciousness and the universal laws. She always felt closely connected to nature and with the increase in planetary and other unexplained phenomena that threaten the balance of nature including; the increase in pollution, bioavailability, global warming, toxicity, depletion of the soil and natural resources, climate change, loss of biodiversity, ocean acidification, ozone layer depletion, acid rain, water pollution, and public health, Ms. Dodon started suffering from “happiness depletion” and began feeling deep fear of the future for herself, her children and humanity.

Then, in March 2010, Ms. Dodon received an email invitation to listen to a live broadcast of a most “Gifted Man”.  It was the circumstance and event that introduced Ms. Dodon to Mahendra Kumar Trivedi.

Ms. Dodon felt an immediate resonance with this “Unique Man” and fell in love with the Science so passionately described by Guruji during his discourses.  Ms. Dodon immediately reviewed the numerous experiments on the Trivedi Global Inc. website and realised that this was what she was waiting for.

Mahendra Kumar Trivedi has the unique ability to harness the energy from the universe and transmit it to living organisms or nonliving materials anywhere in the world.  The energy performs intelligently and beneficially to the recipient’s unique needs, optimising the recipient’s potential at the cellular, molecular and atomic level, thus leading to lasting changes in their behaviours and characteristics.  This unique phenomenon has become world renowned as the Trivedi Effect®.

The energy transmissions (Trivedi Effect®) received via the remote live broadcasts felt very, very different to Ms. Dodon.  The energy bypassed all of the “usual” elements of her human condition and went directly to her core to nourish and elevate by all means.  Ms. Dodon felt that the energy was addressing her whole life and body in a way that she could never accomplish on her own.  Immediate improvements were felt in the increasing pain of her skull, hip and joints.  The heart palpitations vanished and after a short time, she felt significant improvement in her Restless Legs Syndrome (RLS), Varicose Veins, problem sleeping, vaginal dryness, and noticed a complete and fundamental change in her perception that reduced negative mind chatter, fear of the future and improved her focus, memory, productivity and overall happiness.

The work of Mahendra Trivedi and the Trivedi organisation can be found in multiple international peer-reviewed science publications on the capabilities of the Trivedi Effect® to transform living organisms and non living materials. These publications have been adopted by the National Institutes of Health, over 900 universities within the U.S. and hundreds more internationally, including Oxford, Cambridge, Princeton, Harvard, Colombia, Brown, Dartmouth, Penn State, Cornell and Yale.

As a long standing Trivedi Healing Master Ms. Dodon has been in close contact with other participants enrolled in the “Trivedi Master Wellness” Programs, that have enjoyed firsthand the energy that powers the Trivedi Effect®.  Most participants have expressed “life changing” and “miraculous,” results with some claiming that the Energy Transmissions have brought about relief from debilitating illnesses, diseases and disorders.  Many testimonials describe improved immune systems and greater self-healing abilities, including those suffering from cancer and those who have received chemotherapy and radiation treatments.

Mr. Trivedi has no religious affiliation and does not endorse any healing modality, recommending everyone follow his or her own beliefs and inner guidance.  However, some report the Trivedi Effect® has deepened their religious faiths (Christianity, Catholicism, Protestant, Baptist, Judaism, Scientology, Hinduism and Buddhism).  By entering into higher levels of consciousness through the Energy Transmissions, people insist having experienced Spiritual Awakenings, more profound experiences during spiritual and religious practices and greater progress along their Spiritual Journey as well as heightened the potential and capabilities of many healers and health care industry workers like Reiki healers.

Mr. Trivedi created an invaluable database on the power of consciousness and human potential, with over 4,000 scientific studies conducted on the Trivedi Effect® in agriculture, livestock, biotechnology, microbiology, genetics, human health, cancer and materials science.  Furthermore, nearly 200 papers have been published in leading international peer-reviewed scientific journals documenting measured results of the Trivedi Effect®, thus excluding the possibility of the placebo effect.

These astounding results have led to collaborations with leading scientists such as Dr. Rustom Roy, a materials scientist from Penn State University who was nominated for the Nobel Prize 23 times. Through his corroboration with Guruji Mahendra Trivedi, Dr. Roy predicted that Mr. Trivedi’s science research would trigger the upstart of a new scientific paradigm of understanding.  He had this to say about Mr. Trivedi and his abilities, “I see him as the completion of what India has brought to the world in modern scientific terms. … Science is the religion of the world. It’s going to be very tough for the establishment to hold onto old ideas. I think with Mr. Trivedi's potential, he may become a pioneer in loosening the grasp of old science... I have no doubt Mr. Trivedi will change the face of science and human well being in my lifetime.”

Mahendra Trivedi’s work within the international scientific community is extensive and ongoing.  This research constitutes an invaluable database for scientists attempting to understand the power of consciousness, energy medicine and the human biofield of energy.  The Trivedi Effect® is continuously being applied to a broad range of scientific fields to extend and transcend beyond the frontiers of the current scientific paradigm.  By harnessing the potential and heightened capacity of the human biofield, Mr. Trivedi has successfully transformed living organisms and nonliving materials at the atomic, molecular and cellular structures of existence to greatly enhance, potentize and alter the characteristics and behaviours of the treated specimen.

Ms. Dodon’s mission is to use her scientifically proven capabilities to harness the Trivedi Effect® through research and exploration to assist organisations in their efforts to generate new discoveries, inventions and innovations to improve lives worldwide for generations to come.