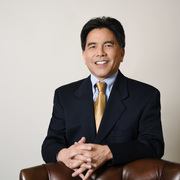 John Suzuki received both a Bachelor of Arts degree in Chemistry and a Bachelor of Arts degree in Biology in 1982 from the University of California, San Diego. Since 1982, he has worked in or consulted for many top medical device, biotechnology and pharmaceutical companies in various scientific and technical roles, including basic R&D, medical diagnostic development, medical device new product design and development, and medical device software. He is the author or coauthor of 16 publications and is the holder of 3 U.S. patents.

Due to his own health challenges in 2006, Mr. Suzuki became aware of the influence of higher consciousness on the health and well-being of individuals, along the knowledge that other natural forces in the universe and certain energetic methods can have a more profound effect on healing the human body than conventional allopathic medicine. His desire to learn about these natural forces and methods led him to study and investigate several healing disciplines, including mind body techniques, natural healing, herbs, homeopathy, nutrition, energy healing and energy medicine, and led him to study with several prominent energy healers in the energy medicine field. His search led him to disciplines that relied on fundamental energies of the universe that could transform the energy in the human body. This included studies of chi, prana, qi, zero point energy, life force energy, and scalar energy.

In 2011 Mr. Suzuki was first introduced to Guruji Mahendra Kumar Trivedi and the Trivedi Effect® through a special webcast. He then experienced the transformational power of Mahendra Trivedi’s remote energy transmissions which could be used to improve human consciousness, change physical matter and heal the human body. Mahendra Kumar Trivedi has the unique ability to harness this fundamental energy of the universe and transmit it to any living organisms or nonliving materials anywhere on earth. The energy is directed intelligently without any formal instructions and is tailored to an individual’s unique requirements. The transmitted energy is therefore optimized to an individual’s unique molecular biology, cellular chemistry, and atomic physical structure. Changes at these levels can lead to permanent alteration in the individual’s behavior and physical characteristics. This phenomenon is now known as the Trivedi Effect®.

Mr. Suzuki was initially attracted to the Trivedi Effect® because it is a fundamental energy which could be used to raise his consciousness and heal his body, but it has also been validated in peer-reviewed scientific experiments giving him confidence and assurance that this energy is authentic.

Mahendra Trivedi and his Spiritual Masters have authored or co-authored hundreds of international peer-reviewed scientific publications on the capabilities of the Trivedi Effect®. These publications have been adopted and accepted by the National Institutes of Health, over 900 universities with the U.S. and hundreds more internationally including Oxford, Cambridge, MIT, Princeton, Harvard, Columbia, Brown, Dartmouth, Penn State, Cornell and Yale. Their biofield energy treatments have benefitted many people and the count of positive and transformational reports is growing.

Additionally, many people claim they have discovered their life’s purpose and feel more deeply connected to Nature, Spirit and their souls. Others find that their capabilities as healers in areas such as Integrative Medicine, Holistic Medicine, Functional Medicine, Energy Medicine, Energy Healing, Healing Touch, Tai Chi, Reiki, Qi Gong and other alternative and complementary medicine modalities, has been heightened.

Despite the increasing number of over 250,000 individuals who attest to beneficial results in physical health, sexual satisfaction, relationships, emotional health, mental potency, business ventures, finances and much more, Mr. Trivedi was aware of the possibility of the placebo effect. Thus, he sought to evaluate authenticity of the Trivedi Effect® through rigorous, scientific application.

Mr. Trivedi created an invaluable database on the power of consciousness and human potential, with over 4,000 scientific studies conducted on the Trivedi Effect® in agriculture, livestock, biotechnology, microbiology, genetics, human health, cancer and materials science.

Astounding results have led to collaborations with leading scientists such as Dr. Rustom Roy, a materials scientist from Penn State University who was nominated for the Nobel Prize 23 times. Through his corroboration with Guruji Mahendra Trivedi, Dr. Roy predicted that Mr. Trivedi’s science research would trigger the upstart of a new scientific paradigm of understanding. He had this to say about Mr. Trivedi and his abilities, “I see him as the completion of what India has brought to the world in modern scientific terms. Science is the religion of the world. It’s going to be very tough for the establishment to hold onto old ideas. I think with Mr. Trivedi's potential, he may become a pioneer in loosening the grasp of old science... I have no doubt Mr. Trivedi will change the face of science and human well-being in my lifetime.”

The Trivedi mission statement is to utilize the Trivedi Effect® to integrate scientific research with consciousness to vastly improve the human condition and benefit humanity on a global scale. Currently, Mr. Trivedi is continuing his investigation of the Trivedi Effect® via collaboration with an international, multi-billion dollar research organization to study the impact of the Trivedi Effect® on revolutionary pharmaceutical and nutraceutical products with great promise for the treatment of immune disorders, inflammatory diseases, cancer and obesity; as well as for anti-aging, antioxidants, probiotics, prebiotics and overall health for the betterment of the world.