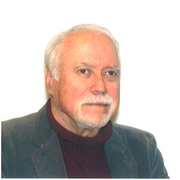 In 1964, while in college, John Griffin lived in Japan for a year as a cultural exchange student. He practised Karate with renowned Master Shozo Ujita. Griffin watched him heal martial arts injuries, transferring Ki biofield energy as part of the treatment. Martial bio-force energy heals, protects the body, steadies the mind, and adds power to martial techniques.

Griffin learned a powerful ancient martial energy generating exercise from Master Ujita. It traces back to the southern Shaolin monastery in China, and its regular practice was especially emphasised. Faithfully practising it could develop a body more immune to illness or injury, with greater internal and external power. It was also said to confer an experience of a harmonious, clear, enlightened, blissful state of consciousness.

Griffin taught martial arts and energy development at his private schools, and as a faculty member and coach at the University of California Santa Barbara. Completing two academic master-level degrees and a PhD degree, he began a career as an educator and professor. Learning more about this mysterious force known by varied names — including Ki, Chi, Mana, Prana, Orgone, Bio-Force and Biofield — became Griffin’s dedicated life goal. He studied under Chinese bio-force energy masters Lu, Zhang, Huang, and Zhou. In 2013, he began biofield energy work with Master Trivedi’s Trivedi Effect®, which “topped off” Dr. Griffin’s decades of bio-force energy development. He participated as a member of one of the groups of Trivedi healers whose distance directed biofield energy enhancement abilities were successfully scientifically tested.

After practising bio-force energy generation exercises in Japan and America, Griffin felt that this special intrinsic energy needed to be utilised on a global scale. But even though large numbers of people worldwide have taken up the practice of Chi Gong (Qigong), Tai Chi, Yoga and other Asian energy arts, it is clear that only scientific validation can bring this subtle energy to major, widespread, global recognition and utilisation.

When Dr. Griffin received an email newsletter about the bio-force energy enhancements offered by Mahendra Kumar Trivedi, his decades of learning from top Asian masters of bio-energy arts allowed him to readily recognise the great gift Master Trivedi had and was sharing. The Trivedi Effect® includes all the benefits Griffin spent so much time, money and effort previously acquiring. But the Trivedi Effect® was much more readily accessible and beneficial. It offered him a ready and convenient means of further elevating his already well developed biofield energy quotient. There was also a pronounced, observable “ripple effect” extending out to his family and associates.

An important and incredibly unique aspect of the Trivedi Effect® is the ease with which Master Trivedi can deliver it by distant broadcast, even while its recipient is peacefully asleep. Griffin had experienced extremely powerful distant transmissions of bio-force energy from one of his Chinese master mentors, but to a more limited degree. Experiencing the Trivedi Effect® can be an easily accessed daily routine, so different from the multi-hour martial arts and Qigong workouts Griffin undertook for so many decades. Although he still deeply enjoys the Chinese exercises for their own sake, he considers it a blessing to be able to conserve his time, which has become increasing short and valuable, while receiving powerful biofield energy.

Although convinced by what he unquestionably felt during his first reception of a distant transmission of the Trivedi Effect®, Griffin was impressed by the scientific research that had accrued regarding it. There were large numbers of testimonials regarding beneficial effects from these biofield energy treatments, positively affecting physical, emotional, and psychological health, relationships, mental clarity and potency, sexual satisfaction, finances, business ventures and more. But as a science trained, experienced engineer, Mr. Trivedi was well aware of the power of psychology and belief, manifest in the well-known placebo effect. Critics could use the placebo effect argument to dismiss the real atomic level, transformative efficacy of the Trivedi Effect®. So, applying his incredible energy and focus, Mr. Trivedi amassed over 4,000 scientific Trivedi Effect® studies in many life sciences and material sciences — including agriculture, livestock, biotechnology, microbiology, materials science, genetics, cancer and human health. Dozens of publications in leading international peer-reviewed scientific journals report the positive outcome of this scientific research.

These results, though astounding, have been welcomed by open-minded scientists equipped and willing to thoroughly investigate them. The culture of India has an ages-old tradition of manifested psychic and energetic abilities. In the past, Yogis such as Vivekananda, Yogananda, and others have brought an awareness of these gifted abilities to the West. Mahendra Kumar Trivedi, know as Guruji to his students and colleagues, has widely expanded that awareness with scientifically supported research work. He is also pursuing future studies.

Dr. Rustom Roy, a materials scientist from Pennsylvania State University who was nominated for the Nobel Prize 23 times, is one of the senior, leading scientists who has extensively researched the Trivedi Effect®. His astounding positive results led him to state his supportive belief: “I see him [Mahendra Kumar Trivedi] as the completion of what India has brought to the world in modern scientific terms. Science is the religion of the world. It’s going to be very tough for the establishment to hold onto old ideas. I think with Mr. Trivedi's potential, he may become a pioneer in loosening the grasp of old science.” He further stated: “I have no doubt Mr. Trivedi will change the face of science and human well-being in my lifetime.”

Dr. Griffin was happy to learn of these large numbers of successful scientific trials regarding the Trivedi Effect®. This indicated a powerful, developing breakthrough to take the Trivedi Effect® to the attention of the world as a real, viable phenomenon with world changing implications. Next, Mahendra Trivedi’s goal was to perform further and even more rigorous scientific testing by a huge, international, prestigious medical oriented institute. This time, the testing trials also involved his students, including Dr. Griffin. This project’s series of scientific tests has been successfully completed with positive results noted in peer-reviewed science publications.

“Trivedi Master Wellness” Programs have reported results that are often described as “miraculous” and “life-changing.” Some recipients of the Trivedi Effect® energy transmissions have reported “relief from debilitating illnesses, diseases and disorders, such as fibromyalgia, irritable bowel syndrome (IBS), arthritis, joint pain, muscle pain, chronic pain, erectile dysfunction, sexual dysfunction, sexual impotency, sexual disorders, fatigue and chronic fatigue syndrome, sleep disorders, sleep apnea, insomnia, premenstrual syndrome (PMS), severe migraines, attention deficit disorder (ADD), attention deficit hyperactive disorder (ADHD), low libido, low energy and much more. There have also been several testimonials from different people reporting that The Trivedi Effect® has helped them and their loved ones during cancer treatments, helping them cope with cancer and helping with their recovery period after receiving bouts of radiation and chemotherapy.” Science research at the California Pacific Medical Center Research Institute, reported by Dr. Garrett L. Yount, Ph.D., concluded that the biofield energy treatments administered by Mr. Trivedi have an “inherent intelligence” that treats each recipient and specimen uniquely. One treatment of a mixed sample of both cancerous cells and noncancerous cells showed that the biofield treatment killed the cancerous cells and at the same time promoted the viability of the noncancerous cells. Dr. Yount stated that this result suggested a “holy grail” discovery for novel experimental anti-cancer agents. While this intelligent acting phenomenon is presently unexplained scientifically, it is notable that in the forming of our body parts the various types of cells (for the eyes, nose, mouth, heart, liver, etc., all know their natural, necessary placements). And the ongoing, massive replacement of expired body cells puts new ones into their proper placements. It is as though there is an unseen bio-blueprint to which they intelligently conform. From the Asian energy arts belief perspective, the universal biofield energy contains that dynamic, intelligent bio-blueprint. It can recognise what is correct and what is incorrect in the body it is strongly infused into, and works accordingly.

Reports have also been made about “lives having new meaning and feelings of greater levels of happiness, love, compassion, motivation, indescribable peace, inspiration, intuition, spirituality, enthusiasm, intelligence, intellectuality, self-esteem, affection, pleasure, sexual orgasm and ejaculation, sentiments, empathy, calmness, deeper relationships, eagerness, as well as altered perceptions and a love of life. People say they have found their soul mates, while others have even insisted they have experienced Spiritual Awakenings by entering into levels of higher consciousness, while others say they feel deeply connected to their souls and to Spirit and have discovered their life’s purpose. Although Mr. Trivedi has no religious or spiritual affiliation and recommends everyone follow their own beliefs and inner guidance, people have found that the biofield energy treatments have created more profound experiences during spiritual and religious practices, like yoga and meditation, as well as heightened the potential and capabilities of many healers and health care industry workers, like Reiki healers and practitioners of Tai Chi, Qi Gong, Healing Touch, Energy Healing, Energy Medicine, etc., even though Mr. Trivedi does not endorse any healing modality.” His website features testimonials and research results.

Science increasingly realises the need to explore natural, effective health promotion and life nourishing methods, without harmful human and environmental side effects. The Trivedi Effect® is proven, according to the established scientific method, to be an extremely viable methodology for achieving such a goal. In addition, even though increasing numbers of people are using neutraceutical products known to be health promoting, the bioavailability of these substances is usually quite low. It has been found that transmissions of the Trivedi Effect® can dramatically heighten the bioavailability of neutraceuticals, pharmaceuticals, supplements, and food substances. The health and yield of food crops have also been enhanced in scientific studies. This presents a new vision for a blooming, thriving future on our stressful planet.