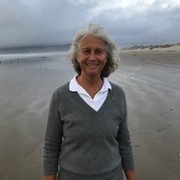 Joy Angevin Balmer received her MA in Education from Maharishi University of Management in 1984. Along with a colleague she created the very successful Fairfield Home School Assistance Program and continued to work with students of all ages and in all areas of instruction for the next 30 years. The combination of consciousness based education and meditation augmented Joy’s deep belief that education should bring the individual to their highest potential in all areas including general happiness, love, compassion, intuition, mental potency, emotional health, finances, spirituality, and self esteem. With home schoolers the fine line between traditional education and a spiritual journey or personal development are often crossed. Her love of life and desire to help her students reach their full potential and life purpose was the driving force behind her highly successful home school program. She included traditional and non traditional educational programs for the transformation of her students. These ranged from Science fairs and business ventures to five day Kayaking trips on the Des Moines river as well as pottery classes and gardening. One unique aspect of the home school program was that Joy worked with the same families from year to year allowing her to observe her students over time and really reflect on their personal development. Students often came into the home school program with traits such as, feeling worthless, low self esteem, feelings of dissatisfaction and restlessness, or loneliness, sadness, worry, boredom and indecisiveness prevalent. By expanding education into all areas of life including spiritual practices, religious practices, yoga, meditation, and spiritualism these students exhibited eagerness for learning, love of life in all areas, deeper relationships, and mental wellbeing. These students often performed better than their schooled peers on national tests. Still, it seemed that mind/body conditioning has its limitations and that true transformation could not be realized through tricks and techniques alone. Joy continued to seek a genuine catalyst of transformation with the inherent gift to optimize the unlimited potential of humanity beyond the worlds current understanding.

In November of 2010, Joy Balmer was first introduced to Mahendra Trivedi at a retreat in Chicago, IL. There she had her first energy transmission. Mr. Trivedi has the unique ability to harness the energy from the universe and transmit it to living organisms and non living materials anywhere on earth. This energy has the ability to perform intelligently, and beneficially to the recipient’s unique needs thereby aiding the recipient to function to their highest potential on all levels including cellular, molecular, and atomic leading to real transformation. This phenomenon has become internationally known as the Trivedi Effect©. For Joy it was like turning on the light. She was drawn to the Trivedi Effect’s ability to transform and to elevate her potential in all areas of life.

Mahendra Trivedi has amassed a collection of over 4000 scientific studies in many life science and material sciences including: microbiology, agriculture, livestock, genetics, cancer, human health, biotechnology and has over 200 publications in leading international peer-reviewed scientific journals all supporting the dramatic results reported in human testimonials. More than 250,000 individuals have experienced the Biofield Energy Healing Treatment called the Trivedi Effect© and have attested to extraordinary benefits from his energy treatments in the areas of health, relationships, emotional health, sexual satisfaction, finances, sleep disorders, sleep apnea, insomnia, chronic fatigue syndrome, attention deficit disorder, depression, and many,many more. Some have reported spiritual awakenings and the appearance of there soulmate coming into their life. Mr. Trivedi has sought to evaluate the authenticity of the Trivedi Effect© through the quantity and variety of rigorous studies thus ruling out the possibility of the placebo effect.

One of the “Trivedi Master Wellness Programs” was the “Trivedi Healers Program”. The people in this program were generally natural healers, like Reiki healers or Reiki Practitioners, and health care industry workers, and reported that their capabilities in areas such as Reiki, Tai Chi, Qi Gong, Holistic medicine, Mindfulness, Energy medicine, healing touch, Integrative medicine, acupuncture, acupressure, and life coaching had been heightened. Joy has been in the “Trivedi Healers Program“ since it started. She has personally talked with other Trivedi healers who report relief from not only physical disorders and health problems, but psychological disorders as well. Many reported increased happiness, inspiration, indescribable peace, affection, pleasure, calmness, empathy, enthusiasm, altered perceptions, intelligence, motivation, eagerness, sexual satisfaction, and a feeling of life purpose. Others talked about feeling less stress, anxiety, fear, and less uncertainty. They had relief from, chronic pain, sexual dysfunction, sexual impotency, erectile dysfunction, mood swings, and other sexual disorders. These natural healers represent only a small portion of the human biofield and yet they come from all over the world and have very diverse backgrounds. When Guruji (Mahendra Trivedi) announced his desire to complete some scientific research Joy was quick to volunteer. There was no doubt that this diverse group would be able to use the Trivedi Effect© for the good of humanity. This group of about 100 Biofield Energy Healers from throughout the world have worked together harnessing the energy of the universe. Their abilities have been scientifically tested, measured, documented, and published in peerreviewed science journals. This research shows promise for people suffering from autoimmune disorders like Addison’s disease, Dermatitis, Endometriosis, Graves’ Disease, Guillain- barre syndrome, Hashimoto’s Thyroiditis, Interstitial cystitis, lupus, Lyme disease, Multiple sclerosis, Psoriasis, Rheumatoid arthritis, Diabetes. Ulcerative colitis, , and Vitiligo, as well as for inflammatory diseases like Allergies, Alzheimer’s Asthma, Eczema, Pancreatitis, Acid Reflux, Heart Disease, and High Blood Pressure. Joy specifically worked with a small group of these healers; Alan Joseph Balmer, Dimitrius Anagnos, Janice Patricia Kinney, Joni Marie Holling, Lauree Ann Duprey-Reed, and Vaibhav Rajan Parulkar. At this time they have two papers on Cell biology have been accepted for publication.

The Trivedi mission statement is to utilize the Trivedi Effect© to usher in a new era that integrates scientific research with consciousness to vastly improve the human condition and benefit humanity on a global scale. Mahendra Trivedi’s biofield treatments have assisted people with a wide range of varying conditions and problems, with varying degrees of severity that, with the support of the science research performed at the California Pacific Medical Center Research Institute, support that these treatments have intelligence and treat each recipient uniquely. In one study Mr Trivedi administered his energy treatment to both cancerous and noncancerous cells. The results showed that the Trivedi Effect© was able to kill the cancerous cells while at the same time promote the viability of the noncancerous cells. “The results suggest that the biofield treatment administered in the laboratory can induce cell death of brain cancer cells from a distance while at the same time promoting viability of normal brain cells. Such selective efficacy against cancer cells is the sought after ‘holy grail’ for novel experimental anti-cancer agents and makes this work all the more exciting.”

Many transformational leaders, major and world renown scientists, and other individuals that are identified as “experts in the areas of consciousness and biofield energy, have tried to explain the Trivedi Effect©. Each with their own interpretation or assessment of the nature or origin of the Trivedi Effect© but it seems that it does not fit into any existing beliefs or paradigms currently available on earth. Scientific verification however, demonstrates that the impact of the Trivedi Effect© are universal and can be applied to living and non-living substances. It has a seemingly limitless capacity with wide ranging applications for the betterment of the world.