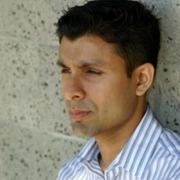 A voracious reader from an early age, Mr. Rasdan began reading books on the possibilities of selfdirected healing, in his mid teens; the information he found fed his interest in drawing out the natural healing ability of the human body, and tapping into that inner power that helps people surmount overwhelming odds.

It is that inner power he depended upon to elevate himself from his social and economic background into a science scholarship at Graceland University. After having completed his Computer Science and Mathematics degree, Mr. Rasdan exhibited his passion for problem solving by re-engineering entire accounting systems, configuring ERP’s to meet customer needs in ways even the vendor had not imagined, and perfected his ability to deliver in the IT - business arena.

It was while immersed in the technical projects that he realised his gift for project delivery, and bringing order to chaos. Still most of the assignments coming his way were of a technical nature. While they were engaging and able to bring out the engineer in him, it was clear to him that this strength was in his ability to take a project from start to successful finish, having done so successfully in every one of his assignments. In November of 2010, his meeting with Mr. Trivedi served as the catalyst to propel him into his current vocation where he is fully engaged in the project delivery effort.

Approached holistically, it becomes clear how it was almost meant to be that Mr. Rasdan came across Master Mahendra Trivedi, and the Trivedi Effect®.

A health crisis in his mid-twenties forced him to seek answers beyond the realm of allopathic medicine, causing him to explore such alternatives therapies such as Qi Gong, Reiki, Tai Chi, Acupuncture, Acupressure and other modalities of Holistic Medicine.

His early years, as well as the challenges faced as an adult provided the motivation for him to pursue Personal Development through such disciplines as Natural Healing, Meditation, Mindfulness, Yoga, and experiment with various religious practices as well as spiritual practices to achieve spiritual awakenings Mr. Rasdan’s search for a genuine answer to his inner dilemmas and to better health lasted 13 years during which time he worked with, took classes from, and had been a client of a variety of Healers, Transformational Leaders, Reiki Practitioners and Reiki Healers, and other modalities. It was during this quest for a truly transformative path, that he met Guruji Mahendra Trivedi in November of 2010. He remembers feeling nothing special during the transmission itself; however, within a month, he encountered a number of coincidences and other miracles that caused him to switch positions and move to a new arena which opened up opportunities that lead him to actualize his gift for Project Delivery.

Mr. Mahendra Trivedi’s unique ability to harness energy from Universal Consciousness and transmit it – in person or remotely – to people, animals and living organisms, and even non-living matter to optimize the purpose and potential of the recipient fulfilled the basic tenet of the holistic approach Mr. Rasdan has been looking for – to apply energy such that the healing and transformation occurs exactly where needed. This energy transmitted by Mr. Mahendra Trivedi has been shown to be intelligent, benefitting the unique needs of the receiving organism or material, and optimising the recipient’s potential at a very fundamental level – the cellular, molecular and sub-atomic realms.

This phenomenon, known as the Trivedi Effect®, has benefited thousands of patients who have reported significant enhancements in their emotional and mental well-being, and improvements in a wide variety of maladies such as neurological disorders, psychological disorders, psychosomatic disorders, sadness, depression, fear, bipolar disorder, emotional trauma, post traumatic stress disorder (PTSD), obsessive compulsive disorder (OCD), stress, anxiety, separation anxiety, social anxiety disorder, other anxiety disorders, panic attacks and panic disorders, anorexia nervosa, anorexia bulimia, low self esteem, loneliness, uncertainty, worry, mood swings, indecisiveness, feelings of restlessness, dissatisfaction, boredom, hopelessness and worthlessness. The beneficial effects have also been observed in children with Autism Spectrum Disorders. Parents of such children who received the energy transmissions from Mr. Trivedi have observed visible and dramatic shifts in their children’s mood, social interaction, awareness, environmental integration, behaviour, and mental and emotional well-being. While Mr. Trivedi himself has no religious or denominational affiliation nor an inclination toward any particular healing practice - he recommends that the clients follow their own beliefs and inner guidance – there have been reports that the transmissions have deepened the recipients’ understanding of and faith in their respective religion – Christianity, Catholicism, Protestantism, Judaism, Hinduism, Buddhism, etc. Their experiences during spiritual practices such as yoga, meditation, and mindfulness have become more profound, leading them to spiritual awakenings, and greater progress in their Journey. Additionally, many of those who follow Mr. Trivedi report a clearer understanding of and connection with their destiny in life – their life purpose – and a stronger connection to nature, Spirit and their souls. Those who are already established as healers in integrative medicine, alternative therapies and complementary medicine modalities such as Energy Healing, Healing Touch, Tai Chi, Reiki, Qi Gong have found that their capabilities have sharpened and enhanced.

There have also been consistent reports of greater calmness, enhanced happiness, deeper compassion and love, greater affection, indescribable peace, more empathy, and improvements in spirituality, motivation, intuition, self-esteem, intelligence, pleasure, sexual orgasm and ejaculation, relationships, inspiration, enthusiasm for life, and a greater perception of well-being among those who have experienced the Trivedi Effect®.

Over 250,000 individuals have attested to beneficial results in physical health, sexual satisfaction, relationships, emotional health, mental potency, business ventures, finances and much more, Mr. Trivedi has been keen to evaluation and document the authenticity of the Trivedi Effect® through rigorous scientific experimentation and application.

More than 4,000 scientific studies have been performed on the impact of Trivedi Effect® in agriculture, livestock, biotechnology, microbiology, genetics, human health, cancer and in materials science. Furthermore, nearly 200 papers have been published in leading international peer-reviewed scientific journals documenting measured results of this phenomenon.

Not only has Mr. Trivedi had a dramatic impact on the lives of his clients, he has also nurtured and developed several gifted healers who are now Masters, thus bringing their own healing abilities to the forefront. Masters Gopal Nayak, Alice Branton and Dahryn Trivedi are all disciples of Mr. Trivedi who are currently healers in their own right.

Additionally, there is evidence that this Trivedi Effect® energy is intelligent in that it distinguishes each recipient and creates the intended individual outcome uniquely; a study conducted to assess the Trivedi Effect® biofield energy treatments on a mixed sample of cancerous and noncancerous cells at the California Pacific Medical Center Research Institute provides the basis for this theory. According to Garret L. Young, Ph.D., “The results suggest that the biofield treatment administered in the laboratory can induce cell death of brain cancer cells from a distance while at the same time promoting viability of normal brain cells. Such selective efficacy against cancer cells is the sought after ‘holy grail’ for novel experimental anti-cancer agents and makes this work all the more exciting.”

In the words of Dr. Rustum Roy, a materials scientist from Penn State University who was nominated for the Nobel Prize 23 times, “I see him [Mr. Trivedi] as the completion of what India has brought to the world in modern scientific terms. … Science is the religion of the world. It’s going to be very tough for the establishment to hold onto old ideas. I think with Mr. Trivedi's potential, he may become a pioneer in loosening the grasp of old science... I have no doubt Mr. Trivedi will change the face of science and human well-being in my lifetime.” His prediction is that Mr. Trivedi’s science research is the harbinger of a new scientific paradigm of understanding.