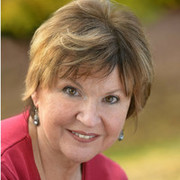 Kathryn Regina Sweas completed her Bachelor's in Nursing Science in 1977 at the University of Illinois at Chicago and in 2004 completed coursework for Master of Science in Holistic Nursing at Westbrook University, Weirton, West Virginia. She studied and valued Dr. Martha Roger's Nursing Theory of the Unitary Person, which acknowledges humans as integrated into the fabric of universal nature and at one with it.  Her nursing career has spanned nearly four decades and included settings in hospitals, holistic medical clinics, mental health facilities, addiction treatment, dementia care, home care, and private practice consulting,  psycho-spiritual counselling, wellness promotion. She currently serves as an RN and educator in various settings.

Childhood experiences of heightened intuition and natural clairvoyance, along with a deep spiritual connection drew her into the exploration of deeper understandings of human potential.  She was fortunate to have met and studied with significant mentors, transformational leaders and pioneers in the areas of communication, awareness, energy and vibrational healing, nutrition, herbal remedies, body-mind integrative therapies, psycho-energetic, human energy systems, altered states, natural law, Sufi mystical science through the path of the deep heart, and the physics of relationship.

In 1995 Kathryn was called to more fully explore and contribute from a synthesis of her life experiences and understandings at the time, moved to Sedona, AZ,  and opened the School of Conscious Healing that welcomed and served courageous students from all over the country for more than a decade.  The school sought to develop expanded awareness and energy healing skills, facilitate deep heart healing, activate embodiment dynamics, promote healing capacities through cultivation of relationship with Higher Self, Vital Life Force or God.  Kathryn continued to seek a genuine catalyst for her own deeper spiritual awakening and to fulfil her deep desire to contribute to the merging of science and spirit.

In the summer of 2010, Ms. Sweas first encountered Guruji Mahendra Trivedi and the Trivedi Effect® via a live webcast in which she heard him speak of our natural capacity to transform our lives by deepening connection with the Divine.  Mr. Trivedi also shared his highly successful scientific research performing Energy Transmissions, beneficially impacting agriculture, human health, and materials science.

Kathryn was captivated with Mahendra Kumar Trivedi's journey with being gifted, his ability to harness the universal life force and engage it in rigorous scientific research with such miraculous outcomes.  Although he does not subscribe to any particular religion, spiritual practices or healing modalities, Mahendra Trivedi emphasises the importance of deepening connection with the “God of our understanding” to bring highly successful and fortunate outcomes for our lives.  The Trivedi Effect® that Kathryn experienced in this first contact, left her deeply inspired, moved and accessing a deeper sense of peacefulness than ever before.

Mahendra Kumar Trivedi has the uniquely gifted ability to naturally harness energy from the universe and transmit it to living organisms as well as non-living material anywhere in the world across any distance.  This biofield energy acts intelligently, uniquely and beneficially according to the recipient's specific needs, optimising potential at the cellular, molecular and atomic level, creating lasting changes of the quality, behaviour and characteristics of that recipient.  This unique phenomenon has become world recognised and known as the Trivedi Effect®.

Mr. Trivedi has over 250,000 testimonials from people around the world who report highly beneficial and lasting impact on almost every level of the human condition, including physical health, emotional well-being, increased mental capacity,  enhanced sexual pleasure, success in business, increase in finances, deep inner calm and peacefulness, and much more.  Even so, to rule out the potential for “placebo effect”, Mahendra Trivedi decided to validate the Trivedi Effect® through the rigor of scientific method and has performed over 4000 scientific studies in life sciences and material sciences including: agriculture, livestock, biotechnology, microbiology, genetics, cancer, immunology, human health, and has nearly 200 publications in peer-reviewed scientific journals, all which support the significant results of the human testimonials, such that the “placebo effect” was clearly excluded as a possibility with such dramatic outcomes reported.  These publications, which have accrued many citations over time, can be found in the libraries of the National Institute of Health, close to 900 U.S. universities and hundreds of top international universities,  including Yale, Cornell, MIT, Princeton, Harvard, Cambridge, Columbia, Oxford, Brown, Dartmouth, and Penn State.

Dr. Rustum Roy, a renowned materials scientist from Penn State who was nominated 23 times for the Nobel Prize, has collaborated with Guruji Mahendra Trivedi in extensive research and suggested that Mr. Trivedi, through his research, would ignite the beginning of a whole new science here on earth.  Dr. Roy stated “ I see him as the completion of what India has brought to the world in modern, scientific terms....Science is the religion of the world.  It's going to be very tough for the establishment to hold onto old ideas.  I think with Mr. Trivedi's potential, he may become a pioneer in loosening the grasp of old science” and “I have no doubt Mr. Trivedi will change the face of science and human well-being in my lifetime.”

The energy harnessed via the Trivedi Effect has consistently demonstrated an innate intelligence that is able to distinguish and provide each recipient of the energy, whether living or non-living life forms, with unique impact for beneficial outcome.  This was strongly validated at the California Pacific Medical Center Research institute when study was done assessing the impact of Trivedi Effect biofield treatment on a mixed sample of cancerous and non-cancerous cells:

“The results suggest that the biofield treatment administered in the laboratory can induce cell death of brain cancer cells from a distance while at the same time promoting viability of normal brain cells.  Such selective efficacy against cancer cells is the sought after “holy grail” for novel experimental anti-cancer agents and makes this work all the more exciting.” - Garrett L. Yount, Ph. D.

Ms. Sweas recognised her profound resonance with Guruji Mahendra Trivedi from the time of the first meeting and also has been very fortunate to recognise the elevation of her own consciousness and human experience over this time of dedicated association with Mr. Trivedi.  Over the years, she has immersed herself in study and biofield transmissions from Guruji Trivedi and his team of Trivedi healing masters, Dahryn Trivedi, Alice Branton and Gopal Nayak.  In 2015, she was selected to enter into scientific research of the Trivedi Effect, along with over 100 other selected individuals from the Trivedi community.

Kathryn Regina Sweas is a scientifically validated natural Biofield Life Force Energy Conduit demonstrating the ability to harness and transmit this innately intelligent Divine Life Force anywhere on the planet through the phenomenon known as the Trivedi Effect®.

In January 2016 Kathryn participated in ground-breaking scientific research along with 19 other Trivedi Healers from the US, Canada and Australia.  From her residence in Portland, OR, USA, Kathryn, along with her colleagues from their locations, was able to transmit biofield energy to various herbal mineral products that were located in a third-party undisclosed laboratory thousands of miles away in India.  The results astounded the medical community with outcomes never seen before.  This scientific research study, using state-of-the-art technologies, validating Ms. Sweas's abilities has been published in international, peer-reviewed scientific journals.

Through exposure to the Trivedi Effect, many people have expressed a sense of Spiritual Awakening, more connection with Nature and their own souls, as well as empowerment in their own practices of Meditation, Tai Chi, Martial Arts, Yoga. Many healers and complementary and alternative practitioners, in areas such as Holistic Medicine, Functional Medicine, Energy Medicine, Reiki, Healing Touch and Qi Gong have reported heightened capacities and professional outcomes.

Currently, Mahendra Trivedi, the Trivedi researchers and healers offer no attempts to explain the nature or origin of Trivedi Effect® energy, however, through scientific verification, it is clear that the effects are universal, non-local, non-temporal and can be transmitted to living and non-living things with powerful and intelligent impact offering far-reaching application for the benefit of all life on this planet. Kathryn considers herself highly fortunate to participate in this ground-breaking science.