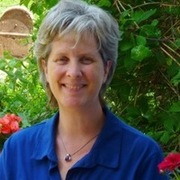 From a young age, Ms. Callas was drawn to spirituality, holistic medicine, higher consciousness studies, top transformational leaders, yoga, and the arts. As a young woman, she danced professionally in New York and then settled for a time in Albuquerque, NM, where she studied Ayurvedic Medicine with Dr. Vasant Lad, which featured mindfulness practices, Herbal Medicine, Energy Medicine, and Nutrition. While all of the trainings, healing modalities, personal development coaches, and relationship experts she studied with enhanced her life, she began noticing in her private practice that every client she saw was craving the same thing she was: deeper transformation at the level of spirit and soul, and deeper connection to The Divine. Everyone she met seemed to reflect back her own deep desire for spiritual healing and spiritual growth. She left private practice and turned inward. She began writing, reading the books of Sri Sathya Sai Baba, and went deeper into Meditation. Still, she felt unfulfilled and as if she was waiting for something she could not name.

In early 2011, Ms. Callas experienced a biofield energy transmission from Guruji Mahendra Kumar Trivedi for the first time. She recognized immediately that this was something extraordinary and miraculous. Afterwards, a lifetime of debilitating asthma began to clear up. Menopausal joint pain also began to clear up. She began to sleep deeply and feel satisfied upon waking, and experienced a new and deeper connection with the God of her understanding. This incredible healing phenomenon is known as The Trivedi Effect®.

Mr. Mahendra Trivedi, the founder of Trivedi Global, Inc., has the unique capacity to harness universal energy and transmit it anywhere in the world to both living and non-living materials to optimize the recipients’ highest potential. People who have participated in Trivedi Master Wellness Programs have experienced first hand the power of The Trivedi Effect®. Many claim relief from nagging everyday symptoms of modern life such as worry, sadness, loneliness, uncertainty, mood swings, feeling hopeless, indecisiveness, restlessness, feeling worthless, dissatisfaction, frustration, and boredom. Others have found new and higher perspective and altered perception, and a raising of their consciousness. Some relay that they have found their soul mate as a result of receiving this Energy, and others say they have found their life purpose. Many claim a deeper sense of love, compassion, peace, calmness, pleasure, inspiration, motivation, eagerness, enthusiasm, empathy, affection, intelligence, self-esteem, deeper relationship, and love of life.

The Trivedi Effect®, and its ability to bring deep transformation and healing, was exactly what Ms. Callas had been waiting for. After her first biofield treatment, she immediately began to attend weekend retreats and participate in Trivedi Master Wellness Programs. Something that was of immediate concern to her was that her vitality and life force seemed to be slipping. With time and the blessing of consistent biofield treatments, she recovered, and Guruji commented she was, “a new person on this planet.” Throughout her journey in the Trivedi Master Wellness Programs, she has noticed that some things clear up and heal immediately, while others take more time to unwind and dissolve. Regardless of the pace of healing, there has continued to be an upward and forward momentum that Ms. Callas finds deeply sustaining and nourishing. In fact, she has noticed that there is a divinely intelligent order at work which brings about change on the mental, emotional, physical, and spiritual levels - each in their own timing and in their own way. The effects of receiving biofield energy are also cumulative, so she regularly notes new levels of gratitude, health, happiness, purpose, and a deep sense of well-being and peace regardless of the dramas of life.

How extraordinary that one man - and now several Trivedi Masters - can harness and transmit a kind of intelligent energy that initiates such profound healing effects on people’s lives, health, well-being, financial health and business ventures, mental potency, emotional health and relationships, and sexual satisfaction! Further, this energy transforms both living matter and non-living materials at the cellular, molecular, and atomic levels for the highest potential possible.

Mr. Trivedi’s ability to alter matter at the atomic level is nothing less than miraculous, and represents a new science of consciousness on this planet. Further, he has availed his incredible gift to rigorous scientific testing in over 4,000 experiments in the areas of materials science, agriculture, livestock management, biotechnology, pharmaceuticals, microbiology, and genetics. The results of these studies have effectively eliminated the placebo effect by demonstrating without question that biofield energy treatments are powerfully transformative in each unique situation in which it is brought to bear. Mr. Trivedi has, as of this writing, accumulated nearly 200 publications in international peer-reviewed scientific journals which have been adopted by not only the National Institutes of Health, but also hundreds of top universities around the world, including Harvard, Oxford, MIT, Princeton, Yale, Brown, Columbia, Penn State, Dartmouth, Cambridge, and Cornell. Scientists world-wide are amazed at the results of Mahendra Trivedi’s ground breaking experiments. So impressed was Dr. Rustum Roy, a 23-time nobel-laureate candidate and leading materials scientist from Penn State, that he made this comment about Mahendra Trivedi: “I see him as the completion of what India has brought to the world in modern scientific terms… Science is the religion of the world. It’s going to be very tough for the establishment to hold onto old ideas. I think with Mr. Trivedi's potential, he may become a pioneer in loosening the grasp of old science,” and, “I have no doubt Mr. Trivedi will change the face of science and human well-being in my lifetime.”

In the area of cancer research, a study was conducted at California Pacific Medical Center Research Institute wherein Mr. Trivedi treated both cancerous and non-cancerous cells with biofield energy treatments. The results were spectacular: “The results suggest that the biofield treatment administered in the laboratory can induce cell death of brain cancer cells from a distance while at the same time promoting viability of normal brain cells. Such selective efficacy against cancer cells is the sought after ‘holy grail’ for novel experimental anti-cancer agents and makes this work all the more exciting.” — Dr. Garrett L. Yount, Ph.D.

While Mr. Trivedi has no religious affiliation, many people claim that their faith and spiritual journey has deepened, regardless of whether they are Christian - Catholic or Protestant (Baptist, Lutheran, Unitarian, etc), Jewish, Muslim, Hindu, Buddhist, or any other religion. Some have claimed a new spiritual awakening as a result of receiving this energy.

Ms. Callas has been receiving Guruji Mahendra Trivedi’s biofield energy treatments for the last five years. In addition to that, Ms. Callas has been receiving Master Alice Branton’s energy treatments on a daily basis for the last three years. The Trivedi Effect continues to be the most ground-breaking and truly transformational healing process she has ever encountered.