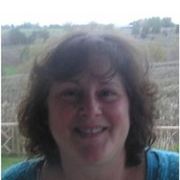 Laura Nelson Streicher completed her B. A. in Mathematics and B.A. in Economics, cum laude, in 1983, at Randolph-Macon Woman’s College. She applied her education and skills in management, personnel, organisation, development, and leadership, working, successfully, as a systems analyst, advanced software designer, and manager. In her youth, she perceived higher consciousness and its influence on all life and potential for growth. She volunteered to teach and work with special needs and underprivileged children and adults, as well as woman’s leadership and empowerment programs. Born a natural healing facilitator, Ms. Streicher began practising meditation, and holistic healing modalities including Reiki and Shiatsu (Acupressure) to strengthen and develop her consciousness and healing abilities. She completed her M. A. in the Science of Creative Intelligence, in 1997, at Maharishi University of Management.

Ms. Streicher also attended seminars with powerful transformational and energy healers, ever seeking an individual, who embodies and catalyses the power of consciousness and human potential for enhanced existence, with scientifically proven results. She met Guruji Mahendra Trivedi, in February 2010. Ms. Streicher was deeply moved and inspired by Mr. Trivedi and the uplifting, potent, and pervasive healing effects of Trivedi Biofield Energy Healing Treatments/Energy Transmissions on her family and her father, who had, recently, begun recovery from a stroke.

Mahendra Kumar Trivedi uniquely harnesses and transmits universal energy, which behaves intelligently, actualizing authentic healing, specific and beneficial to the recipient’s individual requirements, anywhere on the planet, at exactly the right time. Trivedi Energy Transmissions optimise the potential of the subject, catalysing significant alterations in cellular, molecular, and atomic structure, leading to lasting changes in their characteristics and behaviours. This powerful phenomenon is known as The Trivedi Effect®.

The positive effects of the Trivedi Energy Transmissions on Ms. Streicher and her family, as well as the verified scientific results, convinced her that Mr. Trivedi uniquely and effectively embodies and catalyses the power of human potential. Aware of the profundity of the Trivedi Effect®, she enrolled in the emerging Trivedi Mastery Programs. Selected as a member of Group 1, for experiments devised by Mr. Trivedi to test several groups’ abilities in demonstrating significant results, she and her fellow Group 1 members coherently focused the universal energy, producing results which promise practical application in human health. Research

Mr. Trivedi has extensive, 250,000, testimonials, reporting dramatically improved human conditions, including improved sleep, deeper relationships, increased libido, financial and professional success, new meaning in life, enhanced perception, positive attitudes, and wellness. Some have experienced increased self-healing abilities and immune system function, including those suffering from cancer and experiencing chemotherapy and radiation. Despite the ever-increasing attestations to the positive benefits of Trivedi Energy Transmissions, Mr. Trivedi, aware of the possibility of psychological influence causing the placebo effect, chose to validate the effectiveness of the transmissions through rigorous scientific experiments, with independent testing.

Effectively integrating scientific research and consciousness, the Trivedi Effect® has been verified by over 4000 science experiments, in the areas of agriculture, livestock, genetics, cancer, microbiology, biotechnology, and materials science, thus eliminating concerns regarding the placebo effect. Mr. Trivedi has over 200 internationally peer-reviewed publications supporting the reported enhanced human experiences. These publications have been adopted by the National Institute of Health and over 900 universities, within the U. S., and, hundreds of top universities, internationally, including: Harvard, Yale, MIT, Brown, Princeton, Columbia, Dartmouth, Penn State, Cornell, Cambridge, and Oxford.

Exceptional results of the science experiments, have attracted the attention, collaboration, and respect of renowned scientists such as Dr. Ransom Roy, a materials scientist at Penn State, who was nominated for the Nobel Prize 23 times. He predicted that Mr. Trivedi’s research would initiate the beginning of a new scientific paradigm. Of Mr. Trivedi’s abilities, he stated:

“I see him as the completion of what India has brought to the world in modern scientific terms. …Science is the religion of the world. It is going to be very tough for the scientific world to hold onto old ideas. I think with Mr. Trivedi’s potential, he may become a pioneer in loosening the grasp of old science... I have no doubt Mr. Trivedi will change the face of science and human wellbeing in my lifetime.”

Without religious affiliation, Mr. Trivedi’s supports individual belief systems and does not endorse any healing modalities. Instead, he recommends that each person follows their inner guidance. Individuals have expressed experiences of deeper connection to their soul, Nature, and Spirit, as well as to their faith and religious practices, including Christianity, Hinduism, Judaism, Buddhism, Scientology and others. Some have reported Spiritual Awakenings, deepening of spiritual practices such as mindfulness, yoga, meditation, as well as happiness, health, soulmates, wealth, and fulfilment through the Divine Grace of these energy treatments.

Since discovery of his Mastery in 1995, Mr. Trivedi has cultivated three Trivedi Masters: Gopal Nayak, Dahryn Trivedi, and Alice Branton, who continue to enhance their potential with the direction of Mr. Trivedi. He has also created Mastery Programs to develop the potential for Trivedi Mastery in individuals and devised several research experiments to test the ability of groups of individuals in his programs.

The results of Group 1, and six other Trivedi Science Experiment groups, have been tested, measured, approved, and published in international peer-reviewed science journals. The results show promise for successful treatment of inflammatory diseases including Acid Reflux, Allergies, Alzheimer’s, Asthma, Eczema, Cardiovascular disease, high blood pressure and Pancreatitis, as well as auto immune disorders such as Addison’s disease, Alopecia, Autoimmune hepatitis, Celiac disease, Crohn’s disease, Dermatitis, Endometriosis, Graves’ disease, Guillain-Barre syndrome, Hashimoto’s Thyroiditis, Interstitial Cystitis (IC), Lupus, Lyme disease, Multiple Sclerosis (MS), Psoriasis, Rheumatoid Arthritis (RA), Ulcerative Colitis (UC) and Vitiligo, among others. Research at California’s Pacific Medical Center Research Institute has concluded that Mr. Trivedi’s energy treatments encompass an inherently intelligent energy which calibrates uniquely to each individual and substance. This conclusion was based on successful results addressing a wide range of problems, with varying degrees of severity. In one of the experiments, conducted at the California Pacific Medical Center Research Institute, Mr. Trivedi applied one of his Trivedi Energy Transmissions to a mixed sample of cancerous and non-cancerous cells. The results confirmed that the viability of the noncancerous cells was maintained, while the cancerous cells were killed.

“The results suggest that the biofield treatment administered in the laboratory can induce cell death of brain cancer cells at a distance while at the same time promoting viability of normal brain cells. Such selective efficacy against cancer cells is the sought after “holy grail” for novel experimental anti-cancer agents and makes the work all that more exciting.” – Dr. Garret L. Yount, PhD.

Mr. Trivedi’s mission statement is to employ the Trivedi Effect® to guide forth a new era, which integrates scientific research with consciousness, to vastly improve humanity on a global scale. He and Alice Branton are pursuing further investigation, in collaboration with a multi-billion dollar international research organization, of the Trivedi Effect® on pharmaceutical and nutraceutical products, including prebiotics, probiotics, and antioxidants which have great potential for anti-ageing benefits, treatment of obesity, immune disorders, inflammatory disorders, cancer and improving overall health.