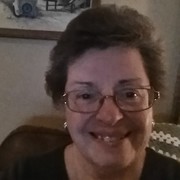 Lisa Knoll received her BA in Education from Glassboro State College (later renamed Rowan University), in 1976, with a Teaching Certificate in Special Education. She spent several years holding teaching positions in the New Jersey school systems, moved on from there to work in the banking industry, and finally obtained a civil service position with the Department of the Navy, advancing to Management Analyst in administration.

Through the years, Ms. Knoll felt that there was something missing, something more that she was meant to be doing, something that was left unfulfilled. Soon she began to discover her inner natural healer, and started her search for spiritual teachers and masters to assist in developing these natural healing abilities.

In early 2002, Ms. Knoll experience a Reiki session and that stirred the healer within. She went on to take classes, and in a few years, was certified as a Level III Reiki Master. As a Reiki practitioner, Ms. Knoll went on to increase her knowledge of the body’s meridians and chakras that are used and studied with healing techniques such as Tai Chi, Qi Gong, acupressure, acupuncture as well as other energy medicine and energy healing modalities that tap into the universal consciousness or universal life force for transformation and healing. This was the beginning of Ms. Knoll’s spiritual journey and participation in biofield energy healing.

In 2010, a friend shared a link for an informational webcast featuring Mahendra Kumar Trivedi and his unique biofield energy healing treatments. Ms. Knoll took advantage of this opportunity, was very curious about what she heard and began to learn about Mahendra Trivedi, biofield energy healing, and the science behind the transmissions.

She learned that it was in 1995 that Mr. Trivedi discovered that he had the unique ability to harness the energy from the universe and transmit it to anywhere on the earth, infusing it into living organisms and non-living materials to optimise their potential. As Mr. Trivedi began healing people and optimising their potential, this extraordinary phenomenon became internationally known as The Trivedi Effect®.

Mr. Trivedi has participated in over 4000 scientific studies in many life sciences and material sciences, including agriculture, livestock, biotechnology, microbiology, material science, genetics, cancer and human health, and has nearly 200 publications in leading international peer-reviewed scientific journals. These publications have been adopted by the National Institute of Health, around 900 United States Universities and hundreds of top universities internationally. These universities include Princeton, MIT, Yale, Columbia, Brown, Harvard, Penn State, Dartmouth, Cambridge, Oxford and Cornell. Mahendra Kumar Trivedi’s biofield treatments have assisted people with a wide range of varying conditions and problems with varying degrees of severity, that with the support of science research performed at the California Pacific Medical Center Research Institute, it has been concluded that the biofield energy treatments administered by Mr. Trivedi have an inherent intelligence that treats each recipient and specimen uniquely. In one particular study at the California Pacific Medical Center Research Institute, Mr. Trivedi administered his biofield energy treatment to a mixed sample of both cancerous cells and noncancerous cells. The results showed that the biofield treatment was able to kill the cancerous cells while at the same time promote the viability of the noncancerous cells. “The results suggest that the biofield treatment administered in the laboratory can induce cell death of brain cancer cells from a distance while at the same time promotion viability of normal brain cells. Such selective efficacy against cancer cells is the sought after “holy grail” for novel experimental anti-cancer agents and makes this work all the more exciting.” Dr. Garrett L. Yount, PHD

Astounding results such as those noted above have led to collaborations with leading scientists such as Dr. Rustom Roy, a materials scientist from Penn State University who was nominated for the Nobel Prize 23 times. Through his corroboration with Guruji Mahendra Trivedi, Dr. Roy predicted that Mr. Trivedi’s science research would trigger the upstart of a new scientific paradigm of understanding. He had this to say about Mr. Trivedi and his abilities, “I see him as the completion of what India has brought to the world in modern scientific terms…Science is the religion of the world. It’s going to be very tough for establishment to hold on to old ideas. I think with Mr. Trivedi’s potential, he may become a pioneer in loosening the grasp of old science. I have no doubt Mr. Trivedi will change the face of science and human well-being in my lifetime.”

After the initial introduction, Ms. Knoll continued to nurture her inner healer by becoming a participant in the Trivedi Master Wellness Program, special webcasts, workshops and retreats, and was able to experience first-hand the energy that powers The Trivedi Effect®. During these programs, those experiencing this energy provided reports of what they described as ”life-changing” and “miraculous”, with people claiming that the Energy Transmissions brought about relief from debilitating illnesses, diseases and disorders such as sleep disorders, insomnia, sleep apnea, fatigue, chronic fatigue syndrome, irritable bowel syndrome (IBS), attention deficit disorder (ADD), attention deficit hyperactive disorder (ADHD), fibromyalgia, arthritis, chronic pain, muscle pain, joint pain, low libido, sexual impotency, erectile dysfunction, sexual dysfunction, premenstrual syndrome (PMS), severe migraines, low energy and more. Others insist having improved immune systems and greater self-healing abilities, including those suffering from cancer and those who have received chemotherapy and radiation treatments.

When the opportunity presented itself, Ms. Knoll applied and was accepted as one of the 100 plus Biofield Energy Healers throughout the world that Mr. Trivedi and Ms. Branton have developed and whose abilities have been scientifically tested, measured, documented and published in international, peer-reviewed science journals.

As a Trivedi Healer, Ms. Knoll looks forward to being part of the Trivedi Effect® family, to support her fellow healers and the Trivedi Masters while Ms. Alice Branton and Mr. Mahendra Trivedi continue the investigation of the energy that powers the Trivedi Effect® via their collaboration with an international, multi-billion-dollar research organization to study the impacts of this energy on revolutionary pharmaceutical and nutraceutical products with great promise for the treatment of immune disorders, inflammatory diseases, cancer and obesity; as well as for anti-aging, antioxidants, probiotics, prebiotics and overall health for the betterment of the world.

Ms. Knoll is extremely grateful to Mahendra Trivedi and the entire Trivedi Team for having the opportunity to experience and learn this amazing and ground breaking phenomenon. Now and in the future, Ms. Knoll plans to support the Trivedi mission to utilise the Trivedi Effect® to usher in a new era that integrates scientific research with consciousness to vastly improve the human condition and benefit humanity on a global scale.