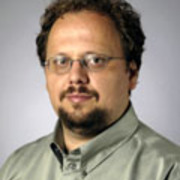 Geoscientist at the Woods Hole Oceanographic Institution. Educated in Geology in Romania (Diploma, Bucharest University) and Oceanography in the US (MSc and PhD, State University of New York at Stony Brook).

Leader and participant in expeditions on the Atlantic, Pacific and Indian oceans and expeditions in the Americas, Asia and Europe.

His contributions reported in National Geographic, Discovery, New York Times and other mass media venues include: discovery of a new type of delta, the first accurate determination of the age of the Danube Delta, demonstrating the catastrophic effects of deforestation on the evolution of the Danube delta and the Black Sea and analyses of the climatic causes of the development and decline of the ancient civilizations of India.

Giosan was a Honorary Research Fellow at the University of Aberdeen, a CICOR Postdoctoral Scholar at WHOI and a NAFSA Baltic and East European Program awardee at SUNY Stony Brook. He is an Editorial Board member for the journal Anthropocene.

He initiated and co-founded the Ad Astra Association of Romanian researchers in 2000 and published analyses and OpEd texts in leading Romanian media such as "Romania Curata", "Romania Libera" and "Dilema."