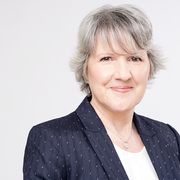 Lorraine Marie Hachfeld achieved her Advanced Computer Programming & Systems Analysis diploma in Sept 1978 at Herzing Institutes. She worked for internationally recognized corporations as an in-house Computer Programmer & Systems Analyst, including deciphering an obsolete computer language and teaching it. Lorraine began questioning her perceptions at an early age, the influence of her beliefs, and how connection to Divine Source could provide a different awareness of reality. She discovered that she was a gifted energy healer with an innate ability to connect with others remotely from great distances and continued to focus her independent research on healing energies and raising her consciousness.

Over many years, Lorraine travelled extensively around North & South America studying personal development, energy medicines including energy healing, spiritual healing, shamanic healing, psychic healing, and working with the energetic body. She amassed a considerable list of certifications, many to the advanced levels, with a wide array of energetic modalities to the point of saturation. In 2010, Lorraine stopped travelling and changed her focus inwards towards a way of healing remotely that facilitated a deeper transformation of mind, body, and spirit without the need of ritual, dogma, story or sideshow, and could be expressed from the source of everything.

In March 2010, her journey led her to Guruji, Mr. Mahendra Kumar Trivedi, and his unique ability to harness and transmit the innate intelligence of the universe to living organisms and non-living materials anywhere in the world for the benefit of the recipient’s unique requirements. She received her first biofield energy healing treatment remotely from Guruji during an introductory live call without ritual, dogma, story, or sideshow.

Reading through many of Mr. Trivedi’s over 4,000 documented scientific experiments demonstrating the intelligence of the Trivedi Effect®, founded by Mr. Trivedi, confirmed that this was indeed the missing piece to her puzzle. The research showed that the energy optimized the potential at the cellular, molecular and atomic levels, which lead to lasting changes. Studies were conducted in many life sciences and material sciences including: human health, genetics, cancer, agriculture, livestock, biotechnology, and microbiology. The findings have been published in nearly 200 leading, international peer-reviewed scientific journals supporting the exclusion of the placebo effect, and the publications have been adopted by the National Institutes of Health, around 900 U.S. universities, and hundreds of top universities around the world such as Princeton, MIT, Yale, Columbia, Brown Harvard, Penn State, Dartmouth, Cambridge, Oxford and Cornell, to name a few.

Collaborations with leading scientists such as Dr. Rustom Roy, a materials scientist from Penn State University and Nobel Prize nominee 23 times, who after conducting extensive research and experimentation on Mr. Trivedi’s biofield treatments stated, “I see him as the completion of what India has brought to the world in modern scientific terms. … Science is the religion of the world. It’s going to be very tough for the establishment to hold onto old ideas. I think, with Mr. Trivedi’s potential, he may become a pioneer in loosening the grasp of old science.” ... “I have no doubt Mr. Trivedi will change the face of science and human well-being in my lifetime.”

Mr. Trivedi’s research is invaluable in attempting to understand the power of consciousness, energy medicine, and the human biofield.”

Although Lorraine had no known ailments, she noticed that her complexion was clearing, less mind chatter, and the occasional thoughts of ‘what if’ that would tempt her into worry about the future had stopped. She joined the Master Wellness Program in 2010 and then the Healers Mastery Program upon inception in 2011 to deepen her connection to Source and expand her natural healing abilities. She also received treatments from the Trivedi Healing Masters (Gopal Nayak, Dahryn Trivedi, and Alice Branton).

In one particular study at the California Pacific Medical Center Research Institute, Mr. Trivedi administered the Trivedi Effect® to a mixed sample of both cancerous cells and non-cancerous cells that demonstrated the inherent intelligence that treats every transmission uniquely.

“The results suggest that the biofield treatment administered in the laboratory can induce cell death of brain cancer cells from a distance while at the same time promoting viability of normal brain cells. Such selective efficacy against cancer cells is the sought after ‘holy grail’ for novel experimental anti-cancer agents and makes this work all the more exciting,” stated Dr. Garrett L. Yount, Ph.D.

Mr. Trivedi has no religious affiliation nor does he endorse any healing modality, and recommends everyone follow their own beliefs and inner guidance. Still, people have found that the energy treatments have deepened their spirituality and religious faiths (Christianity, Catholicism, Protestant, Baptist, Judaism, Hinduism, Buddhism). People have also found that the energy treatments have allowed them to realize more profound experiences during spiritual practices such as yoga, meditation and mindfulness. Some people say they have found their soul mates, and others insist they have experienced Spiritual Awakenings by entering higher levels of consciousness. Many people claim that they have discovered their life’s purpose, greater progress in their spiritual journey, and feel more deeply connected to nature, Spirit and their souls. Healers and health care industry workers such as practitioners in the fields of Integrative Medicine, Holistic Medicine, Functional Medicine, Energy Medicines such as Energy Healing, Healing Touch, Reiki, Tai Chi, Qi Gong, and other alternative and complimentary medicine modalities have found that their healing capabilities have been heightened.

On September 3rd, 2015, Lorraine Hachfeld’s ability to harness and transmit the inherent intelligent universal energy, known as the Trivedi Effect®, was scientifically tested, measured, and documented. She transmitted the energy from Canada to objects in India for five (5) minutes. The exact location of the objects was not known at the time, and the inherent intelligence of the energy knew where to go and what to do. The research demonstrated that Lorraine has the ability to harness and transmit the phenomena called Trivedi Effect®. This research has been published in international, peer-reviewed science journals. The results are promising for people suffering from autoimmune disorders like Addison’s disease, Alopecia, Autoimmune hepatitis, Celia disease (gluten sensitivity), Crohn’s disease, Dermatitis, Endometriosis, Graves’ disease, Guillain-Barre syndrome, Hashimoto’s thyroiditis, Interstitial cystitis (IC), Lupus, Lyme disease, Multiple sclerosis (MS), Psoriasis, Rheumatoid arthritis (RA), Type 1 diabetes, Ulcerative colitis (UC), and Vitiligo, as well as for inflammatory diseases like Allergies, Alzheimer’s, Asthma, Eczema, Pancreatitis, Acid Reflux, Heart Disease, and high blood pressure.

Lorraine’s mission is to continue to utilise the Trivedi Effect®, deepen her connection with Source and expand her natural healing abilities to their highest potential in order to assist humanity in whatever capacity. The evolution of remote healing and human potential has been an on-going passion for Lorraine, along with her hope to pass this wisdom on.