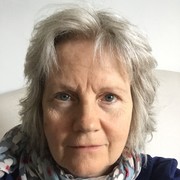 Maire Mayne received a B.Sc. Honours degree from the London School of Economics in 1980, and a Post Graduate Certificate in Education from the Institute of Education in London in 1981. She then taught Mathematics to an advanced level in a large London Comprehensive School for five years before returning to college to study Osteopathy at the European School of Osteopathy in Maidstone, Kent. She was awarded a Diploma in Osteopathy in 1990 and has run a successful Osteopathic practice in London ever since. She has also taught Osteopathy in the Cranial Field to postgraduates in the UK, Germany and Ireland; contributed as an Educational Consultant and maintained a small practice in Southern Ireland.

Ms Mayne is a natural healer, gifted with an acute sensitivity and the ability to “see”. This, combined with her love of learning and appreciation of science led her to study human growth and development from an early age. Her studies have also included neurology, nutrition, hypnotherapy, psychotherapy, personal development and Buteyko Breathing as well as Biodynamic Osteopathy, Energy Medicine and Healing. She has worked and studied with many leading Osteopaths and Health Practitioners.

Osteopathy is grounded in the study of anatomy and physiology but recognises that in the human body there is an intelligence at work, “an intelligent potency, that is more intelligent than your own human mentality.” (W.G.Sutherland DO) , an “all-wise chemist, be he known as God, Nature, the Unknowable, or the ever-living Genius of the universe” (A.T.Still).

Through her work and her studies Ms. Mayne developed a deep respect for knowledge which has a sound empirical or scientific basis, as well as coming to appreciate the need to acknowledge the role of an intelligent energy in creating true health and transformation. Where her clients were unable to absorb or respond to this life energy, it appeared difficult for them to make progress.

She was thus able to immediately appreciate the importance and significance of the work of Guruji Mahendra Trivedi when she was first introduced to his teachings and was able to experience a remote Energy Transmission through a live webcast in 2010.

In this webcast, Mahendra Kumar Trivedi spoke of how he was gifted with an unique ability to harness the energy from the universe and transmit that energy to living organisms and non-living materials anywhere in the world, and of how this energy was able to benefit and optimise the potential of the recipient at the cellular, molecular and atomic level in response to their own unique needs, a phenomenon which has become known as the Trivedi Effect. He spoke of his commitment to scientific research, and he presented information from some his scientific studies with agriculture. At that time, Ms. Mayne was going through the menopause, and suffering from insomnia, low energy and a certain level of stress, all of which were immediately alleviated.

Ms Mayne continued to learn about and experience the Trivedi Effect, and was able first-hand to experience profound improvements in her mental and emotional wellbeing, as well as in her physical health. She was also struck by Mr Trivedi’s concern for the health and wellbeing of people working in the healing or therapeutic arts, many of who tend to develop numerous disorders. In 2011, Mr Trivedi designed the Healing Mastery Program (HMP) to help people develop the capacity to protect themselves from damaging circumstances, and to learn how to harness and transmit this Divine Energy to others. The main design of the program was to increase and enhance the capabilities of the participants to a level of mastery, and to facilitate transformation within themselves and the world around them. Ms Mayne joined the Program when it began in June 2011, and is still participating in this program.

Since then, Ms. Mayne has continued to notice a marked improvement in all areas, including her effectiveness as a Craniosacral Osteopath and Healer. Anxiety, fear of the future, severe migraines, hair loss, high blood pressure and low energy gently but surely improved or disappeared, patterns of emotional trauma began to be released, and feelings of optimism, happiness, peace and calmness increased, as did her productivity and her ability to focus. Other members of the programs have reported similar effects, and have noticed that their capacities as healers in areas such as Integrative Medicine, Functional Medicine, Energy Medicine, Energy Healing, Acupuncture, Acupressure, Cranial Osteopathy, Craniosacral Therapy, Life Coaching, Reiki, Massage, Qi Gong and other complementary health modalities have been heightened.

Participation in the Program also enabled her to hear from and connect with some of the thousands of people who have reported ‘life changing” results from the Trivedi Effect, and from many of the conditions that she comes across in her own work. She was heartened to hear of people claiming relief from debilitating illnesses and diseases and disorders such as fibro-myalgia, arthritis, muscle pain, joint pain, chronic pain, low energy, exhaustion, fatigue and chronic fatigue syndrome, brain fog, sleep disorders, insomnia, sleep apnea, premenstrual syndrome (PMS), irritable bowel syndrome (IBS), colitis and poor digestion, severe migraines and tension headaches, attention deficit disorder (ADD) attention deficit hyperactive disorder (ADDH) sexual dysfunction, low libido and sexual disorders, inflammation, auto-immune disorders and poor immune function; from physical trauma such as road traffic accidents and concussion: from the effects of surgery and dental work, and to witness people claiming to have improved immune systems and self-healing capacities, including those suffering from cancer and those who have received chemotherapy and radiation treatment for their cancer.

As a member of the Trivedi Wellness Program, she has also received energy transmissions from Gopal Nayak, Dahryn Trivedi and Alice Branton, and has witnessed many people describe greater levels of happiness, calmness, compassion, love, peace, affection, inspiration, intuition, enthusiasm, empathy, motivation, self esteem, pleasure, sexual orgasm, improved relationships, altered perceptions and love of life; more profound experiences during spiritual practices such as yoga, meditation and mindfulness, and a greater connection with Nature and with what they experience as Higher Consciousness, Soul, Spirit and Universal Consciousness, and their own Spiritual Awakening or Spiritual Path.

Because testimonies do not prove causation, and may reflect the placebo effect Ms. Mayne was given confidence by the fact Mr Trivedi has always sought to assess the effect of is Bio-field energy healing treatments in the arena of science; the fact that he has conducted over 4,000 scientific studies in many life-sciences and material sciences including studies in agriculture, livestock, microbiology, genetics, cancer and human health, and has nearly 200 publications in leading international peer-reviewed scientific journals adopted by Universities within the U.S and Internationally, such as Princeton, Harvard, Penn State, Cornell, Yale, Colombia, as well as Oxford and Cambridge in the United Kingdom. She was particularly impressed by a study conducted at the California Pacific Medical Centre Research Institute, which was designed to assess the Trivedi Effect bio-field energy treatment on a mixed sample of cancerous and noncancerous cells.

“The results suggest that the bio-field treatment administered in the laboratory can induce cell death of brain cancer cells from a distance, while at the same time promoting viability of normal brain cells. Such selective efficacy against cancer cells is the sought after’ holy grail” for novel experimental anti-cancer agents..”

In September 2015, Mr. Trivedi and Ms. Alice Branton very generously organised for more than 100 of their Biofield Energy Healers, to take part in Scientific Experiments designed to test, measure, assess and document their ability to harness and transmit the life energy at a distance. Ms Mayne was one of the candidates invited to participate and transmit the energy to certain mineral and herbal compounds.