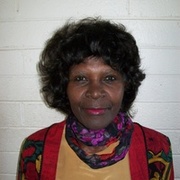 Margaret Kweya Wahl, earned various degrees in Education and spent much of her time in the field of Education. She worked extensively as an administrator on committee on Special Education conducting reviews, both annually and tri-annually for students with disabilities. She maintained ongoing written communications with parents of disabled students, in regards to planning, modifying, changing, reviewing, placing or evaluating programs, services and student facilities. She presented papers on CSE (committee on special education) process, FBA, ADD, and ADHD in the Spring of 2001, at Nazareth College in New York.

From the time she was a child she always knew that she was destined to be a healer. In 2005, Margaret Kweya Wahl retired from teaching and began her journey as a healer. She was introduced to Mahendra Kumar Trivedi in 2009 by a well known Doctor and Spiritual leader, Deepak Chopra. At the time Mr Trivedi had a Trivedi Foundation and received many blessings from him. The first time she lay down on the floor to receive Mr. Trivedi’s blessings, he told the crowd to take off their shoes and socks, find a quiet place where o one was going to disturb, lie down or sit up in your chair and start your prayers to the God of your understanding. I was impressed because everyone of us have their own version of God. That day, Margaret Kweya Wahl prayed for the courage to dismantle her home she had built for many years and move to an environment that could support her growth spiritually. The answer to that prayer came faster than she ever imagined. By 2010, Margaret Kweya Wahl made plans to go shopping for a new home in Western United States. She and her husband drove the whole way from New York State, stopping at every State in the West and checking them out. Margaret Kweya Wahl has no relatives or friends in any of the States in Western United States. She had to rely on the energy she received from Mr. Mahendra Kumar Trivedi and she got all the guidance she was looking for. When Margaret Kweya Wahl arrived in Tucson Arizona, there was no doubt about the feeling she felt for this city. She decided, this was where she was going to settle.