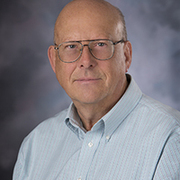 Mark Edward Stutheit received a Bachelors of Arts degree in 1977.   Mark choose Literature as a major despite tremendous opposition from friends and relatives.  These practical people wanted him to take business courses, but Mark was convinced that reading the works of the great writers would teach him the answer to the questions that troubled him since a young child.  Those questions were:  "how should I live?" and  "Is there a Universal Consciousness"  The years after his college graduation were the years when Mark became interested in health and healing and Personal Development.   He read books and articles on diet, nutrition, and herbalism.   Mark was taught Transcendental Meditation in 1973 by students of Maharishi Mahesh Yogi.  He taught himself Yoga from books a few years later.  And, he was still seeking the answer to his  "how should I live"  question.  During this time, he was taking University classes during the day and working a night job.  In the year 1981, he began taking computer classes at a technical school and he continued to take these types of classes off and on until 2012.

Mark worked in marketing for eight years and has worked in Customer Service for ten years. His Customer Experience is very broad, he has worked for small companies and major corporations. He worked in Information Technology for four years and processed Medicare Part D claims for three and a half years.

He first heard of the life energetic blueprint from the books "The Body Electric" and "The Secret Life of Plants". These books convinced him that there was more to a human being than a material shell, and furthered his interest in alternative healing.

Mark started listening to teleseminars and webinars from transformation leaders in 2012 and is still listening to them today.  He has listened to about 200 teleseminars sponsored by healers. He was very fortunate to discover Mr. Trivedi, a truly great healer, in a teleseminar in 2012.  He is a student of the Trivedi Effect, established by Mahendra Trivedi.   He is one of the candidates who has the ability to harness the divine grace/life force and can transmit this life force - harnessing the energy of the universe.  This ability has been proven in controlled experiments.

Mr Trivedi created an invaluable database on the power of consciousness and human potential, with over 4,000 scientific studies conducted on the Trivedi Effect in agriculture, livestock, biotechnology, microbiology, genetics, human health, cancer and materials science.

Furthermore, nearly 200 papers have been published in leading international peer-reviewed scientific journals documenting measured results of the Trivedi Effect, thus excluding the possibility of the placebo effect.  Astounding results have led to collaborations with leading scientists such as Dr. Rustom Roy, a materials scientist from Penn State University who was nominated for the Nobel Prize 23 times.  Through his collaboration with Guruji Mahendra Trivedi, Dr. Roy predicted that Mr. Trivedi's science research would trigger the upstart of a new scientific paradigm of understanding.  He had this to say about Mr Trivedi and his abilities, "I see him as the completion of what India has brought to the world in modern scientific terms.  Science is the religion of the world.  It's going to very tough for the establishment to hold onto old ideas.  I think with Mr Trivedi's potential, he may become a pioneer in loosening the grasp of old science...I have no doubt Mr. Trivedi will change the face of science and human well being in my lifetime."  Mr. Trivedi and Ms. Branton have developed more than 100 Biofield Energy Healers throughout the world whose abilities have been scientifically tested, measured, documented and published in international, peer-reviewed science journals. This research shows promise for people suffering from autoimmune disorders like Addison's disease, Alopecia, Autoimmune hepatitis, Celiac disease (gluten sensitivity), Crohn's disease, Dermatitis, Endometriosis, Graves' disease, Guillain-Barre syndrome, Hashimoto's thyroiditis, Interstitial cystitis(IC), Lupus, Lyme disease, Multiple sclerosis (MS), Psoriasis, Rheumatoid arthritis (RA), Type 1 diabetes, Ulcerative colitis (UC) and Vitiligo, as well as for inflammatory diseases like Allergies, Alzheimer's, Asthma, Eczema,Pancreatitis, Acid Reflux, Heart Disease and high blood pressure.  It seems clear that the Trivedi Effect energy has some sort of inherent intelligence that is capable of distinguishing and treating each recipient uniquely and a study conducted to assess the Trivedi Effect biofield energy treatment on a mixed sample of cancerous and noncancerous cells at the California Pacific Medical Center Research Institute provides undeniable support to this theory: "The results suggest that the biofield treatment administered in the laboratory can induce cell death of brain cancer cells from a distance while at the same time promoting viability of normal brain cells.  Such selective efficacy against cancer cells is the sought after 'holy grail' for novel experimental anti-cancer agents and makes this work all the more exciting." Garrett L. Yount, Ph.D.

The Trivedi mission statement is to utilise the Trivedi Effect to usher in a new era that integrates scientific research with consciousness to vastly improve the human condition and benefit humanity on a global scale.  Currently, Ms. Branton and Mr. Trivedi are continuing their investigation of the energy that powers the Trivedi Effect via collaboration with an international, multi billion dollar research organization to study the impact of the Trivedi Effect on revolutionary pharmaceutical and nutraceutical products with great promise for the treatment of immune disorders, inflammatory diseases, cancer and obesity, as well as for anti-aging, antioxidants, probiotics, prebiotics and overall health for the betterment of the world.