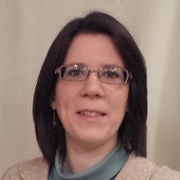 Mary Keesee received her BSEE degree from Rice University in 1992. From an early age, she has been interested in understanding the capacity of the human brain to affect one’s physiology and environment. Her father, a medical doctor, discovered from personal experience how profoundly the extent of a patient’s healing was influenced not only by the medical treatment, but by the patient’s beliefs, state of mind, and support of their friends and home environment. His study of biofeedback, subliminal technologies, autosuggestion and other techniques, along with a background in electrical engineering, had a direct influence on Mary’s career and personal studies.

In 2011, Mary became aware of Mr. Mahendra Trivedi’s work with biofield energy transmissions, and the extensive number of scientific studies which confirm the life-enhancing effects of this energy in numerous areas, including agriculture, livestock, biotechnology, microbiology, genetics, and human health. While many people believe in the power of prayer and belief, very few can back up their claims with scientific evidence. There are over 200 papers published in leading international peer-reviewed scientific journals which document the measured results of the Trivedi Effect.

Over the next several years, Mary participated in Trivedi programs to further her experience with the Trivedi Effect and learn about the transmission and harnessing of this powerful energy.

In 2015, Mary and 17 others (*see below) participated in scientific experiments to measure their group’s ability to transmit the biofield energy over a long distance to materials such as magnesium, selenium, and zinc. It was proven that the biofield energy transmission had measurable effects in the physical qualities of the materials. Multiple papers documenting the results of this and other experiments will be published in December 2016.

The term “Trivedi Effect” describes a biofield energy transmission which has the ability to positively impact living organisms, including seeds, plants, bacteria, fungi, animals, and human cells. Its documented effects include:

Increasing the yield of crops by up to 500 percent and their immunity by up to 600 percent without the use of chemicals, fertilisers, or pesticides

What sets apart the Trivedi Effect from many other modalities is the scientific evidence and documentation, with over 200 publications in international peer-reviewed journals. For example, one remarkable experiment documented changes in the physical and structural properties of diamond, graphite and charcoal monocrystalline powders, including changes to the lattice parameters of unit cells, crystallite sizes and densities. The study was published in the peer-reviewed journal “Materials Research Innovations”, under the title “Effect of superconsciousness external energy on atomic, crystalline and powder characteristics of carbon allotrope powders.” Considering that this biofield energy was able to affect the atomic structure of some of the hardest substances known to man, this is undeniable proof of the power of this energy.

In another study, plots of cashew trees were used to test the effectiveness of the Trivedi biofield transmission. Half of the trees received an energy transmission, and the other half did not (the control group). After five years, the treated trees (106 acres) showed a pronounced reduction in mortality rate (less than 0.5%, compared with 35-40% for the untreated trees). In addition, the treated trees yielded 334% more cashews, showed more vitality, liveliness and strength, and the cashews had a much longer shelf life than the control group (or even normal cashew crops). Scientists found that the treated cashews had 30% more chlorophyll a, 93% more chlorophyll b, and 45% more total chlorophyll. The experiment was published in the peer-reviewed science journal “Journal of Plant Sciences” in 2015.

Results like these provide unarguable proof of the effects of the Trivedi bioenergy transmissions. The future potential for these transmissions to improve all areas of human life has barely been explored. Future applications of the energy transmissions could include improvements to agriculture, animal wellness, genetics, microbiology, oncology, material science, and more. Currently, new collaborative projects are being launched with an international research organisation to further investigate the impact of the Trivedi Effect on nutraceuticals for such applications as prebiotics, probiotics, antioxidants, anti-aging, weight loss, and general health.

One study published in the American Journal of Life Sciences documented the effect of biofield energy treatments on yeast extract powder. Yeast extract powder has a wide range of applications, particularly as a culture media for the cultivation of microorganisms found in milk and other dairy products (e.g., probiotics). Compared to the control sample, the treated sample showed increased particle sizes, increased surface area, and increase in the melting temperature, among other beneficial effects. Given the numerous uses for yeast extract powder in the food and nutraceutical industries, it is clear that the biofield energy treatments have the potential for untold beneficial applications in our everyday lives.

As an example of the application of the Trivedi Effect in the pharmaceutical industry, a 2015 paper in the journal Pharmaceutica Analytica Acta documented the stabilising effects on two commonly used antibiotics, chloramphenicol and tetracycline. Using Fourier transform infrared spectroscopy and ultraviolet spectroscopy to compare control versus treated samples, there were measurable increases to the bond strength and conjugation effect after biofield treatment. Stability of a drug is of critical importance to its efficacy in the treatment of disease.

In another 2015 study published in the journal Analytical & Bioanalytical Techniques, the Trivedi biofield energy treatment resulted in demonstrable increase in particle sizes of bile salt (BS) and proteose peptone (PP). Bile salts play a crucial role in the human gastro intestinal tract, assisting with fat digestion, absorption of nutrients, and the removal of waste products. Based on the results of the study, biofield treated bile salts and proteose peptones could be used effectively in drug delivery systems in the pharmaceutical industry.

These and many other successful experiments have led to collaborations with leading scientists such as Dr. Rustom Roy, a Nobel-winning materials scientist from Penn State University. Dr. Roy has predicted that Mr. Trivedi’s science research would usher in a new scientific paradigm of understanding. He stated, “I think with Mr. Trivedi's potential, he may become a pioneer in loosening the grasp of old science. I have no doubt Mr. Trivedi will change the face of science and human well-being in my lifetime.”

In summary, Trivedi biofield energy transmissions have had proven and documented effects in areas of agriculture, livestock, biotechnology, microbiology, genetics, materials science, human health, and more. The potential applications of these biofield energy transmissions are endless, and will doubtless have profound effect in all areas of human industry as more individuals and organisations become aware of the transformative power of this energy.