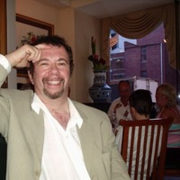 Dr. Michael Ellis is a medical doctor, futurist, and peace worker, living in Melbourne Australia, where he practices Integrative Medicine. He has higher qualifications in general medicine and paediatrics. He has a special interest in mind/ body medicine and in optimising the physical, mental and emotional health of the individual. As well as his medical qualifications, Dr. Ellis also has an Honours Degree in Literature, Arts, Philosophy and Social Psychology.

He began his professional medical journey at London University Where he studied medicine. Forever observant and sympathetic to humanity, it was not long that he noticed that at medical school patients were seen as diseases. When he went on ward rounds there was a hierarchy of figures including, the consultant, then the Medical Registrar, then the resident medical officer and then the circling group of medical students. Patients were cases whether they were seen on the ward round or presented in the lecture theatres as interesting diseases. I would notice unconsciously the institutionalisation of the patient who became a cog in the giant wheel of the medical factory called the hospital. These patients had tremendous faith in the doctor but had become without realising it institutionalised clones of a medieval system.

Inspired to bring about a positive change in humanity, apart from the being a GP, Dr Michael began a parallel journey in this field of systems change and consciousness. During which he became aware of the irreversible destruction of living and non-living resources of the planet in the 1970s with the publication of the book Limits to Growth. At that time there was a wonderful musical composition called Oxygene by Michelle Jarre.

This music was evocative for him in that it expressed the dance of life on the planet and the way the biosphere is like a pulsating matrix--a process which is constantly interconnecting, dividing, living and expressing itself. He realised at the time that we were forgetting to talk with nature and have forgotten our deep connection not only with the earth but also with the cosmos.

Over the past few years we have seen tremendous growth in science particularly with the development of knowledge of the brain, mind and consciousness. This is intimately tied up with the technological revolution in computers and bioengineering. This marks a new phase in the evolution of humanity. However, as Peter Russell said in his book The Awakening Earth we are forgetting that we are all connected and have hidden and wonderful potentials that we possess but are not expressed.

He calls current Humanity skin encapsulated egos. We are still unable to realise our common ground of existence with all of life and the global interdependent community of humanity, despite all the aid we give as climatic and natural disasters are increasing.

His aim is to enable us to realise that we are all connected and to increase awareness so that we begin to understand the deception placed on us by the old system and the old paradigm.

The old paradigm is being forced on us to an even greater extent by the neoconservative Orwellian, economic rationalist regime of Western Society. This gradual intrusive process is by its very nature eroding creativity and freedom of expression of art and culture. It is a fact that greed and acquisition rule the planet with 2% of people owning 50% of the wealth.

Leadership when it is narrow cruel and inhuman effects human beings in a very significant way. It is a sad day when Australia (where he lives) a land of freedom, individuality and mateship is being compromised by a neo-conservative regime based on a Washington consensus model.

The world is indeed governed by economics at the expense of anything else. This is surely why there is increasing chronic illness, cardiovascular disease, cancer and depression in our society. Stress and depression in one in three people in the world are signs that in terms of community, support and caring we are losing out. People are competing for survival and work rather than creating friendships and developing mature relationships and families.

Unless governance becomes more participatory and people have a real say at what they want in terms of their dreams and how they can express themselves in terms of real values and positive attitudes our society will be run by bureaucratic elites and watched over by a very wealthy minority.

We need to get back to the concept of true education and true healing if we wish to see a society which will flourish in every way including economically. Dr. Michael Ellis has conducted regular seminars at Universities on a wide range of topics related to the achievement of World Peace and the need for new ways of thinking and change of consciousness in order for humankind to survive sustainably.

In the book Golden Thread, a collection of practical and metaphysical wisdoms, sourced from contemporary geniuses, including renowned Deepak Chopra and a range of other experts in multiple fields; in the forward to a chapter entitled Revolutionary Doctor Dr. Michael Ellis, is described as an Integrative Medical Doctor, Doctor of Consciousness, Buddhist, Founder of Medical Renaissance Group, and The Buddhist Centre, Global Peace Ambassador and Initiator of Global Catalytic Change.

In December 2012 Michael co-produced a Global Internet Streaming event, “Shaping the Future Global”, with Steven Zuckerman, two time Grammy award winner. At this event he had the pleasure to interview and talk with to some of the World`s greatest Peace Makers and key international experts and luminaries. This event occurred over two weekends.

Michael has produced an extraordinary 3-day event, called Shaping the Future Conference and Concert –A new image of Humanity held at one of Australia’s premier Universities, Deakin University, from August 15-17 2014. Currently, He practices Nutritional, Environmental and Anti-aging Medicine in Mt Dandenong Victoria.