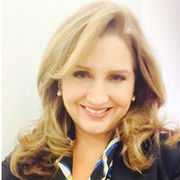 Michelle Barnard attended Sheridan College School of the Arts and continued art as a hobby while establishing her career in Publishing, Printing and the Graphic Arts field, working progressively with several companies over the years. She has pursued continuous learning in Art, Business, Health, and has certification in advanced Skin Care and Medical Aesthetics.

Ms. Barnard held a deep desire at an early age to understand life and find purpose and meaning which led her on a journey to acquire knowledge about natural healing and how to maximise human potential. Her studies included personal development, spiritual development, self empowerment, healing modalities, inspirational leaders, nutrition and yoga. She attended classes, lectures, conferences and shows pursuing this ongoing learning while working and raising a family.

In 2010, Ms. Barnard was first introduced to Guruji Mahendra Kumar Trivedi remotely through a live webcast and learned of some of the benefits people had experienced with the unique phenomenon that has become world renowned as the Trivedi Effect®. These benefits included relief from physical disorders and health problems as well as heightened potential and capabilities. She was drawn to Mahendra Trivedi’s undeniable ability, as well as his extensive work to scientifically document the results. Impressed by Trivedi’s 4,000 scientifically-based studies in human health, cancer, microbiology, genetics, livestock, agriculture, biotechnology and material science, she experienced firsthand her own energy transmission and was moved by the energies effect to create a sense of calmness, improvement in physical wellbeing and increased energy.

Michelle learned through the information provided by Trivedi Global Inc. that by harnessing the potential and heightened capacity of the human biofield, Mahendra Trivedi has successfully transformed living organisms and nonliving materials at the atomic, molecular and cellular structures of existence to greatly enhance potency and alter the characteristics and behaviours of the treated specimen.

Trivedi’s work within the international scientific community continues to be extensive and ongoing. His research constitutes an invaluable database for scientists attempting to understand the power of consciousness, energy medicine and the human biofield of energy. The Trivedi Effect® is continuously being applied to a broad range of scientific fields extending to and transcending beyond the frontiers of the current scientific paradigm.

As founder of this work Mahendra Trivedi, along with Spiritual Master Alice Branton, have co-authored over 150 international peer-reviewed science publications on the capabilities of the Trivedi Effect®. Their work on these publications have been adopted by the National Institute of Health, over 900 universities within the U.S. and hundreds more internationally, including Oxford, Cambridge, Princeton Harvard, Columbia, Brown, Dartmouth, Penn State, Cornell and Yale.

He has amassed over 250,000 individuals who have reported beneficial results in physical, mental, emotional and financial areas of their life with biofield energy treatments and continues to extend the benefits of this work in collaboration with Spiritual Masters Alice Branton, Dahryn Trivedi and Gopal Nayak.

Michelle Barnard has also become one of the Biofield Energy Healers whose abilities have been scientifically tested, measured, documented and published in international, peer-reviewed science publications. As a Biofield Energy Healer she can harness the life force and transmit the energy from across the globe in the phenomenon known as the Trivedi Effect®.

Reports of awakenings and profound experiences during peoples’ own spiritual practices like yoga, meditation mindfulness, Tai Chi, Qi Gong have been common. People have also said that they feel more deeply connected to spirit, their soul, nature and find that their own unique talents and capabilities in alternative and complimentary medicine modalities (Holistic Medicine, Integrative Medicine, Functional Medicine, Energy Healing and Reiki) have been heightened.

Although it seems clear that the Trivedi Effect energy has some sort of inherent intelligence that is capable of distinguishing and treating each recipient uniquely, a study conducted to assess the Trivedi Effect biofield treatment on a mixed sample of cancerous and noncancerous cells at the California Pacific Medical Center Research Institute provided undeniable support to this theory:

“The results suggest that the biofield treatment administered in the laboratory can induce cell death of brain cancer cells from a distance while at the same time promoting viability of normal brain cells. Such selective efficacy against cancer cells is the sought after ‘holy grail’ for novel experimental anti-cancer agents and makes this work all the more exciting”

Mahendra Trivedi’s mission statement is to utilise The Trivedi Effect® to usher in a new era that integrates scientific research with consciousness to vastly improve the human condition and benefit humanity on a global scale. Currently, Alice Branton and Mahendra Trivedi are continuing their investigation of the energy that powers the Trivedi Effect®  via collaboration with an international, multi-billion-dollar research organization to study the impact of the Trivedi Effect® on revolutionary pharmaceuticals and nutraceutical products with great promise for the treatment of immune disorders, inflammatory diseases, cancer and obesity as well as for anti-aging, antioxidants, probiotics, prebiotics and overall health for the betterment of the world.

The authenticity of Mahendra Trivedi’s work continues to inspire Ms. Barnard with the Trivedi Effect’s® power to uplift every aspect of the human condition.

Mahendra Trivedi has been identified as a man full of miracles because of his unique abilities and all the data he has amassed through scientific application and assessment. Even though they are not fully understood by the entire scientific community today, his research has unquestionably proven them to be true.