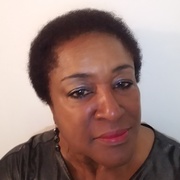 Pamela Clarkson Ansley earned her Bachelor and Master of Science degrees in Chemistry in 1971 and 1972 respectively from Texas Southern University, Houston, Texas.  Since 1972, Ms. Ansley has worked in related industries as a research chemist, university instructor, chemical sales representative, and as an environmental consult. At an early age Pamela sensed an underlying essence to all existence and determined to understand the nature of that essence and her relationship to it.  Born into the Christian faith and reared in the accepted religious practices thereof, each step in Pamela’s development moved her closer to her ultimate goal yet fell shy of completion.

In 2010 Pamela’s spiritual journey culminated in meeting Mahendra Kumar Trivedi who not only understood the essence that she knew existed, but who had also produced scientifically documented outcomes that proved his ability to connect with that essence and effectively harness and transmit the energy therefrom for the benefit of mankind. This phenomenon is now known worldwide as biofield energy treatment or The Trivedi Effect.

The Trivedi Effect has shown scientifically and anecdotally that the energy harnessed and transmitted by thought and intention has the power to know the cause and remedy of treated disorders.  Each transmission appears to be specific to the individual or specimen treated to produce the needed outcome.  Additional, the energy has transformative qualities that render the treated specimen atomically altered. Mr. Trivedi’s ongoing research has conclusively demonstrated that significant improvements in human health and condition have been realised by the Trivedi Effect. It is further recognised that repeated biofield treatments produce a cumulative effect on its subject with sustainable results. Pamela Ansley believes the energy is divine in nature and has the ability to bring the subject to its natural state of good health, harmony and wellbeing thus a restoration to the original blueprint.

Upon meeting Mr. Trivedi and first having experienced the Trivedi Effect, Pamela Ansley recognised the power of its effect on the human body, mind and spirit.  Mr. Trivedi demonstrated a skill superior to any transformational leader heretofore known to her. While the field of natural healers including practitioners in Reiko, Tai Chi, Qi Cong, and herbal healing have made great strides in providing alternative solutions to everyday malfunctions in humans as a whole, Mr. Trivedi has shown that all disorders treated respond to an increase in energy found in the Trivedi Effect. Moreover, Mr. Trivedi has shown by numerous documented experiments in agriculture, biotechnology, microbiology, genetics and human health that the application of the biofield energy transmission should have no boundaries.

Most significant in the works of Mahendra Trivedi is research performed at the California Pacific Medical Center Research Institute. The Institute concluded that the biofield energy treatments administered by Mr. Trivedi have an inherent intelligence that treats each recipient and specimen uniquely.  In one particular study at the Institute, Mr. Trivedi administered his biofield energy treatment to a mixed sample of both cancerous cells and non-cancerous cells.  The results showed that the biofield treatment was able to kill the cancerous cells while at the same time promote the viability of the noncancerous cells: “The results suggest that the biofield treatment administered in the laboratory can induce cell death of brain cancer cells from a distance while at the same time promoting viability of normal brain cells. Such selective efficacy against cancer cells is the sought after ‘holy grail’ for novel experimental anti-cancer agents and makes this work all the more exciting.” –Dr. Garrett L. Yount, Ph.D.

Twenty-three times nominated for the Nobel Prize, scientist Dr. Ruston Roy said of Mr. Trivedi, “I see him as the completion of what India has brought to the world in modern scientific terms. [Science is the religion of the world. It’s going to be very tough for the establishment to hold onto old ideas.  I think with Mr. Trivedi’s potential, he may become a pioneer in loosening the grasp of old science. I have no doubt Mr. Trivedi will change the face of science and human well-being in my lifetime.”] Mr. Trivedi’s collaboration with Dr. Roy at Penn State University produced astounding results in the field of materials science. Yes, Mr. Trivedi has demonstrated the use of biofield energy treatment in molecular and atomic transformations which has tremendous implications in the development of new composite materials and no less enhance the effectiveness of nutraceuticals in human health.

Over the past six years many people have provided extensive accounts of sustained relief from certain physical disorders and conditions such as autoimmune disorders, inflammation fibromyalgia, irritable bowel syndrome, arthritis, joint pain, muscle pain, chronic pain, fatigue, chronic fatigue syndrome, sleep disorders including sleep apnea and insomnia, premenstrual syndrome, severe migraines, low energy, neurological disorders, anorexia nervosa, and anorexia bulimia.  These physical conditions after biofield treatment have been replaced with a minimization of symptoms, and in most cases, an elimination of symptoms entirely.  The Trivedi Effect has offered broad spectrum relief from many physical disorders.

In the area of sexual performance, the Trivedi Effect has succeeded in producing sexual orgasm where there was none, increases in ejaculation, greater sexual satisfaction, and overall increased pleasure in sexual encounter. Herein, the Trivedi Effect has addressed a most significant and pressing problem for men and women today.

A growing number of people worldwide have experienced the Trivedi effect and have proclaimed the positive effects of biofield treatment in their lives.  Whether the treatments were administered directly or remotely those treated have provided testament to a greater sense of wellbeing and inspiration because of the hope found in a solution to longstanding negative conditions in life.  While many may suggest the placebo at play in these instances, Mr. Trivedi too recognised the scepticism his phenomenal gift of harnessing and delivering this universal and intelligent energy would most probably face.  Mr. Trivedi has devoted his life to showing the world through science the power of this energy and the reality that humans can harness it for the betterment of mankind on this planet.

While Mahendra Trivedi takes no personal claim to any particular religious or spiritual discipline, many who have experienced the Trivedi Effect indicate heightened intuition, greater enthusiasm for life, a broader sense of intelligence, a clearer perception of life purpose, enhanced spiritual and religious practices and even deeper forms of meditation. Most who have received biofield energy treatments, attest to a great sense of spirituality with an expanded and more constant connection with this universal intelligent energy.

Pamela Ansley remains most excited to be one of the Trivedi Healers who is capable of demonstrating the Trivedi Effect. Her work will continue in research and development of products that will benefit human health and the environment.