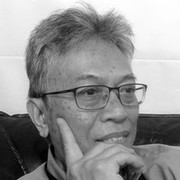 Paromvong Sinbandhit is a chartered Architect and Urban Designer/Planner with over 40 years combined experience in architecture, urban planning and urban design in Australia. He completed his Bsc(Arch) at the University of NSW, Australia, in 1971, and BArch (Hons.1) in 1974, when he was awarded the Board of Architects of NSW Medallion. He subsequently undertook a Master’s degree in Town & Country Planning at the University of Sydney, and completed the degree in 1986. During his long and illustrious career, Paromvong has worked in a number of architectural practices, working his way from a humble student architect before graduation, to graduate architect, senior architect in the first practice that he joined, and was appointed Associate Director in 1979. During this period he had been seconded to work with a number of renowned and prominent architects and had gained valuable exposures to a variety of projects and practices. He subsequently moved on to another practice in 1982 to broaden his experience, before joining the current practice in 1984, where he was appointed Associate Director in 1988 and Director in 1992, and later became Director of Urban Design & Planning as his principal works had progressively become focused on large scale master planning of greenfield and brownfield areas. As Urban Design and planning Director, Paromvong is responsible for setting standards and reviewing of the company’s major urban planning and housing projects nationwide.

Outside of his professional career, Paromvong has always shown interests in personal development and the working of the mind and how to develop its full potential. He has taken private studies in the areas of neuro-science, brain plasticity, the working of the sub-conscious and conscious minds, mindfulness, the power of intentions and human consciousness, which led him to the conclusion that there exist limitations in the current paradigm of science that cannot explain many phenomena that go beyond brain and body, phenomena that go into the realm of non-matters, of universal intelligence, universal energy, as referred to in the epic Star War movies as the “Force”. Paromvong has always been fascinated with unexplained phenomena that produce extraordinary outcomes for ordinary people, as if propelled by a hidden force. His fascination with mind over matters, intuition, biofields and the ability of the human body to heal itself gained further impetus after the death of his father through liver cancer, and of the many that he knew who succumbed to the various types of cancer after undergoing conventional treatments, and has led him to search for answers via alternative practices and wisdom.

His search finally led him to Mr Mahendra Kumar Trivedi, a man of extraordinary gifts who created what is universally known as the Trivedi Effect. Paromvong took on the journey with Mr Trivedy with a healthy scepticism to find out more and to experience the effects for himself in order to gain true knowledge through personal experience, not just through intellectualising the information offered. What he discovered was nothing short of astounding and miraculous.

Mr Trivedi, or Guruji, as he is reverently known and addressed, has the unique ability to harness the energy from the universe and transmit it to living organisms or nonliving materials anywhere in the world. The energy exhibits an inherent intelligence that delivers the benefits specifically to the recipient’s unique needs, optimising the recipient’s potential at the cellular, molecular and atomic level, thus leading to lasting changes in their behaviours and characteristics. Mr. Trivedi coined the term for this unique phenomenon the Trivedi Effect ®.

Since Mr Trivedi made available his extraordinary gifts and ability to transform living and non-living things through bio-field transmission of energy harnessed from the universe, thousands of people have reported the life changing effects and transformation on their lives.

Many people claim that the Trivedi Effect has enabled them to discover their life’s purpose and feel more deeply connected to Nature, Spirit and their souls. Yet others find that their capabilities as healers in areas such as Integrative Medicine, Holistic Medicine, Functional Medicine, Energy Medicine, Energy Healing, Healing Touch, Tai Chi, Reiki, Qi Gong and other alternative and complementary medicine modalities, have been enhanced.

Notwithstanding the increasing number of over 250,000 people who attest to beneficial results in physical health, sexual satisfaction, relationships, emotional health, mental potency, finances and much more, Mr. Trivedi still sought to evaluate the authenticity of the Trivedi Effect® through rigorous, scientific application in order to eliminate the possibility of the placebo effect.

Mr. Trivedi has amassed an invaluable database on the power of consciousness and human potential, with over 4,000 scientific studies conducted on the Trivedi Effect® in agriculture, livestock, biotechnology, microbiology, genetics, human health, cancer and materials science. As of December 2016, nearly 200 papers have been published in leading international peer-reviewed scientific journals documenting measured results of the Trivedi Effect®. These publications have been adopted by the National Institutes of Health, around 900 U.S. universities, and hundreds of top universities internationally. They include Princeton, MIT, Yale, Columbia, Brown, Harvard, Penn State, Dartmouth, Cambridge, Oxford and Cornell. All studies and publications have revealed results that have astounded scientists worldwide and have led to collaborations with major, leading scientists such as Dr. Rustum Roy, a materials scientist from Penn State University who was nominated for the Nobel Prize 23 times. Through his corroboration with Mr. Trivedi, Dr. Roy predicted that Mr. Trivedi’s science research would usher in of a new scientific paradigm of understanding that integrates human consciousness with physical science. This new science will be able to explain many phenomena that cannot be explained by current science.

One significant study conducted to assess the Trivedi Effect ® biofield energy treatments on a mixed sample of cancerous and noncancerous cells at the California Pacific Medical Center Research Institute undeniably demonstrates that the Trivedi Effect ® energy has some sort of inherent intelligence that is capable of distinguishing and treating each recipient uniquely:

The Trivedi mission statement is to utilise the Trivedi Effect® to usher in a new era that integrates scientific research with consciousness to vastly improve the human condition and benefit humanity on a global scale. Currently, Mr.Trivedi is leading an investigation into the energy that powers the Trivedi Effect® via collaboration with an international, multi-billion-dollar research organization to study the impact of the Trivedi Effect® on revolutionary pharmaceutical and nutraceutical products with great promise for the treatment of immune disorders, inflammatory diseases, cancer and obesity; as well as for anti-aging, antioxidants, probiotics, prebiotics and overall health for the betterment of mankind and the world.