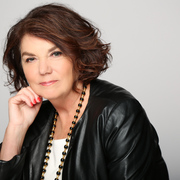 Patricia Rowe felt drawn to a search for truth along with raising consciousness and potential since her earliest memories. This spiritual journey took her on a unique path in life. She studied with top Masters and Transformational Leaders becoming certified as a Qi Gong Therapist, Qi Healer, Master Reiki Practitioner, and Pranic Healer. Her studies included philosophy, theosophy, meditation, martial arts, archaeology, Hawaiian Spirituality, Pranic Healing, Pranic Psychotherapy, Arhatic Yoga, Chinese Healing Arts, and so on. Along the way she taught what she learned including Tai Chi, Qi Gong with acupressure/acupuncture point techniques, Pranic Healing and Self Identity through Ho’oponopono. She grew up in New York State with five talented sisters and was blessed with wise parents that provided her with a good foundation for life. She lives in New Hampshire with her husband of more than 40 years. They are grateful to have a son and a daughter.

Patricia’s search for truth and understanding the hidden side of things brought her to the healing field. With her compassion and desire to help others, she is a natural healer. Always the pioneer, she was awarded a rare certificate of appreciation from a Grandmaster for her work in bringing energy healing to Massachusetts and New Hampshire. Patricia believed energy healing was not alternative but complementary to western medicine. This approach of working with health care industry workers brought her the opportunity of being welcomed in the operating room as a healer during a biopsy at Beth Israel Deaconess Medical Center in Boston, Massachusetts. With all these experiences and spiritual practices, Patricia still felt dissatisfied in her quest for deeper inner connection.

In Dec 2010 Patricia listened to a webcast with Mahendra Kumar Trivedi and from her first experience she knew she wanted to learn from him. Her first Bio-field Energy Healing Treatment/Transmission from him yielded a true happiness and dramatic improvement in memory. She appreciated Mr. Trivedi’s no-nonsense style. When you’re searching truth like she was, you appreciate someone willing to speak about things as he sees them. His discourses and Bio-field Energy Transmissions increased her intuition, compassion, calmness, motivation, happiness, healing ability, and altered perceptions. For Patricia, the Trivedi Effect created a deeper relationship with the most important relationship - within the self.

Mr. Trivedi’s unique ability to harness, transmit and infuse an intelligent energy from the universe to living organisms (including plants, trees, fungi, animals, bacteria, viruses, cancer cells, and human cells) as well as nonliving materials (including metals, ceramics, polymers and chemicals) anywhere in the world and ultimately optimize their potential was impressive. This energy permanently alters cellular and atomic structure changing the behaviours and characteristics to benefit the unique need of the recipient. This phenomenon is known worldwide as the Trivedi Effect.

His over 4,000 scientific studies in life and material sciences include: agriculture, biotechnology, cancer, genetics, livestock, pharmaceuticals, nutraceuticals, microbiology and human health. These studies along with almost 200 publications in leading international peer-reviewed scientific journals ruled out the possibility of the placebo effect and validate the power of this energy. His publications have been adopted by the National Institutes of Health and around 900 U.S. universities as well as hundreds of universities internationally.

Guruji, with the Trivedi Effect, has increased crop yields up to 500% and immunity by more than 600%, increased shelf life of crops up to 1,000%, altered the size and mass of the atom, energy between the atoms, and converted energy into mass as well as mass into energy, converted cancerous cells into noncancerous cells in vitro, killed cancerous cells while simultaneously strengthening the viability of healthy cells, reduced the viral load of HIV and Hepatitis B and C in vitro by up to 99.8%, made drug-resistant bacteria respond to pharmaceutical drugs and antibiotics, and increased the bioavailability and reduced toxicity of pharmaceutical drugs.

Mr. Trivedi generously created “Trivedi Master Wellness” programs so people could experience this transformation and improve their lives. Patricia joined his Healers Mastery Program at its inception in 2011. Towards the beginning of this program Patricia had the most profound spiritual experience she has had in her life. She felt true joy and understandings beyond anything she experienced before. This affected her then and now. Over the next six years Patricia continued to receive countless Bio-field Energy Transmissions from Guruji Mahendra Trivedi, Master Dahryn Trivedi, Master Gopal Nayak and Master Alice Branton.

Under the guidance of Guruji, Patricia transmitted this universal energy with intelligence to seeds, and wine. The changes were clear. The plants grown from seeds which received the transmissions were stronger, larger, greener, with larger root systems and more yield than those of the control groups. This happened time and time again. Patricia began offering these Trivedi Effect Transmissions to people and animals. The many testimonials that continue to come in are a testament to this energy and Guruji.

Patricia is grateful that Guruji Trivedi has shared his wealth through nurturing her and others to be able to connect with and transmit this energy. Some of the things people have experienced from Patricia’s Trivedi Effect Energy Transmissions are: profound rest and better sleep, increased compassion, anger dissolved, increased stamina, improvement in skin and face glowing, deep peace, accomplish more, productivity, less procrastination, new perspectives, more present, ability to overcome adversity with calm and grace, able to handle everything in life with more ease and perspective, more energy, mind stopped chattering, deeper connection during prayer, clear discernment, physical healing of hamstring and foot from sports injury, physical healing of knee degeneration, reduction in pain with increased flexibility, looking younger, calm, focused state, greater sense of clarity, intuition, sense of self love, improved eyesight, wound healing from surgery that previously wouldn’t heal, no pain after surgery, help with depression, personal development with more character and understandings. Additionally, owners of pets have reported improvement in their animal’s health and disposition.

All this research contributes to realising Mr. Trivedi’s mission to utilise the Trivedi Effect to usher in a new era that integrates scientific research with consciousness to vastly improve the human condition and benefit humanity on a global scale. Patricia gratefully continues to receive these energy transmissions as her personal transformation increases along with her connection to this energy. She has always believed that energy healing is both an art and a science. We must recognise that there is a power beyond our understanding and that power has the ability to specifically target areas of need and transform things beyond our imagination. Through scientific verification, we can begin to see the impact and determine applications of this energy. This is the energy known as The Trivedi Effect.