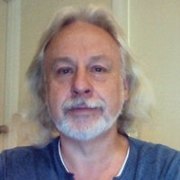 Motivated by recognition of his inherent abilities as a healer, in 2001 Mr Surguy completed his Masters Degree in a Social Science (Counseling) from the University of South Australia. Since childhood his primary motivation is to discover the ‘real reasons’, the underlying forces and energies that give rise to the phenomena of the human, human made and natural worlds. He commenced personal academic and spiritual disciplines from the age of 14, encompassing a study of the scientific, psychological, philosophical and theological schools of the Western Tradition leading to an exploration of self developmental, human potential and healing modalities from both Eastern and Western traditions. This was the foundation for a lifelong spiritual journey and personal development quest.

Mr Surguy was a precocious artist and in 1968 commenced personal tuition in fine arts – taking up formal tertiary study in 1972 when he gained entry with a scholarship to the South Australian School of Art. He went from art school to experience a broad range of jobs and activities, eventually returning to study as an art teacher and then in film and drama. As an educator he became aware of many of the barriers that interfere with learning and development in adults and children from socio-economic to congenital disabilities. While studying for his teaching qualifications he delved further into the psychological work of C G Jung, W Reich, V Frankl, J Piaget, E Erickson, E Fromm, C Rogers, A Maslow, R Ornstein and R Steiner, leaders in the exploration of human consciousness and expansion as well as the pursuit of universal consciousness. The personal pursuit was further deepened and expanded by spiritual emergent experiences and spiritual awakenings, seeking deeper motivation, intuition and inspiration, enthusiasm for life and eagerness for learning, spirituality, depth in spiritual practice, freedom in religious practice, a yearning for indescribable peace, and ongoing transformation.

As an artist and art educator he sought for the roots of the spiritual in art practice, art education and art experience in general, seeking a more spiritual scientific basis for practice appreciation and application of the arts. In recent decades after experiencing various blocks and barriers to his own creativity he has been seeking ways and means of dissolving these impediments in his own life and assisting others to do the same, whether it be for example a loss of creative powers – creative block, writer’s block, stage fright, mental block, emotional barriers, or seeking new motivation.

Where appropriate he was able to employ various modalities that helped to shift otherwise immovable obstacles in people’s lives, including; energy medicine, energy healing, emotional freedom technique (EFT), meditation, healing touch, relaxation, visualization, and refer people where appropriate to massage therapy, body work, Reiki, acupuncture, homeopathy, tai chi, qi gong, naturopathy as well as to GP’s for holistic medicine or more conventional health treatment. While having some very good results via these methods Peter Surguy had a desire for / and openness to finding more powerful means for catalyzing healing and optimization of potential in himself and the people he worked with.

With this desire for finding solutions to physical health and mental health issues, Peter Surguy came to the work of Mahendra Kumar Trivedi in early 2011 via the Internet. Immediately experiencing considerable person benefit from the biofield energy healing treatment, he became deeply interested in the Trivedi Effect and the scientific proof for its remarkable results. A while after beginning his involvement with the Trivedi Effect Mr Surguy began to notice not only and enhancement in his own physical / psychological well-being, but also in those around him, including both those close to him and in some clients. As a result of these outcomes he has become more and more involved in biofield energy healing treatment, leading to his own move toward the Trivedi Effect healing work. This direction enables him, as it does his fellow Healers, to harness the phenomenon known as the Trivedi Effect, or Life Force, Life Energy, Grace of God, Divine Grace, with its inherent intelligence, to help people suffering from the disorders mentioned above and to enhancing all aspects of human health and wellness, emotional health, mental potency, mental wellbeing, finances, self esteem, clarity, deeper relationships, love of life, calmness, clarity of life purpose, happiness, an opening of love and compassion for the self the world and others.

The scientific measurement of the Trivedi effect has been of utmost importance to Guruji, knowing the importance of a scientific basis for the extraordinary results of the biofield energy transmissions, and the need to discount the placebo effect as a significant contributing factor. Thousands of experiments have been done in top research universities/research institutes over many years. These experiments have been done within the scope of the life sciences, cancer cell treatment, agriculture and live stock, genetics, biotechnology, microbiology, material science. Mr Surguy was particularly interested by the agricultural experiments that Mr Trivedi had performed, and their extraordinary results , having himself researched and made a film about the bio dynamic farming method in the early 90’s, which had won an international environmental film prize.

The Vision Statement of Trivedi Science;

“The world is changing all around us. In this 21st century, humanity is facing some of its greatest challenges. For humankind to continue to thrive and prosper, we must look ahead into the future to help society discover a new paradigm of science that addresses these challenges and to help individuals to discover their true purpose on this planet. There is a need to integrate the mind and body with the spirit and soul so that people can enjoy a state of happiness and wellness in all areas of their lives.

Our vision, which guides every aspect of our business, describes what we need to accomplish:

To transform human life for the greater good of all humankind by integrating science, divinity and consciousness.”

As part of the Trivedi Healer group, Peter Surguy seeks to be lead by this light and to make a contribution to this Vision no matter how small. Like his fellow Healers who are able to harness the Trivedi Effect, he is inspired by the many thousands of testimonials and anecdotal accounts from recipients of the biofield energy healing treatment from Guruji and the Trivedi Masters, Dahryn Trivedi, Gopal Nayak and Alice Branton, that attest to its healing and transformative effect on the human biofield and guided by them. These reports include healing at the physiological and psycho-spiritual levels, catalyzing the healing of long term afflictions and illnesses , including anorexia nervosa anorexia bulimia, fibromyalgia all of those mentioned above, and opening the human being to deeper empathy, affection, peace, calmness, pleasure, sexual orgasm, sexual satisfaction; clearing blocks to all kinds of creative output from clarity of thought and mind and mindfulness; being able to use their full intelligence and intellectual capacity, to higher levels of creative functioning in the arts, and improving finances / income and success to business ventures in general.