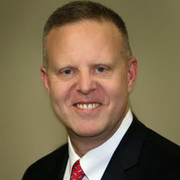 Robert Kock earned a Bachelor of Science degree in Engineering Mechanics from the U.S. Military Academy at West Point. He served over 22 years as an Army Officer in the Corps of Engineers and retired as a Lieutenant Colonel. Mr. Kock also had a successful career in the oil and gas industry, where he served primarily in project management and leadership roles.

In Mr. Kock’s opinion, these therapies have their place and can provide a wide array of benefits – some quite impactful. Clearly some are more widely accepted, while others tend to be discredited as quackery and pseudoscience.

Many modalities have been studied extensively and proven their efficacy. Others reside more prominently in the realm of “faith”. And, truth be told, the benefits of both allopathic medicine as well as alternative and complimentary modalities are likely partially attributable to the well-studied placebo effect – the patient’s belief in the treatment. Over time and with more research, there is no doubt that science will be able to better measure the results of various healing modalities. And maybe some of today’s “quackery” will become tomorrow’s proven science.

Robert Kock first became aware of the work of Mahendra Kumar Trivedi in 2010 – first through a webinar, then in person at an event in Chicago. In 2015, Mr. Kock even traveled to the Trivedi Global, Inc. offices for a personal meeting with Mr. Trivedi and his wife, Dahryn Trivedi. What impressed Robert Kock most about Mr. Trivedi was his scientific approach to proving the existence and efficacy of his abilities. It’s one thing to have testimonials – it’s quite another to have scientific validation to support your claims. “Guruji” Trivedi has both. Mr. Kock was intrigued by the seeming dichotomy between what most people would consider outlandish claims, and Mr. Trivedi’s ability to back those claims up with science. So when Mr. Trivedi announced new scientific experiments involving the Biofield Energy Healers that he developed, Mr. Kock jumped at the opportunity to join 19 colleagues from various countries in this endeavor. The other healers in this group were Dr. William Dean Plikerd, Peter L. Surguy, Rolando Baptista Piedad, Russell Phillip Callas, Sakina A. Ansari, Sandra Lee Barrett, Sara Friedman, Steven Lee Christie, Su-Mei Chen Liu, Susan Elizabeth Starling, Susan Jones, Susan Mardis Allen, Susanne Kathrin Wasmus, Terry Ann Benczik, Thomas Charles Slade, Thomas Orban, Victoria L. Vannes, Victoria Margot Schlosser, and Yusif Sarkis Yamin Albino.

Mahendra Kumar Trivedi discovered that he has the ability to harness energy from the universe and transmit it to living organisms or nonliving materials anywhere in the world. The energy is intelligent and performs beneficially to the recipient’s individual needs, thereby optimizing the recipient’s potential at the cellular, molecular and atomic level, and leading to lasting beneficial changes in behaviors and characteristics. This unique phenomenon of Mr. Trivedi’s biofield energy treatments has become world-renowned as the Trivedi Effect®.

Even though Mr. Trivedi compiled a vast and continuously-growing number of testimonials attesting to the capabilities and potential of his biofield treatments, he retained a healthy skepticism. More than 250,000 individuals have sought Mahendra Trivedi’s abilities and have testified to the remarkable benefits from his biofield energy treatments in the areas of physical health, relationships, emotional and mental health, finances, business ventures and much more. But Mr. Trivedi was aware of the power of suggestion and people’s susceptibility to the placebo effect. As a result, Mahendra Trivedi sought to evaluate the authenticity of the Trivedi Effect® in the arena of science.

Mr. Trivedi has created an invaluable database on the power of consciousness and human potential, with over 4,000 scientific studies conducted on the Trivedi Effect® in agriculture, livestock, biotechnology, microbiology, genetics, human health, cancer and materials science. These studies resulted in nearly 200 papers published in leading international peer-reviewed scientific journals, documenting measured results of the Trivedi Effect®, and thus excluding the possibility of the placebo effect. These publications have been adopted by the National Institutes of Health (NIH), around 900 U.S. universities, and hundreds of top universities internationally – including Princeton, Harvard, MIT, Yale, Columbia, Brown, Penn State, Dartmouth, Oxford, Cambridge, and Cornell. The research and publications have revealed results that have astounded scientists worldwide and have led to collaborations with major, leading scientists such as Dr. Rustom Roy, a materials scientist from Penn State University, who was nominated for the Nobel Prize 23 times. Dr. Roy’s extensive research and experimentation on the abilities of Mr. Trivedi’s biofield energy treatments led him to say, “I see him as the completion of what India has brought to the world in modern scientific terms. … Science is the religion of the world. It’s going to be very tough for the establishment to hold onto old ideas. I think with Mr. Trivedi’s potential, he may become a pioneer in loosening the grasp of old science” and “I have no doubt Mr. Trivedi will change the face of science and human well-being in my lifetime.”

Mahendra Trivedi’s work within the international scientific community is extensive and ongoing. This research constitutes an invaluable resource for scientists attempting to understand the power of consciousness, energy medicine and the human energy biofield. The Trivedi Effect® is being applied to a broad range of scientific fields to extend beyond and transcend the frontiers of the current scientific paradigm. By harnessing the potential and heightened capacity of the human biofield, Mr. Trivedi has successfully transformed living organisms and nonliving materials at the atomic, molecular and cellular structures to greatly enhance and alter the characteristics and behaviors of the treated specimen.

A study conducted at the California Pacific Medical Center Research Institute strongly supports the theory that the Trivedi Effect® energy has some sort of inherent intelligence that is capable of distinguishing and treating each recipient uniquely. This study assessed the impact of Mr. Trivedi’s biofield energy healing treatments on a mixed sample of cancerous and noncancerous cells.

There are a growing number of people who have participated in “Trivedi Master Wellness” Programs – designed so people could access firsthand the energy that powers the Trivedi Effect®. Reports from participants have been described as “life-changing” and “miraculous,” with people claiming that the Energy Transmissions have brought about relief from debilitating illnesses, diseases and disorders such as sleep disorders, insomnia, sleep apnea, fatigue, chronic fatigue syndrome, irritable bowel syndrome (IBS), attention deficit disorder (ADD), attention deficit hyperactive disorder (ADHD), fibromyalgia, arthritis, chronic pain, muscle pain, joint pain, low libido, premenstrual syndrome (PMS), severe migraines, low energy and more. Others insist they have improved immune systems and greater self-healing abilities, including those suffering from cancer and those who have received chemotherapy and radiation treatments.

Mr. Trivedi claims no religious or spiritual affiliation and recommends everyone follow their own beliefs and inner guidance. However, some report the biofield energy treatments have deepened their religious faiths (Christianity, Catholicism, Protestant, Baptist, Judaism, Scientology, Hinduism and Buddhism). People have even insisted they have experienced Spiritual Awakenings by entering higher levels of consciousness, while others say they feel deeply connected Nature, Spirit and their souls, and have discovered their life’s purpose. Yet others have found that the biofield energy treatments have created more profound experiences during spiritual practices, like yoga, meditation, and mindfulness, and greater progress along their Spiritual Journey. Many healers and health care industry workers discover heightened capabilities in areas such as Integrative Medicine, Holistic Medicine, Functional Medicine, Reiki, Tai Chi, Qi Gong, Healing Touch, Energy Healing, and Energy Medicine, although Mr. Trivedi does not endorse any healing modality.

Mr. Trivedi has developed more than 100 Biofield Energy Healers from around the globe, whose abilities have been scientifically tested, measured, documented and published in international, peer-reviewed scientific journals. Ongoing research holds potential relief for people suffering from autoimmune disorders like Multiple Sclerosis (MS), Lupus, Crohn’s disease, Celiac disease (gluten sensitivity), Lyme disease, Addison’s disease, Autoimmune hepatitis, Dermatitis, Endometriosis, Graves’ disease, Hashimoto’s thyroiditis, Interstitial cystitis (IC), Psoriasis, Rheumatoid Arthritis (RA), diabetes, and Ulcerative Colitis (UC) and; as well as for inflammatory diseases like Heart Disease, high blood pressure, Allergies, Alzheimer’s, Asthma, Eczema, Pancreatitis, and Acid Reflux. The mission statement of Trivedi Global, Inc. is to utilize the Trivedi Effect® to usher in a new era that integrates scientific research with consciousness to vastly improve the human condition and benefit humanity on a global scale. Currently, Mr. Trivedi is collaborating with an international, multi-billion-dollar research organization to study the impact of the Trivedi Effect® on revolutionary pharmaceutical and nutraceutical products with great promise for the treatment of immune disorders, inflammatory diseases, cancer and obesity; as well as for antiaging and overall health for the benefit of all humankind.