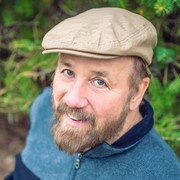 Starting in 1969 I became a practitioner of the Transcendental Meditation technique.  This daily spiritual practice has helped me to tap into the universal life force and thereby expand my own consciousness and enhance my own spirituality.  In 1975 I became a teacher of TM and began teaching other people this unique practice of transcending. Many scientific experiments have demonstrated the efficacy of TM in reducing stress, restlessness, anxiety, creating a sense of calmness and incredible peace.  Many mediators have reported a reduction in anxiety disorders, such as uncertainty, worry, mood swings, feeling hopeless, fear, sadness, and indecisiveness.  Also physical ailments such as high blood pressure have been reduced through meditation.

Other vehicles for my spiritual transformation have included acupuncture, Reiki, holistic medicine, Qi Gong, healing touch, massage, nutrition and acupressure.  In 2003 I became a student of Thomas Gates, Advanced Healer, and was taught an energy transmission modality called Healing Spectrums.  I began energy treatments of people both in person and long distance.  These treatments produced significant results. Reports from those treated between 2003 and 2010 included reductions in physical symptoms of chronic pain from injuries and debilitating illnesses. People suffering from fatigue, depression, PMS, low energy, and autoimmune disorders, such as Parkinson’s noticed improvements in their health.  They also felt emotional calming, a sense of inner peace and an expanded sense of Self.

In October 2010 I was on a conference call with Mahendra Kumar Trivedi. During this call I experienced a major shift in consciousness just from hearing the vibratory sound of his voice.  The experience propelled me to want to know more about this extraordinary man.  From 2010 to the present I have received thousands of energy transmissions from Master Healers: Mahendra Trivedi, Dahryn Trivedi, Gopal Nayak, and Alice Branton.These sustained biofield energies healing treatments know as the Trivedi Effect have acted as a miraculous catalyst accelerating exponentially my spiritual growth in the following areas: deeper relationships, more mindfulness, altered perceptions, spiritual awakenings, greater happiness, more pleasure, even bliss, greater capacity to love and express affection, more empathy and compassion, increased love of life, motivation, greater enthusiasm in general, more stabilise, confidence, greater sense of life purpose.  As a Sufi my religious practice and spiritualism have been enhanced. On the physical level I have experienced a significant reduction in joint pain, arthritis pain, and better digestion.  In general there has been an increase in overall health, a greater sense of wellness and well being.

All of the biofield energy transmissions I have received from Mahendra Trivedi have increased my human potential, promoted higher consciousness, reduced mind body conditioning and have been life changing.  They have significantly increased my ability to be a much larger and clearer conduit for the healing energy.  Being able to harness more of the universal life force, my own energy transmissions have produced more dramatic changes in the people I treat. People suffering from auto Immune diseases, severe migraines, irritable bowel syndrome (IBS), attention deficit hyperactivity disorder (ADHD), sleep disorders, sleep apnea and insomnia have reported significant improvements in their conditions.

In 2013 I was a participant in a brain wave study at Maharishi University of Management which tested the effect of energy transmissions on brainwave coherence.  The analysis of the data showed significant, unique and immediate changes in brainwave function in the subjects being treated (also the treater) with the energy transmissions.  Safeguards were built in to eliminate the placebo effect.  The study found the energy transmissions had the effect of balancing the left and right hemispheres of the brain; a settling down of brain activity; brain wave activity becoming rhythmic, orderly, and coherent; and an increase in delta brain waves.  The changes in brain waves demonstrated in this experiment result in the following improvements in brain functioning: higher IQ, more creativity, faster learning, better memory and focus, improved intelligence, enhanced cognitive functioning, and a greater sense of mental well being.

As a result of his unique ability to harness the energy of the universe and transmit it to living or nonliving organisms, Mahendra Trivedi has demonstrated through documented scientific experiments the capacity of the Trivedi Effect to profoundly change and alter people’s lives and transform living organisms anywhere in the world. This unique phenomenon is known as the Trivedi Effect. Hundreds of scientific studies have been done, authenticating objectively the validity and reliability of the Trivedi Effect.  The results of these experiments have been published in over 150 international peers reviewed science publications and adopted by the National Institutes of Health.  Through association with Mahendra Trivedi I have come to know personal testimonials that attest to how the Trivedi Effect biofield energy transmissions have benefitted people’s lives in many different ways:  bringing relief from neurological disorders, autism spectrum disorders, fibromyalgia, sexual disorders, erectile dysfunction (ED), impotency, cancer, low libido, and premature ejaculation. People have also noted significant improvements in emotional and mental health.  Improved conditions include psychosomatic disorders, psychological disorders, neurological disorders, emotional trauma, separation anxiety, social anxiety disorder, panic attacks, and panic disorders.  Also other anxiety disorders such as anorexia nervosa, anorexia bulimia, low self esteem, worthlessness, loneliness, sadness, mood swings, and worry improved. In addition many individuals who received these healing energy transmissions have experienced beneficial results in finance, business, personal relationships, emotional health and mental potency.

During the 6 years I have been associated with Mahendra Trivedi and Trivedi Global, Inc., I have come to know some of the other healers receiving Trivedi healing transmissions.  The natural healers and transformational leaders using the Trivedi Effect are harnessing the universal life force to provide energy medicine and energy healing to promote the natural healing tendencies of the body and spirit to regenerate and repair itself.  This is truly the profound manifestation of Holistic Medicine.  These friends have also pursued a lifelong spiritual journey and have been involved in much personal development such as Tai Chi, Life Coaching, Reiki healers and Reiki practitioners.  Some have been health care industry workers.  But nothing has inspired them as much as the Trivedi Effect.  They have been eager over the years, as a group of healers, to treat a myriad of disorders with the Trivedi Effect.  These include:

In all the avenues of personal self development I have explored the path of my life has been to strengthen my awareness of and connection to the Universal Life Force and to stabilize that connection as an all-time reality. As a result of this growth and its acceleration by the Trivedi Effect, my own capacity to harness and transmit healing energy has produced more dramatic changes in the people I treat.