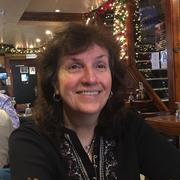 Sharyn Sodomora completed her Bachelor's Degree from Wilkes University in 1970 and worked in Financial Sales, Distribution, and Marketing Managerial positions in a major Chemical Company, Domestic and International Cosmetic Company, and Food Company for almost 35 years.

Although finding success in business, throughout those years, Sharyn always felt there was something missing in her life. In seeking that 'something else', she began pursuing spiritual growth through various books, seminars, and workshops.

After leaving Corporate America, not knowing what the next step would be, Sharyn was led to the field of massage therapy. A complete 180 degrees from what she had been doing and had never even experienced a massage before. Ms Sodomora then attended and graduated from the Somerset School of Massage Therapy. In her studies she was introduced to many different massage modalities, but was drawn to the energy modalities and went on to further study Reflexology.

During one of her massage classes, by chance, Sharyn was introduced to a practice outside the massage curriculum, Reiki, which was administered by a fellow student Reiki practitioner. She became intrigued when hours after that brief encounter with the Reiki energy, upon closing her eyes, she saw a picture of a skull and spinal column and the flow of energy. Sharyn went on to pursue the study of Reiki and became a 3rd level Reiki practitioner. One of her last pursuits was the introduction to and study of Craniosacral Therapy. Sharyn experienced many successes in all healing modalities/therapies, but found that mind/body conditioning has its limitations and that true lasting change/transformation could not be realised through techniques alone. Ms. Sodomora continued to seek spiritual growth/higher consciousness and a greater understanding of universal energy and its role in optimising the potential of humanity beyond what is currently known.

As Sharyn's search for greater understanding continued, in June 2011, she encountered Guruji Mahendra Trivedi on a webcast and experienced her first energy transmission from Guruji. Mr. Trivedi explained that he has the unique ability to harness universal energy and transmit it to living organisms or non-living materials anywhere in the world. The energy performs intelligently and benefits each recipient in such a way that effectively alters their behaviours and characteristics. This phenomenon he calls the Trivedi Effect. After the initial energy transmission, Sharyn experienced a deeper more peaceful sleep and awoke feeling well rested. Sharyn was also impressed with Mr. Trivedi's demonstration of scientific studies proving the existence of a universal intelligent energy through unbiased, rigorous, scientific experiments and measurements with pictures of the impact on the biofield energy of various plants. Intrigued with this experience, Sharyn then joined the Trivedi Organization in October 2011 and enrolled in the Trivedi Healing Master Program. In this program, on a continual basis, she was able to access this energy first hand that powers the Trivedi Effect. As a result of these energy transmissions, Sharyn has experienced a greater calmness, physical well being, and rejuvenation, as well as, mental and emotional well being. She has also felt greater self esteem, happiness, without fear of the future, and an altered perception and love of life. Sharyn also enjoys deeper relationships with family and has witnessed a noticeable favourable impact of the Trivedi Effect on loved ones and others.

Additionally, through the energy transmissions, Sharyn has encountered higher levels of consciousness and has enjoyed profound experiences and greater progress along her spiritual journey. Ms. Sodomora feels more deeply connected to her soul and spirit, and her capabilities as a healer in Reiki and Reflexology have been heightened.

Sharyn continues to be impressed by Guruji Mahendra Trivedi's extensive scientific studies, as he has amassed over 4,000 experiments in the human health arena, cancer, microbiology, genetics, livestock, agriculture, biotechnology, and materials science, and over 250,000 testimonials on the Trivedi Effect's power to uplift every aspect of the human condition. Mr. Trivedi was able to prove the existence of a universal intelligent energy through these many unbiased scientific experiments and measurements, which showed the impact on biofield energy of his harnessing of the universal energy and transmitting it to various plants, animals, and non-living materials. Furthermore, Mr. Trivedi has had nearly 200 papers published in leading international peer reviewed scientific journals, documenting the measured results of the Trivedi Effect, thus eliminating the possibility of a placebo effect. The Trivedi mission statement is to utilise the Trivedi Effect to usher in a new era that integrates scientific research with consciousness to vastly improve the human condition and benefit humanity on a global scale. To that end, through the leadership of Guruji Mahendra Trivedi, Ms. Sodomora and seventeen other healers in her group (Cathryn Nykvist, Celine Lavelle, Daniel Przybylski, Dianne Vincent, Dorothy Felger, Douglas Konersman, Elizabeth Feeney, Jay Prague, Joanne Starodub, Karan Rasdan, Karen Strassman, Leonid Soboleff, Marie Mayne, Mary Keesee, Padmanabha Pillai, Pamela Ansley, and Ronald Schmitz), participated in the investigation of the energy that powers the Trivedi Effect. The testing was done in collaboration with an international, multi-billion dollar research organisation to study the impact of the Trivedi Effect on various nutraceutical products.

Additionally, it shows great promise for anti-aging, antioxidants, probiotics, prebiotics, and overall health for the betterment of the world.